Improvements to the sound system, missions, and many other additions of CamoTactics for you to enjoy. With extra pictures!

I made good progress on CamoTactics. I settled with a decent UI style, improved sound (you'll love this), created a ready-for-action mission system, including general polish, amongst more. The next release is planned towards end of December or start of January next year. Till then, you can download version A1B5 build here:

Sound is finally played directionally or in stereo. Different sounds are used depending on your distance to the sound played. In other words: an explosion in the distance has a more damp or dull sound as one played up close. This can be extended to all sounds, but it'd make only sense for really loud ones (gun shots/explosions). The result of this however is really amazing and has enhanced the gaming experience A LOT.

The mission system I prototyped before A1B4 release has been finished to a state it can be used to create mission based gameplay. As far as I'm concerned, I should be able to do most if not all functions a decent mission requires. For example, I can make enemies spawn if certain conditions are met, let a dialog pop up, start a new mission, kill off one entity, add HP to one entity, and so on. The player receives reward upon completion, and you can also fail your mission (even if you dont know you did - this still needs decent UI feedback). 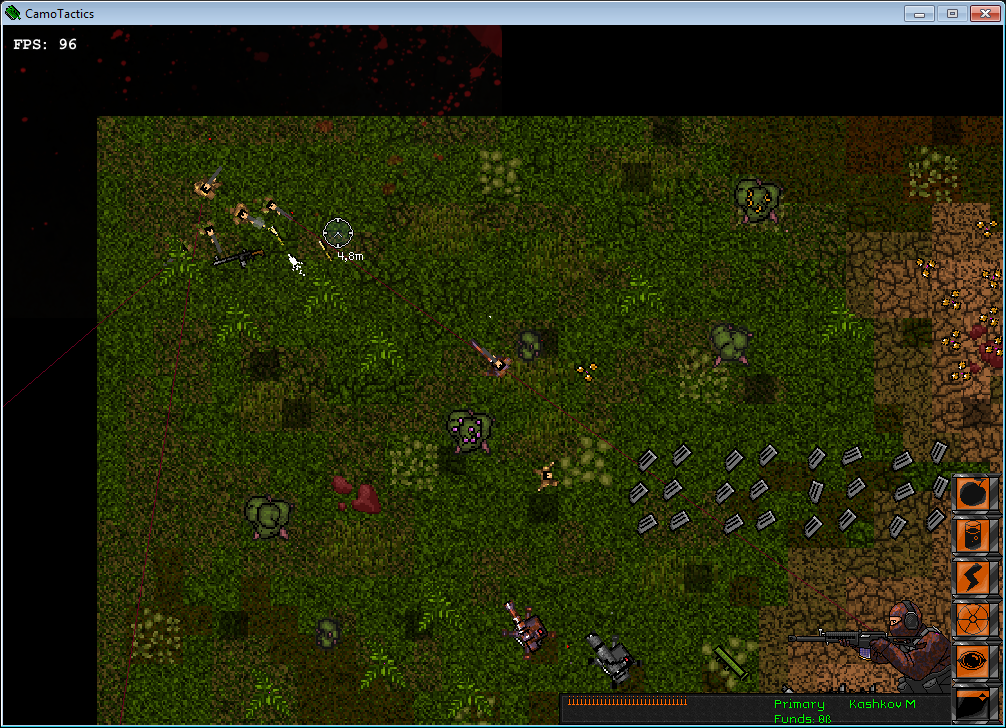 I've experimented with AI, improving targeting by taking sensors into account, and adding a simple zombie bot. That zombie bot is going to be the base of all AI I'm going to make , and I've prepared a solution for pathfinding already. AI is still a huge deficit in this game. To the left you see a squad of enemy soldiers being spawned once you enter a certain area (There's a missile in white shot from an friendly AI bot about to hit them and kill them all).

Other things that were added are chests, death avatars, plants that grow and are harvestable, (still buggy) melee weapons and fire modes, customizable weapons (you can use that already), a prototype skill system and a new HUD. As for general polish, the screen is shaking now if the player is close to an explosion and improvements to UI components have been made. I've also implemented mouse control to the game. You can aim and use most components, including the inventory, with it. 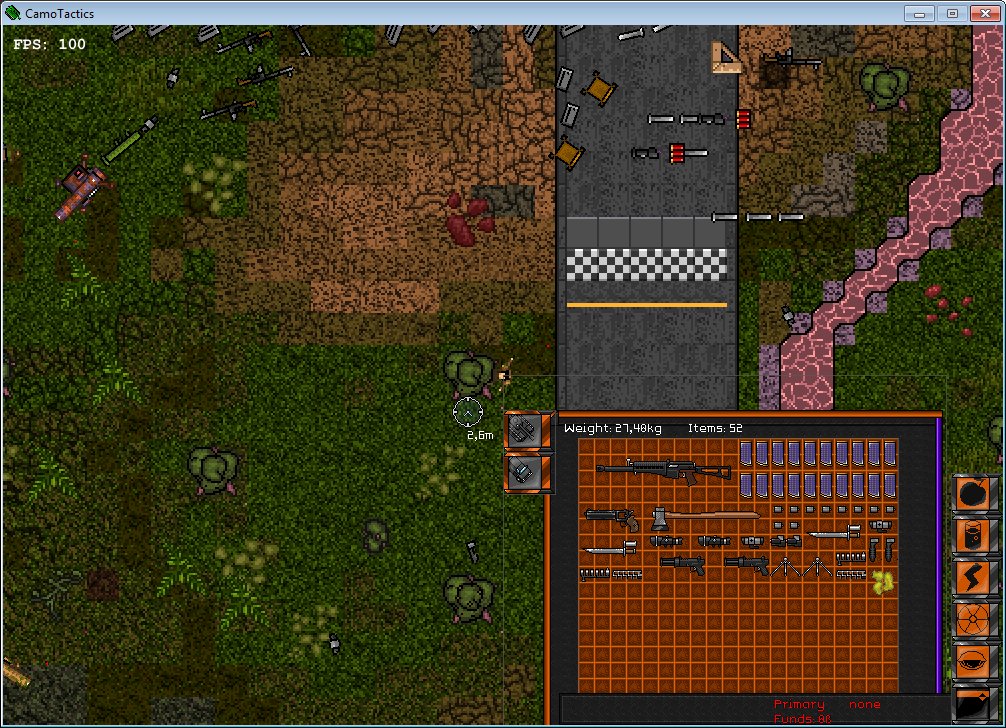 I'm currently in the process of reimplementing visual effects such as explosions, muzzle flash, and other particles. Doing this I've noticed many flaws and unnecessary complexity in the visual controllers for entities. I'm in the middle of implementing a complete new, much more simple and flexible system. It allows me to do some neat things in the future as well.

Despite of some delays the game is getting forward and I will keep pushing it forward. Considering the progress, I won't be able to finish this game with complete story for the planned release in February. But I think it is realistic to say that till then, it's going to be out of alpha stage with one completed game mode (likely tower defense/zombie mode) for sure. There are still a lot of things to do in terms of AI, doing missions/levels and the story itself. 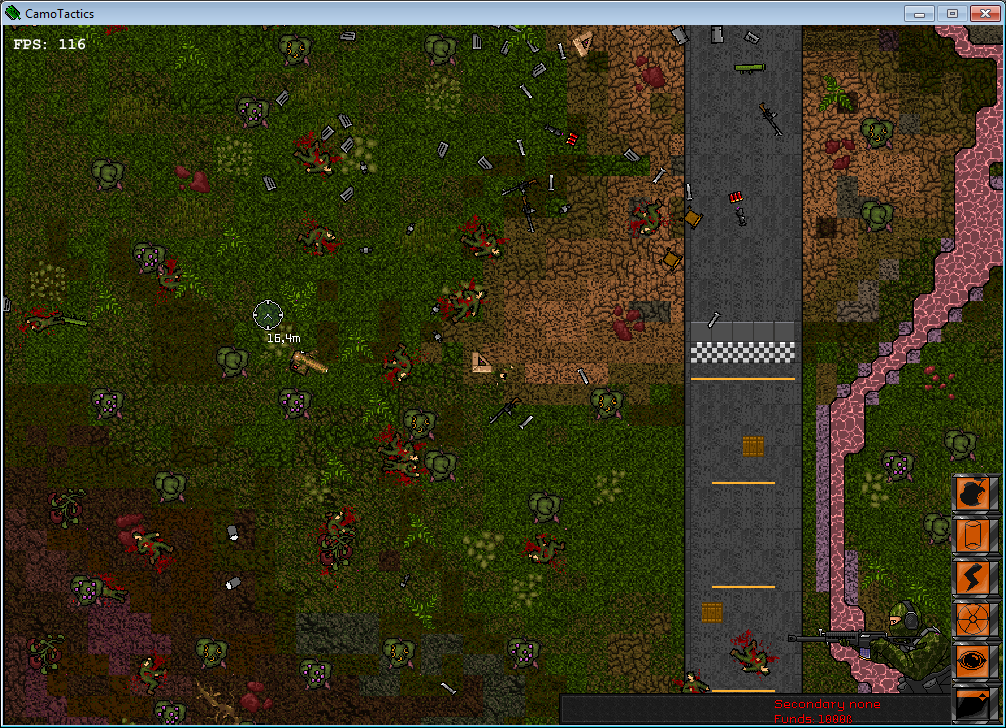 Until February next year, I expect to have a decent AI, most of the planned UI screens, and a working skill system in place. Improvements I want to realize till then mostly surround camouflage mechanics, shaders, camera/viewport, dialogs. Story artwork is in the progress too, something I really look forward doing.

Thank you for reading! Stay tuned.