UPDATE: Current download is down due to some issues with the arena map. Fix was uploaded, waiting for it to be re-authed. Until then, you can get the game on GameJolt.

In this build, most changes where of internal nature. What's visible as user: camouflage is reimplemented, so you can use that to your advantage; You can actually mount vehicles; some first furniture is already in; you can use the camera to zoom in (handy for scopes and binoculars later) and of course: a major graphical overhaul! 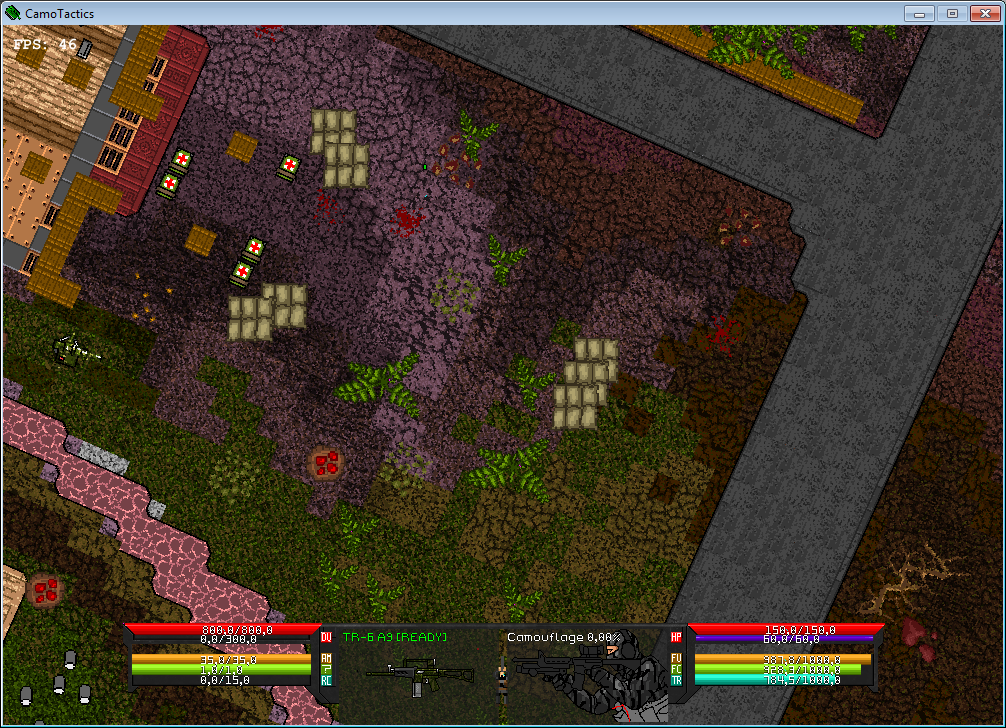 Since I wanted missions to take place at different locations and climates, I thought, why not coloring tilesets the same way I am coloring entities to spare me some work? I made the tiles smaller (16x16 instead of 32x32 pixels) and added a new rendering method using patterns and textures. All this gives CamoTactics a very distinct look it lacked before the A1B5 release. 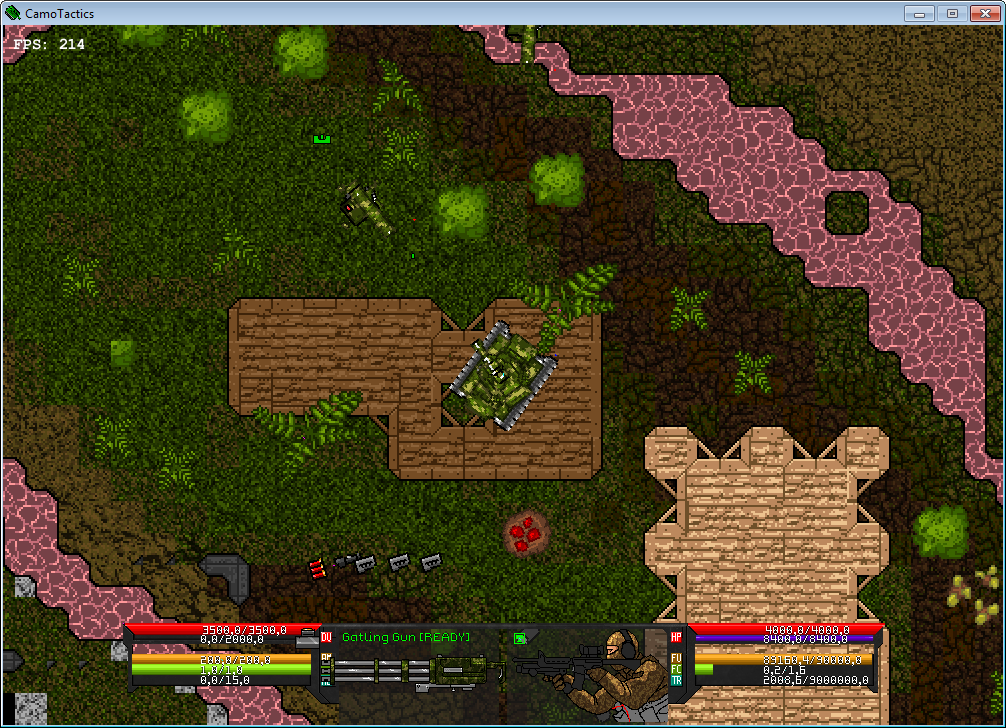 Build 5 feels very different from the previous ones, as you have to take cover frequently if you don't want to die (in addition to keep moving in order not to get hit). It's a small step towards putting the "Tactics" into CamoTactics. 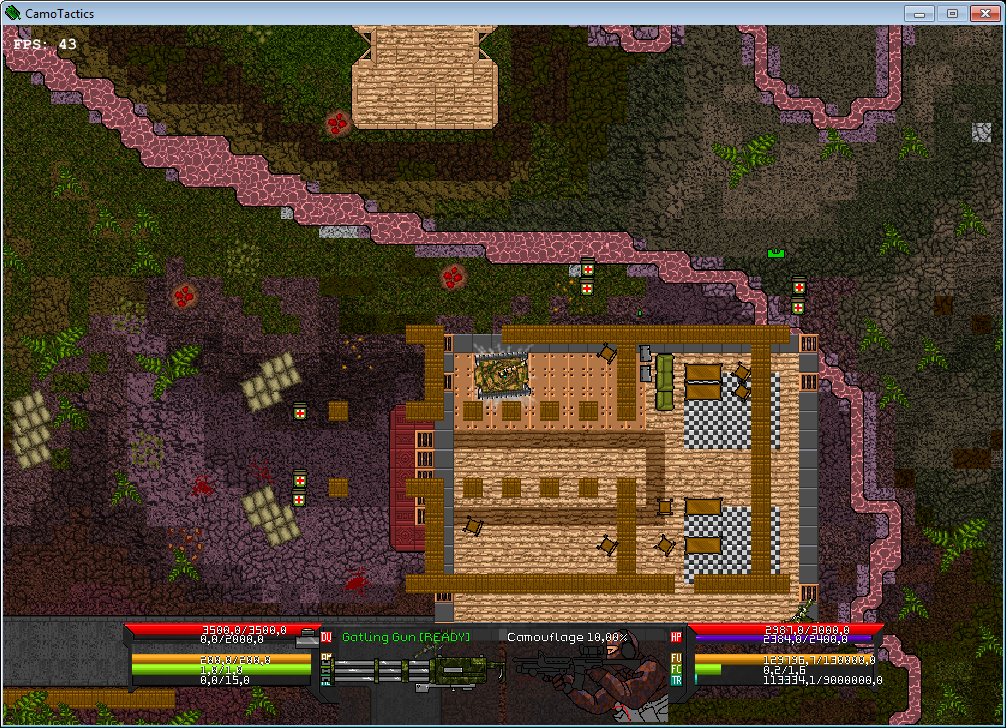 Yet a lot of work has to be done in terms of user interface. Colored text support and a few other useful things are completely lacking and yet have to be coded. Tweening is another something I want to add, together with mouse input and further graphical enhancements. 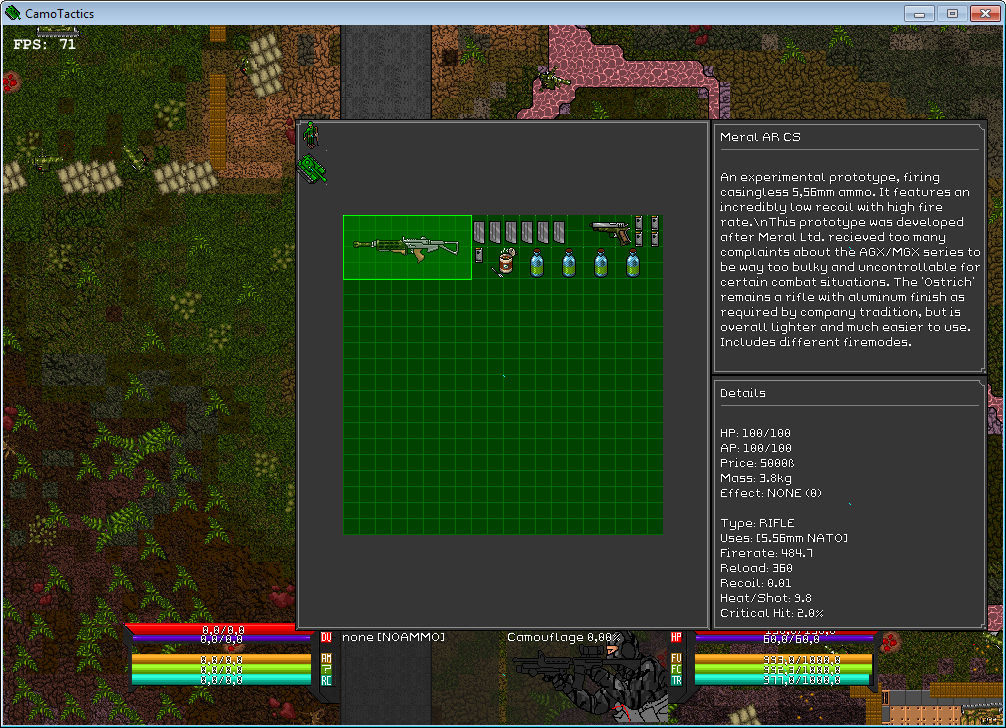 A lot of improvement is needed for some architectural things too, especially regarding graphics controllers and collision detection. Performance can be improved significantly here.

Talking to my sisters about my game was very insightful as well. A lot of ideas and suggestions to improve the game design were shared (parajump sequence for missions, alternate universe, odd life forms to mention a few, some of this is already showing). I do value this kind of exchange, so you are most also welcome to share your thoughts, ideas and criticism with me!

The next release I will focus on more weapon types (melee, flamethrowers, chainsaws), containers and gates, mouse input, interface improvements and full implementation of either story or tower defense game mode.

Thank you for reading! Hook me up if you found any bugs!