Well as most of you have seen there is rapid development on the mod with all the daily shots we've thrown your way. but lets take a minute to bring you up to speed as whats in the game as of this time:

First off the federation and klingons are nearly complete, a few tweaks and adds with mining stations and a few extra ships (klingon side) and their respective research trees will have those two factions near enough done. 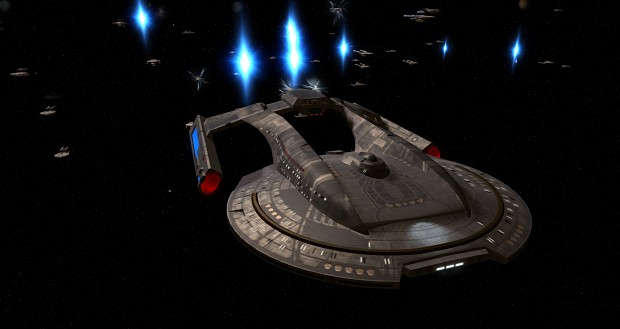 In addition the romulan and borg factions are coming along very nicely as many of you have seen there is now all the main UI's drawn and implemented, in the next beta pack (see the image gallery), we also are working on the faction buttons now also to complement those designs per faction. 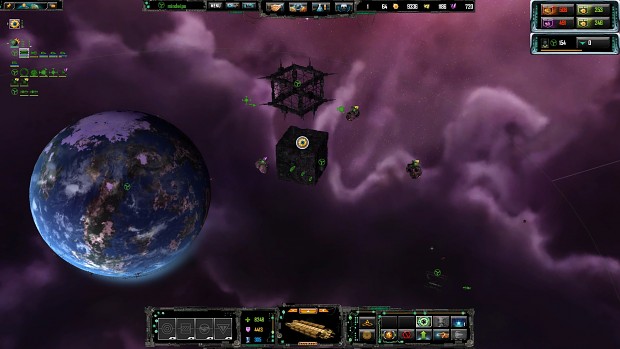 We have pretty much daily been conducting tests with all the new content to maintain the stability and connectivity for people playing multiplayer..this includes bug fixing "the infamous 2 gig limit crash on 64-bit systems etc etc etc. we a
lso have included a couple of additional beta testers and reviewer copies to pl like XP gamers to have a try at and review as well as give us feed back on things we may not have noticed. 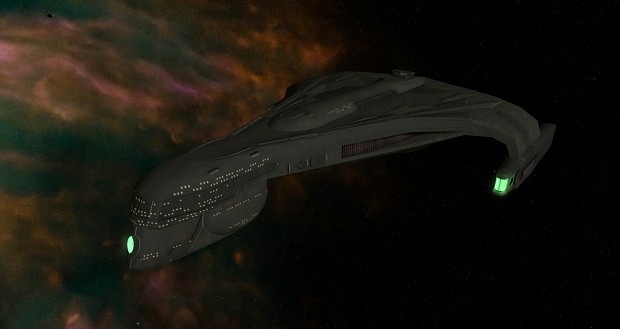 One of the best new features to come into the mod (aside from the cleaned up music honoring the composers of the original trek games).. is a little feature Max Loef came up with for the borg.. its basically a taunt with a debuff bonus that cools down over a certain time.. the beauty of this debuff is you truly feel how menacing the Borg are.. the literally say "WE ARE THE BORG, YOU WILL BE ASSIMILATED RESISTANCE IS FUTILE" and every player in the vicinity will here that and be slightly debuffed because effectively (the borg just adapted)...

One thing many people have wondered about is "will the game be balanced?" the answer is yes.....the federation, klingons, romulans and the borg will be true to their traits. scale also is a factor on thisgame also i mean the borg cube vs an ambassador.. (yeah you saw the screen shots) however the ships as capitol ships are balanced equally on strength and research so that UBER cube isn't as easy to get your hands on as say 2 sovereigns and an ambassador...

However to counter point that the cube can do allot of things if allowed to level up.. ..

At any rate i babbled on long enough for now.. there is plenty more to come over the next few weeks .. we are rushing diligently to get a release out to you but we don't wish to spoil the experience but rushing too fast .. plus we're effectively a team of 3..

Nonetheless... there is more to come so keep your eyes on the daily shots to see what new little tid bits we have coming..

It'd be cool for a future patch to get some Vulcan/Andorian ships for the federation side.

not likely. future ideas are the Cardassian Dominion, Terran Empire, and doing a TMP era version. but our main focus is on the big 4 for now and that's what the first release will be.

Yeah that's why I said for a future patch, when the full version is fully done. Just an idea though.

I suppose it's fair enough. I mean, the Borg had to assimilate half the Delta quadrant before they could start pumping out Cubes and Tactical Cubes.
Everything looks amazing! Keep the brilliant work up! Also, Live long and prosper \\// .

I hope you put the dominion and the ferengi in :)

They're hoping to include the dominion in the future after the main release at some point. My only hope is that the Breen warships are available as a cap ship if and when they do add it. I goddamn love those ships!

Techno if anyone is our top follower you are ;) took the words right out my mouth

I try ;) What can I say? I like the work you do. Always a pleasure to see something worked on with love and care by people who aren't receiving any real recompense for it.