Our first guest is an unpleasant inhabitant of the desert — an elusive subterranean worm.

Posted by HardLaneStudio on Aug 1st, 2021 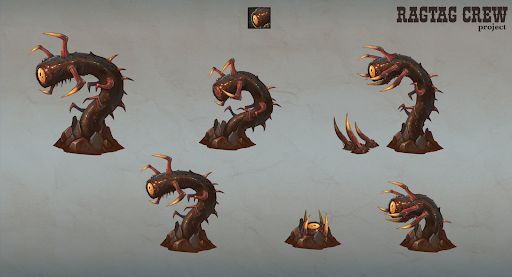 This creature hunts surface dwellers from the safety of the sands, striking the unaware prey with its spikes.

When the worm emerges, it's vulnerable. But damage it even a little bit, and the monster burrows back under the ground. Sands protect its body from further damage, making it non-targetable until the end of the turn. 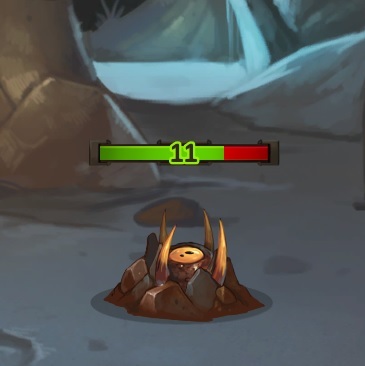 This annoying ability renders the usual "hit it till it dies" tactic ineffective. Still, you can hit it with your strongest attack once each turn. Even better, use the other characters to buff the sole attacker and crush it with overwhelming force!

Even though beasts are scary, you should never forget about the most dangerous game — man. Enter the Scavenger Technician. 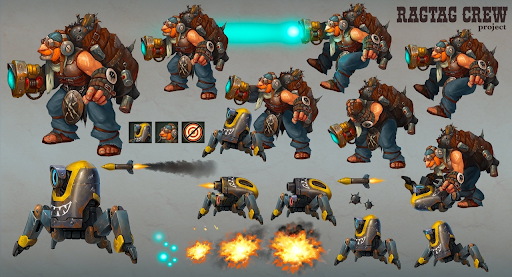 Scavengers aren't looking for trouble, but they know how to protect themselves. A technician is no exception: he has a fine gun, though his signature ability utilizes ancient robots.

Like some other powerful moves, robot activation takes several turns. You can recognize that by a small clock icon near the planned action.

If the scavenger isn't killed or interrupted during the preparation turn, he'll release his toy with the following action. This robot minion it's the most threatening enemy around, but together with its creator, they will cause you some trouble.

You can try to kill the technician quickly, but it's easier said than done. His big health pool and other scavengers shooting at you can put a stop to that plan. Stun him or use taunt to buy the team some time.

Good luck, and remember to stay alert in the desert!