It’s been a long time since Alpha 11, but at last, Alpha 12 is entering its public Wip cycle!

It’s been a long time since Alpha 11, but at last, Alpha 12 is entering its public Wip cycle! Starting from today, you can find a link to fresh Alpha 12 wip build on Discord (Discord.gg) 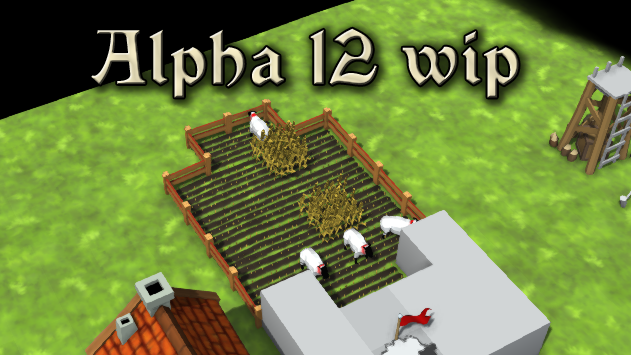 Long story short - lots of coding, game design, artists interactions and debugging went into Alpha 12 over the past year. There are several new big changes and improvements in the game:

As always, a word of caution - anything described below is not final and can change during or after Alpha 12 release.

One of the things that bugged me from the early days of this project, was that Leather Armor, albeit looking cool in all those modern movies and TV series, was not actually period correct. It is Gambesons that were mainly used. Now with Fences that were added as a prototype in Alpha 11 we can finally do that - add Sheep, Wool and Gambesons. Each piece deserves a separate paragraph to introduce and to explain: 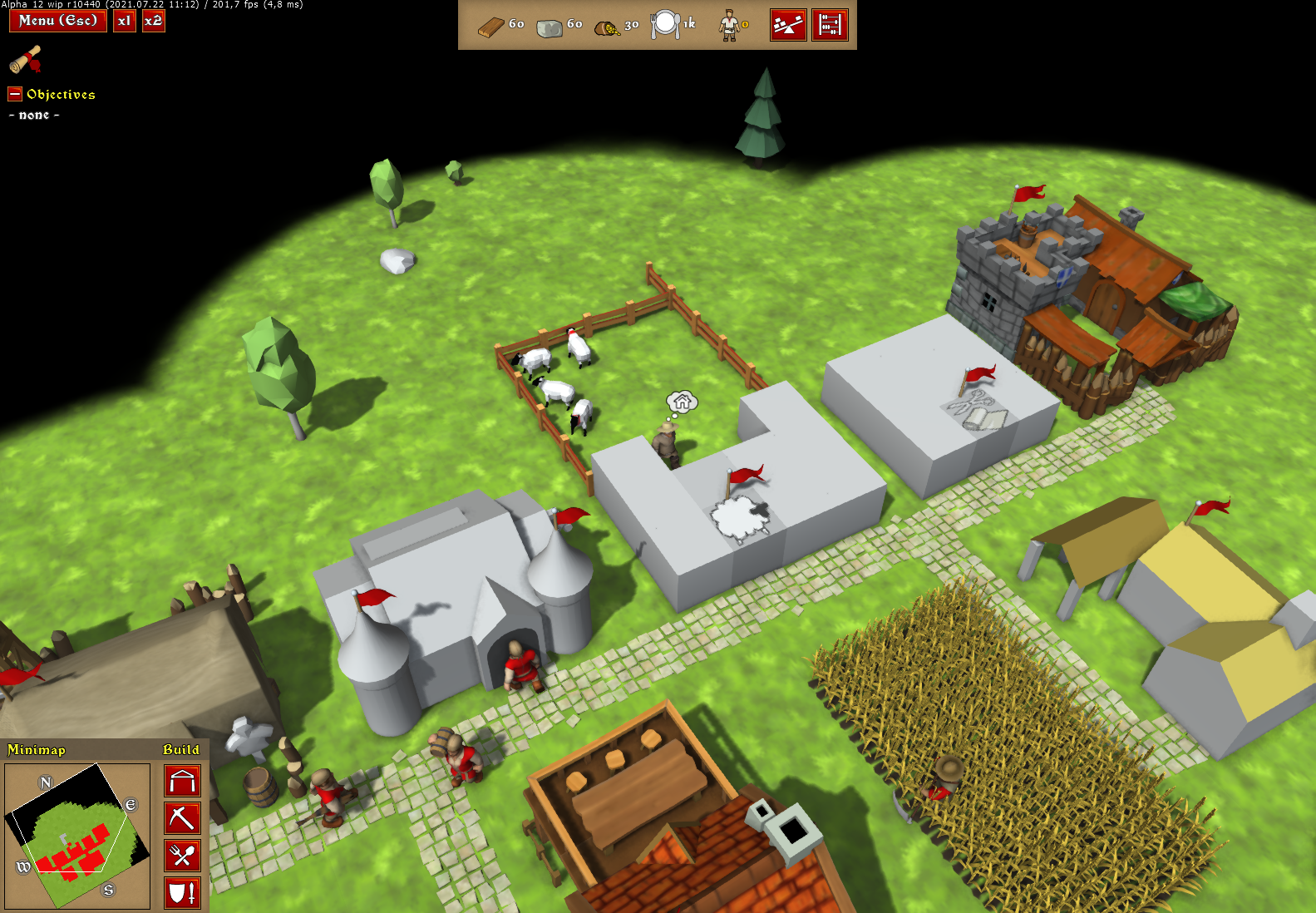 With that in mind, the old leather production chain (CowFarm -> Cowhides -> Tannery -> ArmoryWorkshop -> LeatherArmor) is no longer in use. Cowhides, Leather and Leather Armor and Tannery become obsolete and are removed from the game. The sheep concept is a testbed for all other animal breeding concepts. So changes to the meat production line and stables are also on the roadmap.

With fences having a bigger role now, it was time to rework object picking - a way game detects what object should get selected when a mouse click occurs. Now you will be able to select more of in-game objects - fences, trees, ore decals. Selection precision was also improved - now the objects are being selected by their shape, not by the footprint on the terrain. Here’s a developers view on the object shapes: 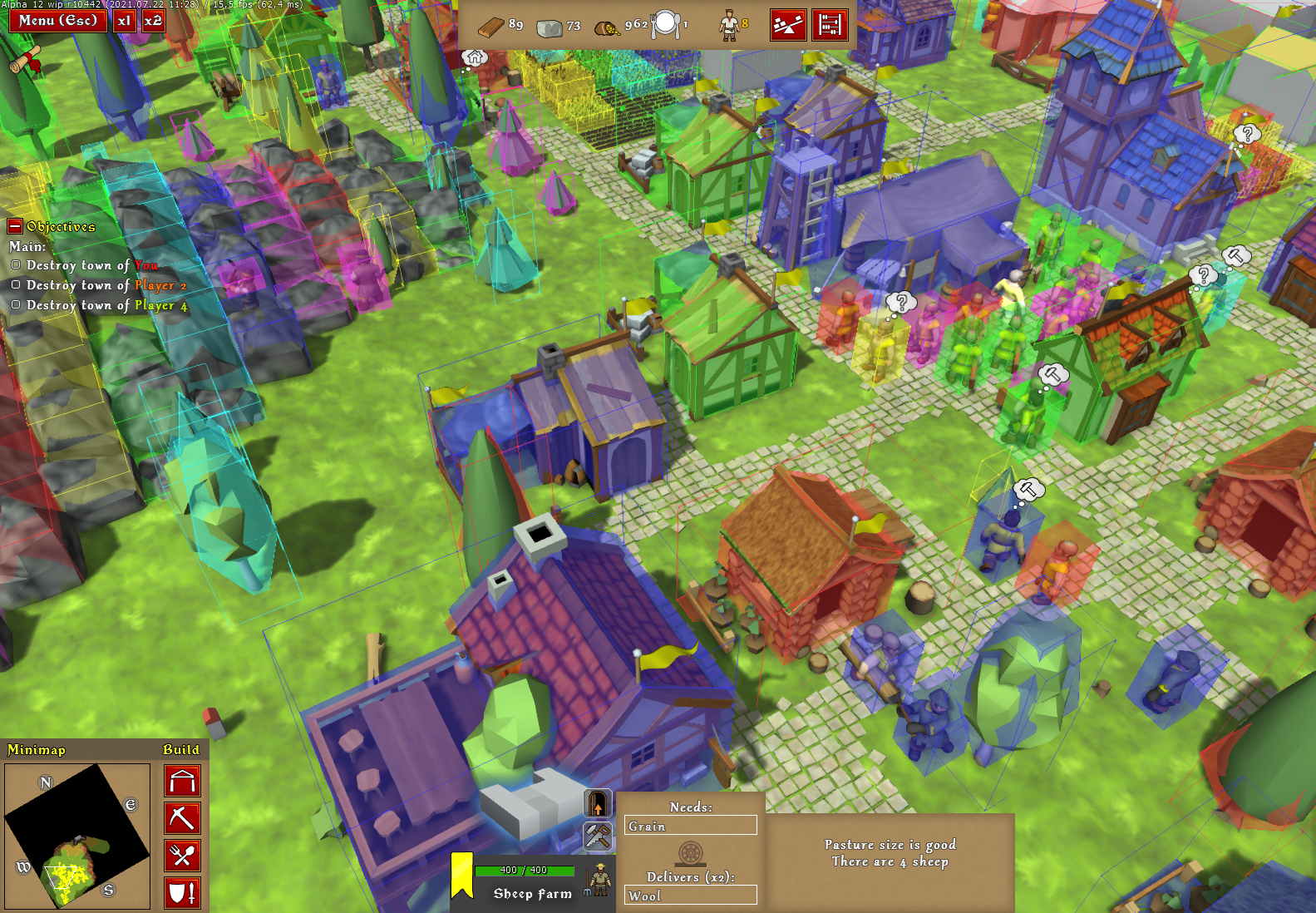 There is also a new HUD for selected objects. It has more focus on the object's avatar and is intended to be closer to the final looks it will get in the future. It is still in the prototype stage.

Sidenote: Apparently, finding a good UX/UI artist is really hard. I have been searching for several months now with mixed success.

Waterfalls and support for multiple water levels were added

Now there can be up to 4 different water levels (each with its own waterbody setup). Water shader was also slightly improved. Setting up waterfalls is a chore, but I’m hoping to improve and streamline that process based on your feedback.

This change also caused the rework of the way waterbeds and shorelines are set up - now it’s dynamic and depends on the actual tiles that are covered with the water. So there’s no more “underwater” surfaces. Any surface can be a waterbed now - even hot lava xD. 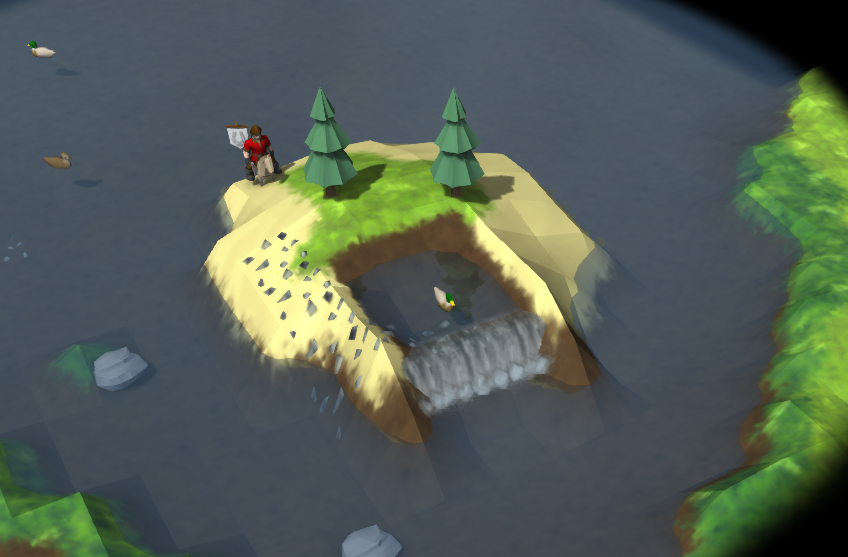 Among other noticeable improvements

In-game changelog - now you can see what is new and what has changed since previous builds.

Improvements in AI city planning - e.g. now AI will try to restore road/building plans if the worker building them dies

Download links to new Alpha 12 wip builds will start to appear in the Discord #new_versions channel (along with changelogs) (https://discord.gg/cEwJFSY). Give them a try! I’m looking forward to your feedback on Discord! (Discord.gg

There’s also a new channel for Knights Province videos - Youtube.com The videos on the channel will be about announcements, development updates, map highlights, and more. Right now the channel already has some playlists with mapmaking, development and gameplay videos made by other KP community members. Let us know if YOU are someone who makes KP videos and would like them featured in the official playlists.