With the recent launch of the alpha version of Starsss, the journey of crafting the game has only just begun. So here are some of the future plans for what's to come for Starsss.

With the recent launch of the alpha version of Starsss, the journey of crafting the game has only just begun. So here are some of the future plans for what's to come for Starsss.

New Worlds
While this may not be new to you if you have been following the recent blog updates, the ice world is definitely coming! Featuring a new background track composed by James, this new world consists of slippery floors and new powerful foes that will stand in your star-chasing adventure.

New Unlockable Characters
With Ro joining Beat in the family of characters that you can play with, this shows a clear sign that there are plans for more characters! 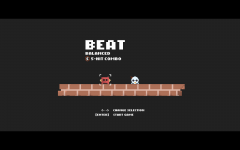 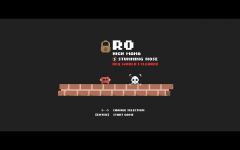 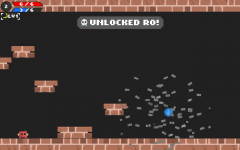 New Abilities
While this isn't often highlighted, new abilities are definitely planned and will arrive one after another in the future path ahead for Starsss.

Currently, you can get any of the 4 existing abilities (wave, fireball, heavy wave and impulse) from collecting stars. However, similar to how characters can be unlocked, the future abilities might require you to spend time playing the game and clearing certain requirements to unlock them.

Leaderboards/Challenges
As suggested by a follower on the TwitchTV channel (yes we do listen to your suggestions), adding a "Total Time Spent Clearing Stages" feature to Starsss will definitely make the game more challenging.

On top of that, an online leaderboard could also be added to the game to complement it. Just imagine being able to see how fast you were in completing the stages as compared to other players! 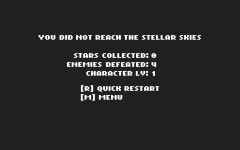 So... what's next?
The current version - v0.02 Alpha, brought to Starsss a new playable character - Ro, new special skills for the characters and the new 4th ability - Impulse.

So what do you think of the future plans for Starsss? Feel free to voice out any suggestions that you might have!

Remember to also vote for Starsss on Steam Greenlight and get the game right now for only 35% of its final price!