Having dates to look forward to is definitely exciting! And the release date of the Asuka update is no exception! There are only 4 days left till 3rd February arrives!

Having dates to look forward to is definitely exciting! And the release date of the Asuka update is no exception! There are only 4 days left till 3rd February arrives! 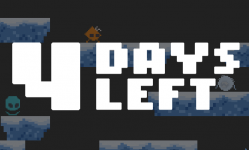 So put that date down in your calendar right now! While it isn't long ago that the new ice world was added to Starsss (in v0.03a), there is nothing wrong with giving you another awesome character to play with. In fact, why not have them both? 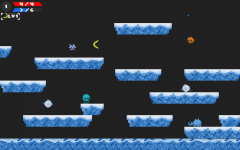 On top of being the 1st female character in Starsss, Asuka also has the fastest legs. Her agility and smaller figure is what will give her the upper edge in action.

Asuka's special skill, Counter, also allows you to deflect and return enemy projectiles. If you can master it, reward yourself with a cookie!

So look forward to the new Asuka update that is coming this 3rd February!
Now there is just 1 last thing you have to know for today.

Starsss on Desura
Starsss is also coming this February 13th on Desura! You can already pre-order the alpha version now on Desura!

Now if you haven't heard about Desura, it is a community driven digital distribution service for gamers. Basically, you can get games, downloadable content and mods from Desura.

So if you want to get Starsss from Desura instead of from the WhiteSponge site, you can do so now!

So to get Starsss from Steam, help Starsss get green-lit by upvoting it on Steam Greenlight!

Starsss on TwitchTV/YouTube
And lastly, you can also check out today's live stream (now uploaded onto YouTube) for a sneak preview of a possible 4th character! Enjoy!