After a week of waiting, Asuka has finally arrived in Starsss! In addition to that, today's update will also be about the future roadmap of Starsss!

After a week of waiting, Asuka has finally arrived in Starsss! In addition to that, today's update will also be about the future roadmap of Starsss!

The Orange Speedster
Firstly, let's give a warm welcome to Asuka! After a long wait of 7 days, you can finally play as Asuka in Starsss! 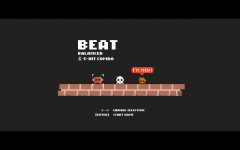 In contrast to Beat and Ro, Asuka has a distinct characteristic of having the fastest legs. She can easily run across platforms in a flash.

However, she also has significant less starting health than Beat, who can be considered a rather balanced character.

To really experience how she plays like, play the game now! 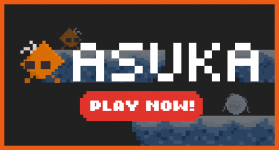 Starsss - The Roadmap Ahead
The past few months of progress for Starsss have been awesome. Firstly, Ro was added, along with special skills for playable characters. New character growths and abilities such as Impulse were also introduced to the game soon after.

And not to mention the ice world update that effectively doubled the amount of game content in Starsss! 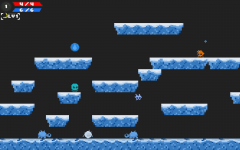 Now, with the addition of Asuka, that makes 3 playable characters and 2 worlds that you can play as and challenge. However, your star-chasing adventure is only just beginning.

To give you an idea of the roadmap ahead of Starsss, check out the roadmap graphic below!

Just One More Thing
There is just 1 more thing…

Remember how Beat is a balanced character and Ro is a character with more mana than health? That means that there is a possibility of a new character having more health than mana!

Say hello to the 4th character! To catch a sneak preview of her, check out today's live stream session (that's now on YouTube) ! Enjoy!