So if you haven't heard, Starsss is a roguelike platformer that will be for PC/Mac/Linux. This means that elements like health (HP) and character levels come into play.

So if you have not heard, Starsss is a roguelike platformer game that will be for PC/Mac/Linux. This means that it will have elements like health (HP) and character levels.

Besides randomly placing the walls to form the edges of a stage, creating the stage also involves placing the platforms for your character to move about. 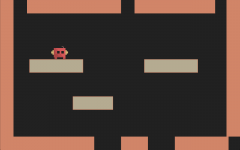 Each platform has its own left and right edges that have to be joined via center platform tiles. If you noticed carefully, the platforms have various widths. This is also done to create a more randomized stage to play in.

And depending on the character that you have selected (yes there will be multiple playable characters!), your starting HP might differ. On the other hand, you will always start from level 1 on every game restart. 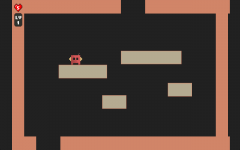 Notice where the words "LV 1" are at? That is what you will see when your experience (XP) bar is empty. What happens if you are at say, 50% or half way to the next level? 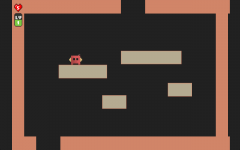 If you have played at least 1 RPG before, you will know how leveling works. If not, basically you gain XP from defeating enemies (yes they are not added yet). And as you do so, the XP bar will gradually be filled up with green. 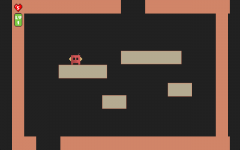 And if you are interested to see what really goes on with adding those platforms, check out the recorded live game development stream session on YouTube (streamed via TwitchTV) below.