In Starsss, you will be chasing after stars while fighting against various types of enemies. However, how far you'll get through the game depends on the weapons that you use to defeat the enemies.

In Starsss, you will be chasing after stars while fighting against various types of enemies. However, how far you'll get through the game depends on the weapons that you use to defeat the enemies.

So on top of the existing two weapons - Wave, a basic attack that can be used without any charging delay

And Fireball, a slightly stronger (but slower) attack that has a slight charging delay,

I have now added a new weapon called Heavy Wave!

As the name implies, Heavy Wave is a stronger version of Wave. While it does more damage than Wave, it has a longer charging delay and it only covers a short distance. It also differs from Wave in that it is more suited against enemies that can't attack you from far.

Now while you will get a different weapon every time you collect a star, that doesn't happen all the time. So if there are a few fast-moving and low health enemies heading your way, and you have Heavy Wave which can only be used after its charging delay, let's just say that things won't look too good.

So instead of having that situation, now you'll be able to have 2 weapons, a primary and secondary weapon at once! Now don't be too happy as there is a catch though. 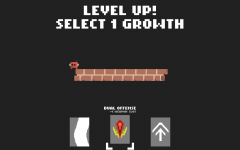 Yes It comes in the form of a growth called Dual Offense! That means that you will have to get to at least level 2 in order to learn it. I assure you that it is definitely worth it though.

From learning Dual Offense, you will be able to use different weapons for different types of situations using your C (which stands for change) key. Pressing the C key will allow you to switch between your primary and secondary weapons anytime you want.

The C key is also right next to your X (used for attacking) and Z (used for jumping) key. Pretty convenient right? 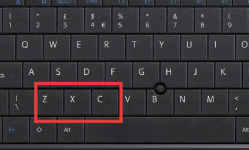 And as usual, check out the entire live stream session now uploaded on YouTube below!