Most of the work this last build was in the framework for missions, (which includes) first contact scenarios. So, this build may seem a little light, but it allows for a much greater expansion in the future. That said...

Missions are up and running! 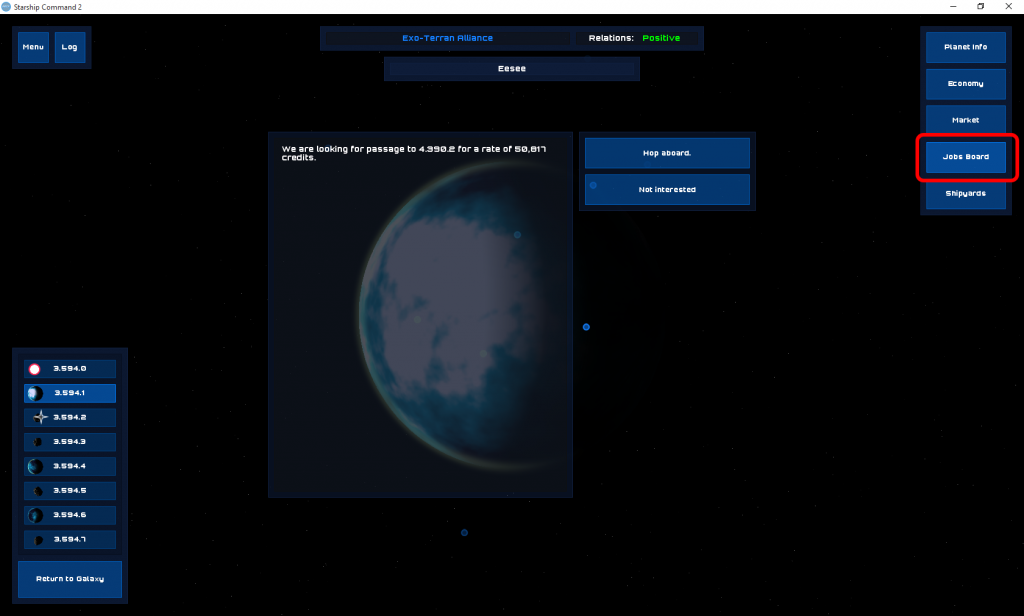 The Job Board can be accessed at any habitable planet that your empire controls. 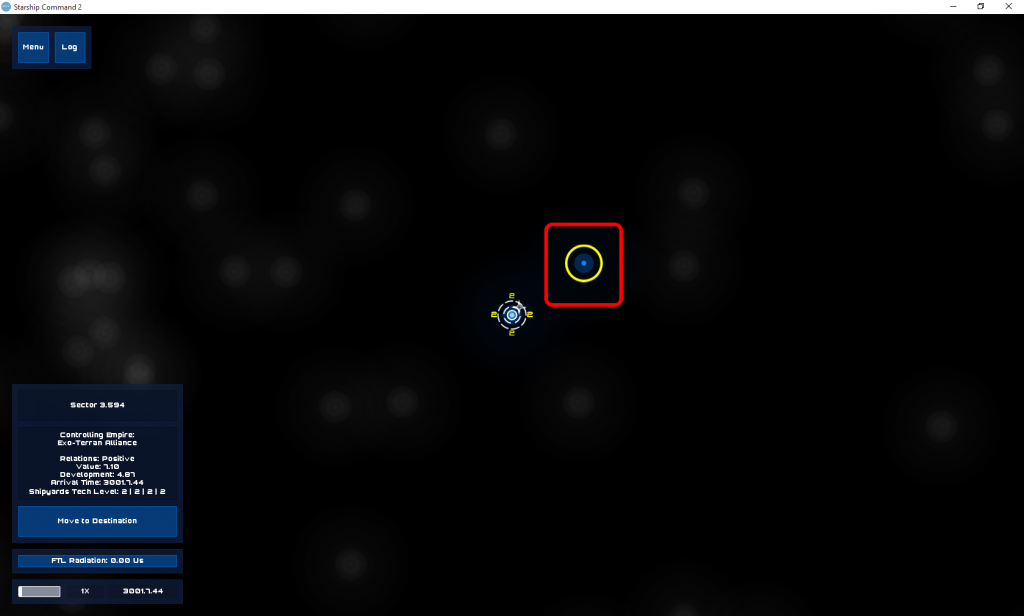 The yellow ring in the galaxy view highlights which sectors have an ongoing mission. 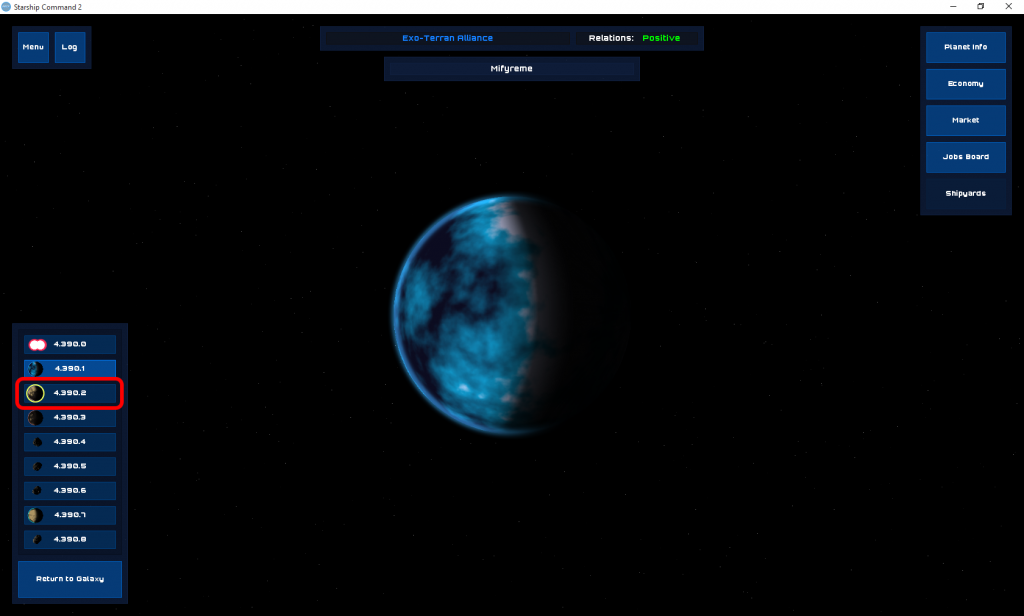 In the sector view, the yellow ring will appear around the planet the mission is looking for. 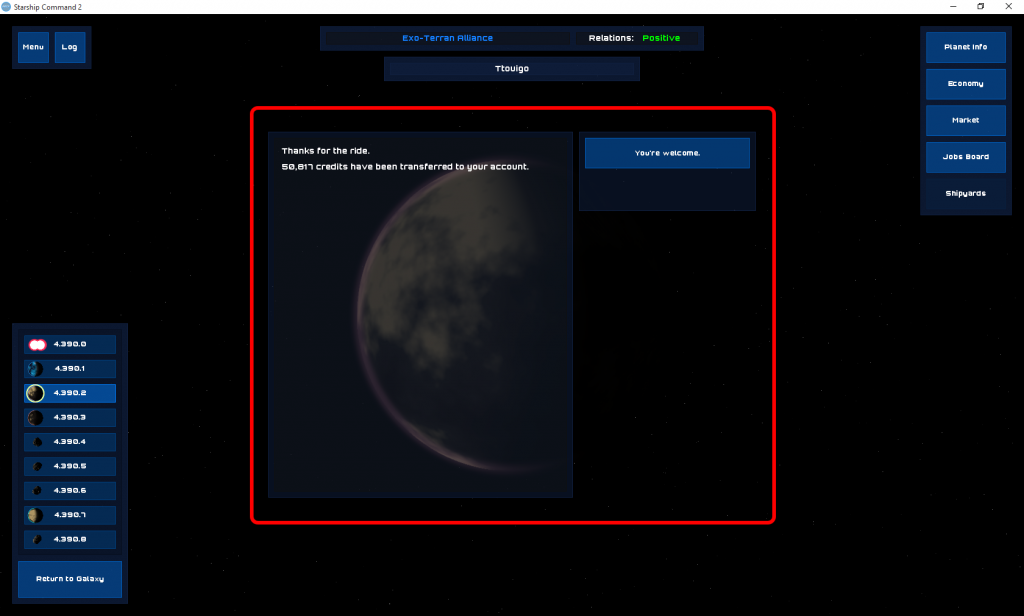 Upon visiting the target planet, the next event in the mission will trigger.

So, that's it I also have a tool for creating missions, but that needs a little polishing before release.