It took a while, but the basics of ship combat is now in Starship Command 2!

Combat! Yay! It took a long time to get out a new build, but it's here. 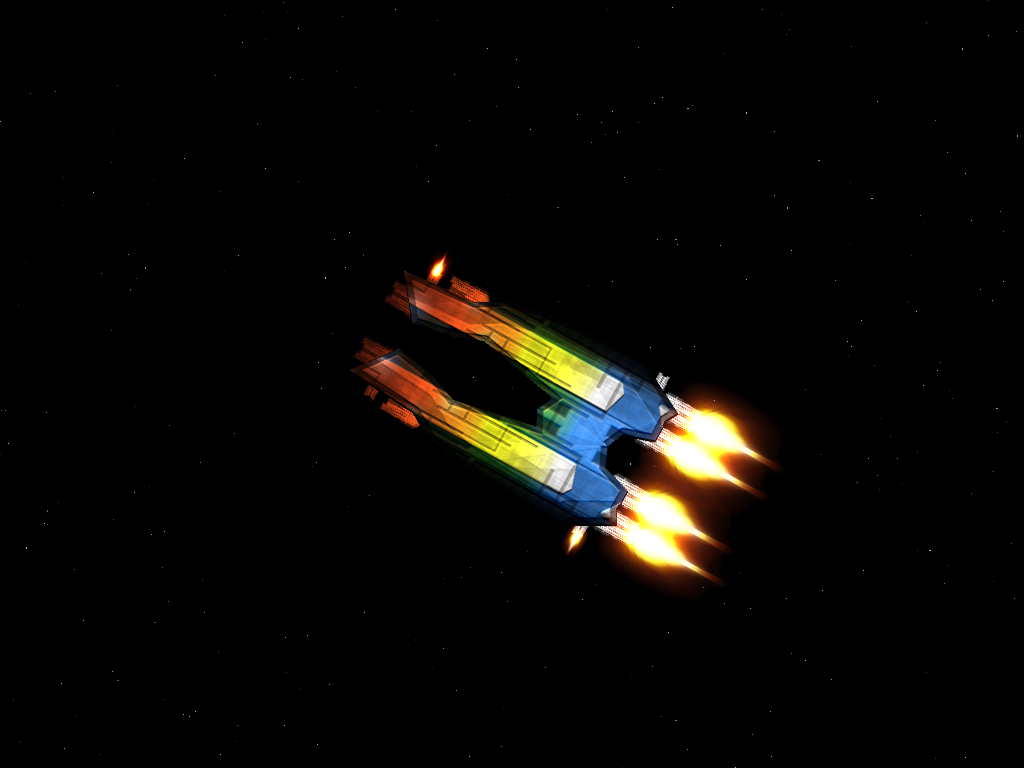 Along with the combat screen, this build also introduces the Sensors component. In the galaxy view, it will de-fog undiscovered sectors that are claimed by an empire, instead of having to visit each sector individually. In the combat view, they try to lock in on the target's position using it's noise. The noisier the ship the easier time your sensors will have. When a weapon is ready to fire, it uses the data from the sensors to determine what angle to fire at. So even if the sensors fail to accurately lock in on the target, the weapon will fire at where they think the target is.

This gives an advantage to small ships that they are harder to hit at longer distances.

Noise is determined by how much power you are running through your components. So if your engines are at full throttle, you'll be a much easier target to hit.

Shields offer a fixed, determined amount of damage they can take. Every time they are hit by a weapon, the damage is taken away from the amount of the shields' charge. Shields also have a "field integrity" value, the lower the value, the more damage will "leak" through and damage the hull. The more damage a hull takes, the greater chance a component will be damaged and unable to function until it is repaired.

Hulls don't offer a fixed, determined amount of damage they can take. Every time they are hit, there is the chance of them suffering a catastrophic hull breach and exploding. The more damage they accumulate, the greater the chance of this happening. The more mass and structural integrity the hull has (which is shown in the shipyards) the more resistant it is to this happening.

Right now, only primary weapons (beams and pulses) are working. Secondary weapons have yet to be coded. And it is very unbalanced, now that combat is in, I can tweak things to match and offer different strategies, rather than guessing. And there is no control of ships in your fleet, they just act autonomously. 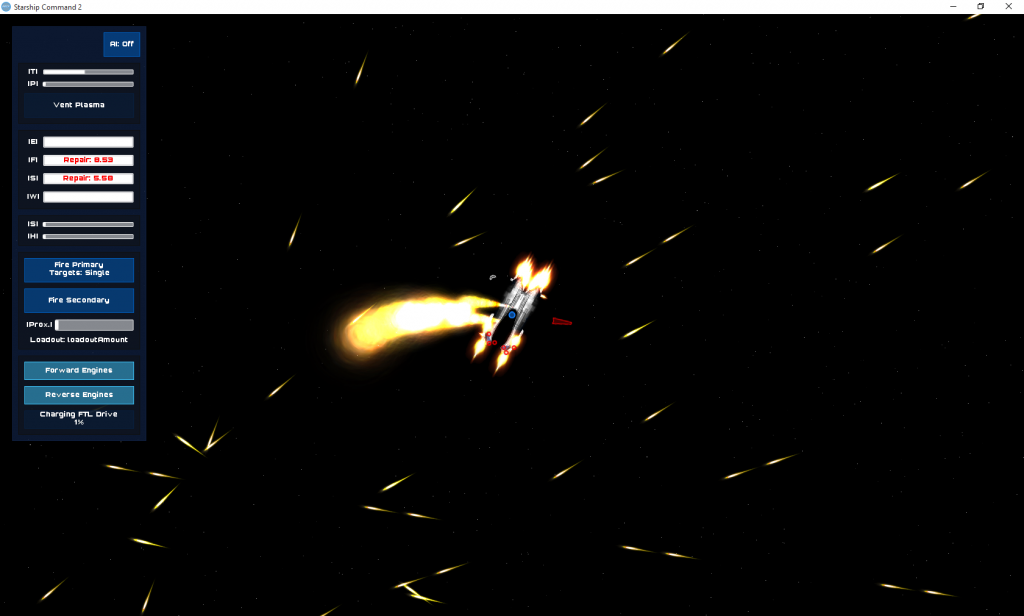 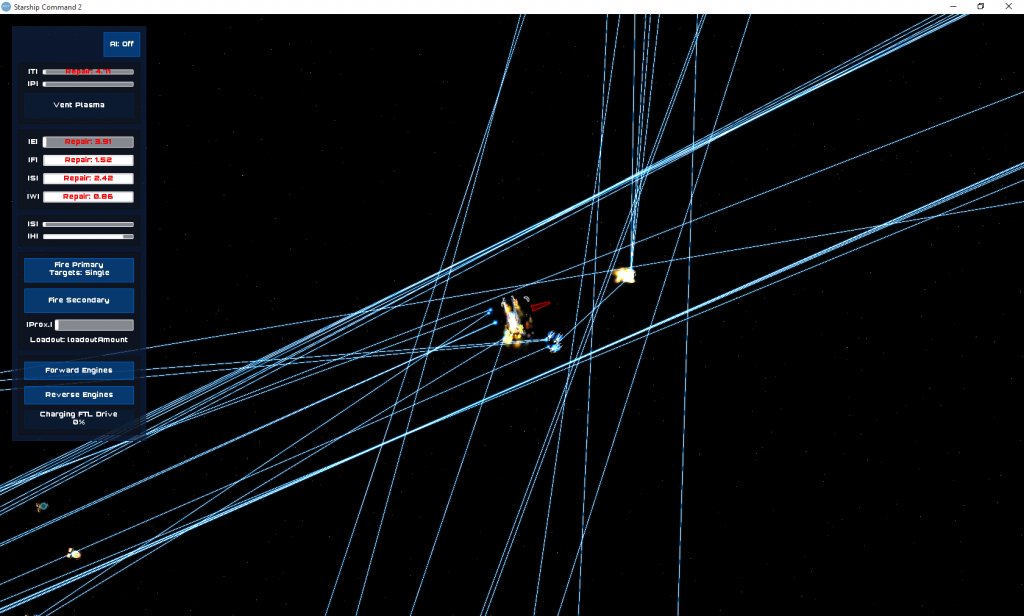 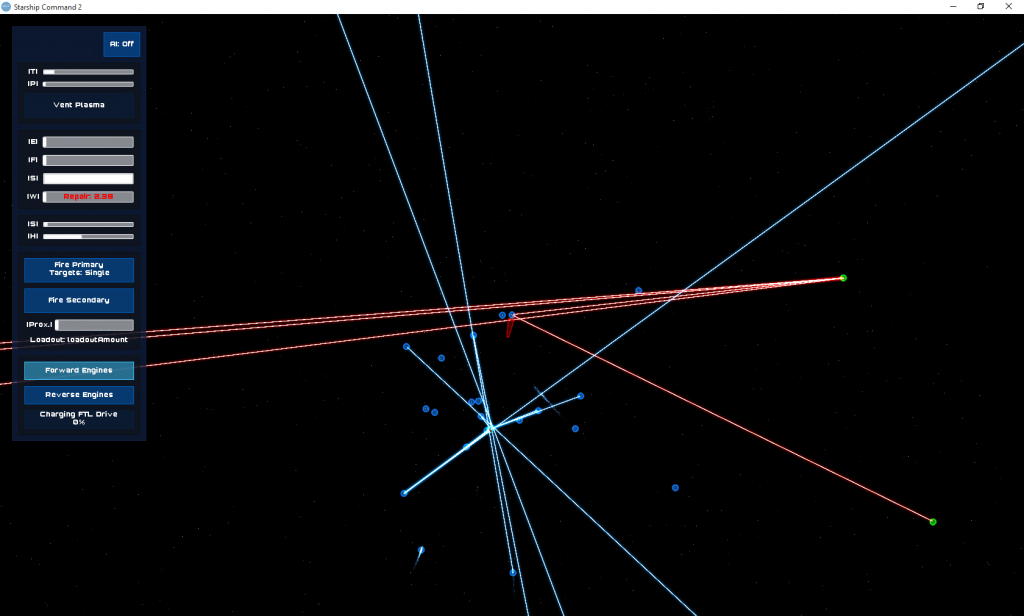 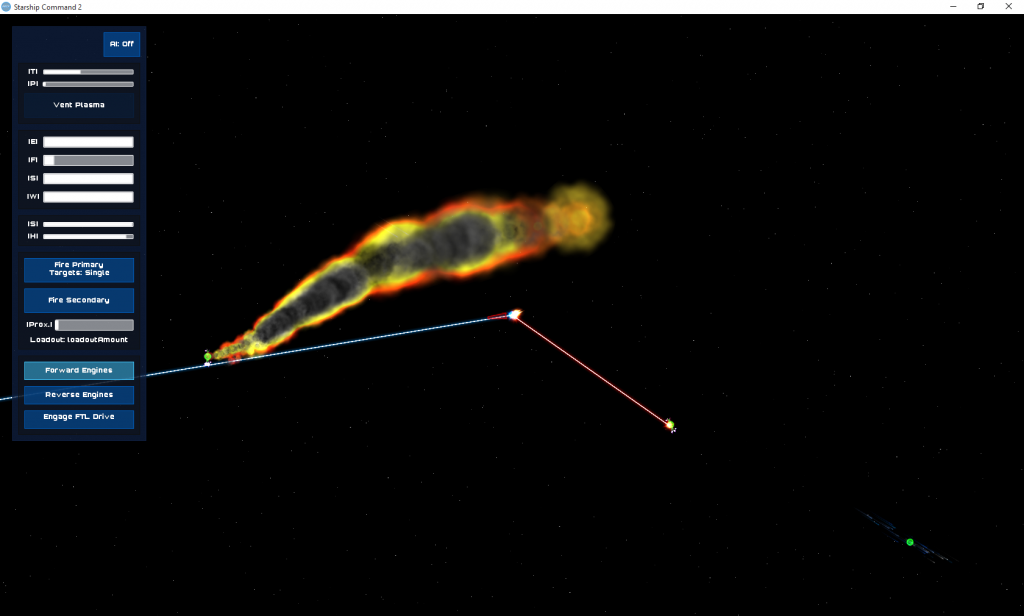