When exploring, if you come across an empire that hasn't discovered space travel yet, it is "uplifted". This incurs an economy debt to the new empire and it will not expand until it is filled. While the "debt" is active though, the empire receives a massive research boost. This gives the incentive to find these civilizations and use them so they will have components generations ahead of a normal empire.

There are two main kinds of secondary weapons, the warhead weapon and the field weapon. Warhead weapons breakdown into three types,

Point defense is also introduced in this build. It automatically tries to target incoming warhead and spend a fraction of the weapons' charge to detonate the warhead. Field weapons generate an area around the ship that continually damages all (enemy) ships caught within it. It is also the only weapon that can be maintained while travelling at FTL. 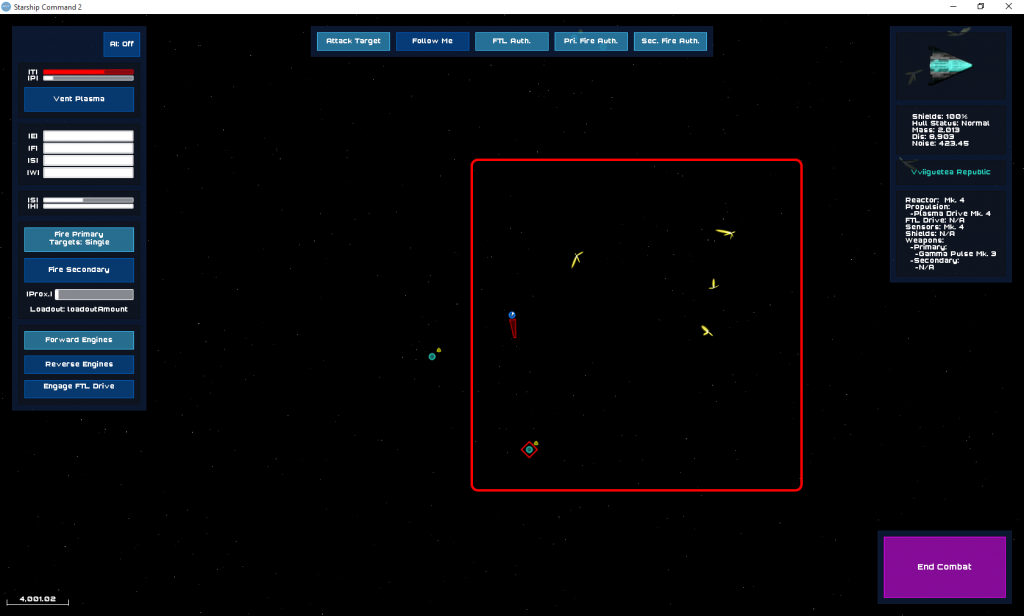 Torpedoes closing in on the target (the red diamond) 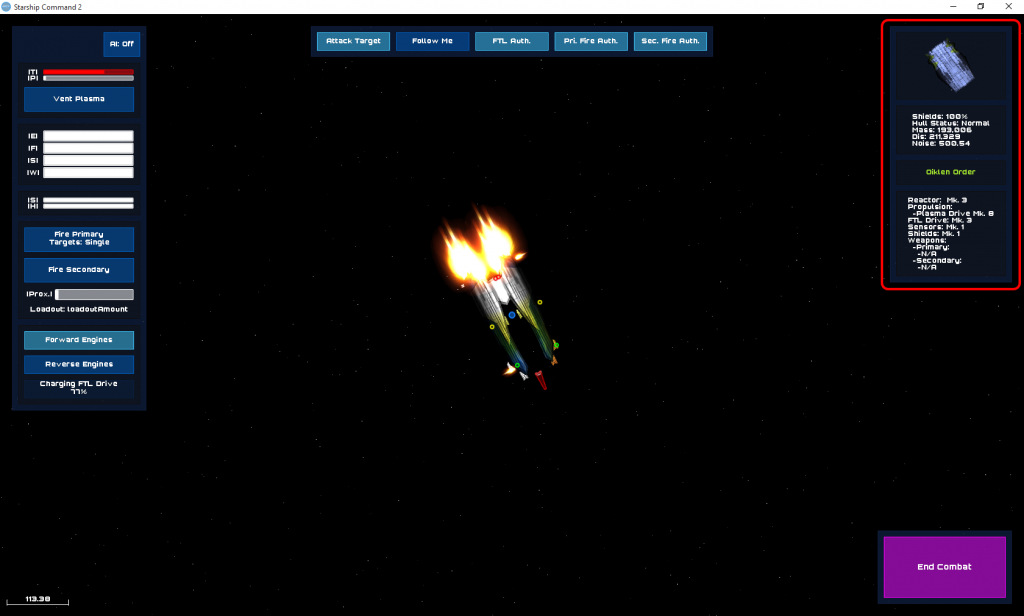 In the upper-right corner is the new Target Window showing the ship that is currently targeted, its' status (shield strength, hull status, mass, distance and noise level), the empire it belongs to, and a component breakdown of what your ship's sensors could determine. 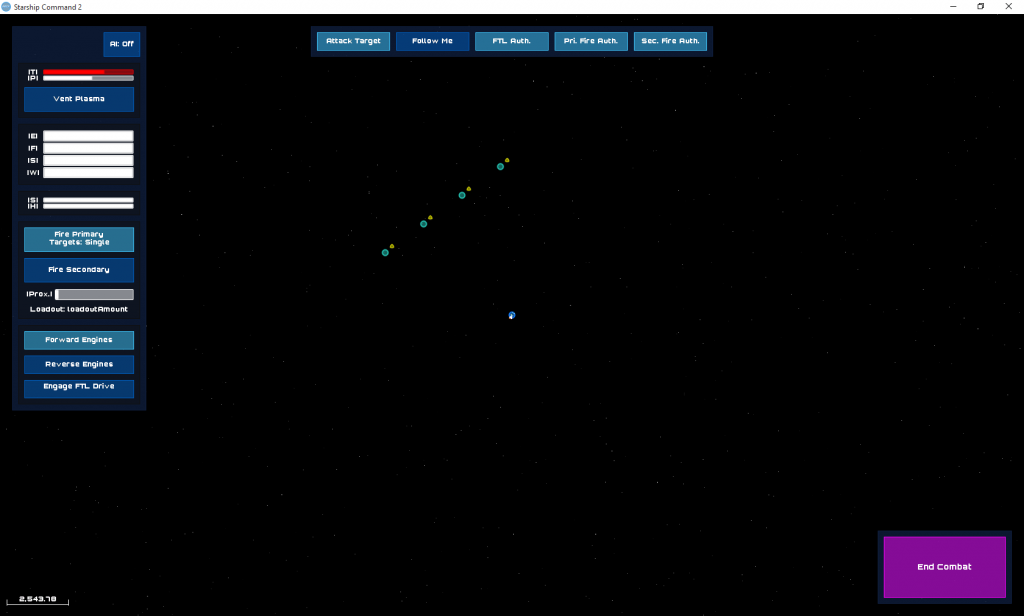 Targets can be selected manually by clicking on the ship marker (the colored circle). On the upper right corner of the ship markers is the empire relation status icon, yellow means neutral, green friendly, and red hostile. 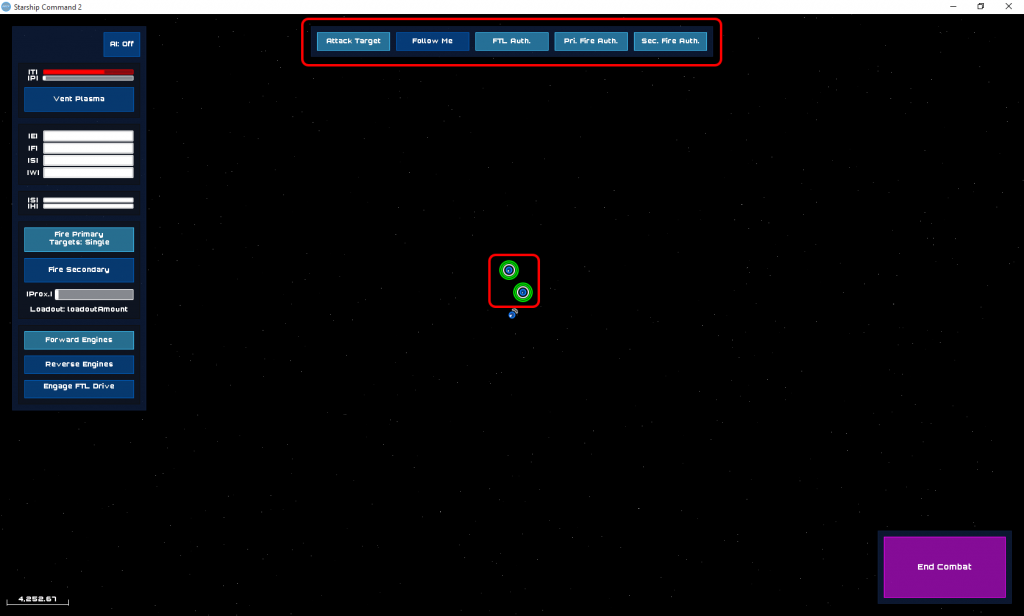 The fleet control bar in the top-center of the screen allows you to toggle commands.

The ship markers that are surrounded by the two green circles indicate the shield and hull status of the ships in your fleet. The outer circle indicates shields, while the inner circle indicates hull. When either goes down, the color of the respective circle will fade to red the further down it goes. 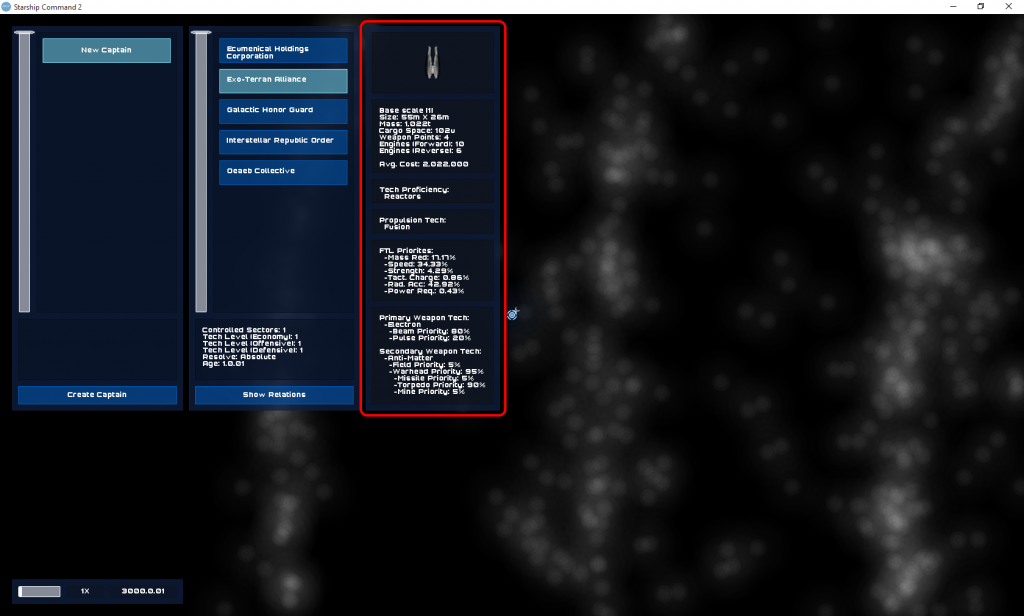 The empire information panel has been changed. It now shows the empire's tech proficiency (the area that it receives a boost in), and the chosen propulsion, primary weapon, and secondary weapon technologies and the weapon types breakdown.

After a successful (or at least survived) battle, you will be rewarded with an amount of credits based on the value of ships destroyed. Also as an effect of a successful battle, if the battle was damaging enough to the enemy empire, it will surrender some or all of it's sectors to your empire: 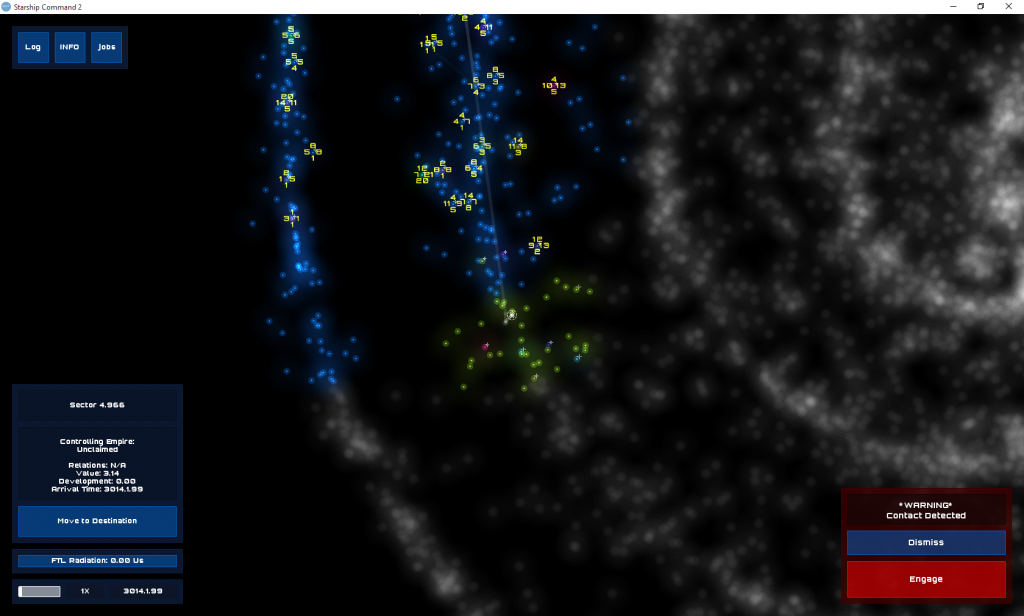 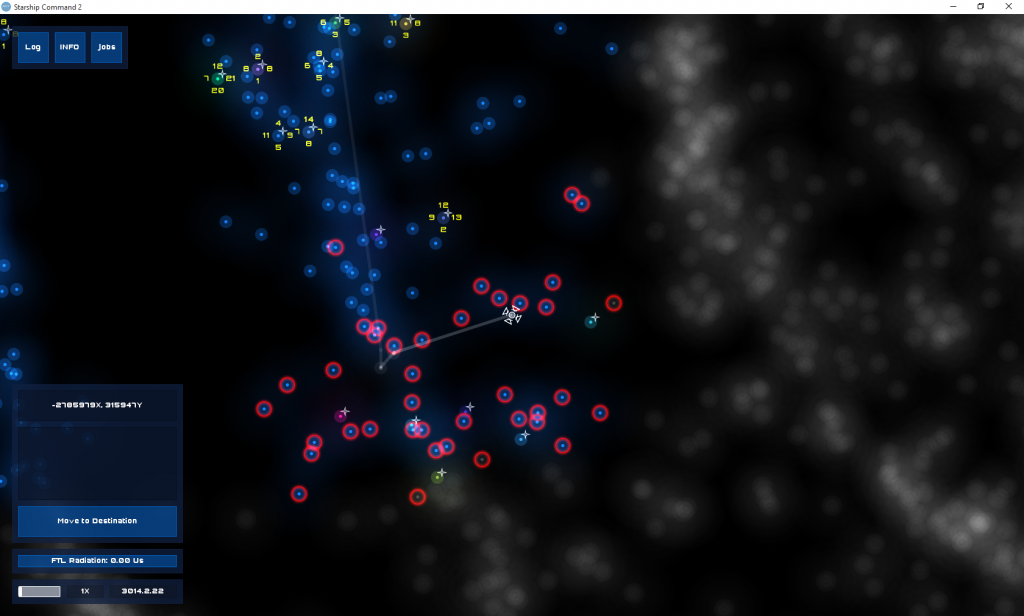 After combat and the enemy surrendering.

In the shipyards, the bug that wouldn't let you sometimes select the last weapon arc of a hull, should be worked out and squashed. Also, a "Make Flagship" button has been added to the top of the fleet list. Since the first ship in your fleet is the flagship and if the flagship is destroyed, then you die. I added a simple button to promote the selected ship to the top so the fleet could be arranged.