FTL Drives and You

FTL Drives have been introduced in the latest build of Starship Command 2 along with other new features and small bug-fixes:

Right now, the only type of FTL is a basic Warp-Drive style (there are other types planned for future work).

The warp-drive style has six properties: 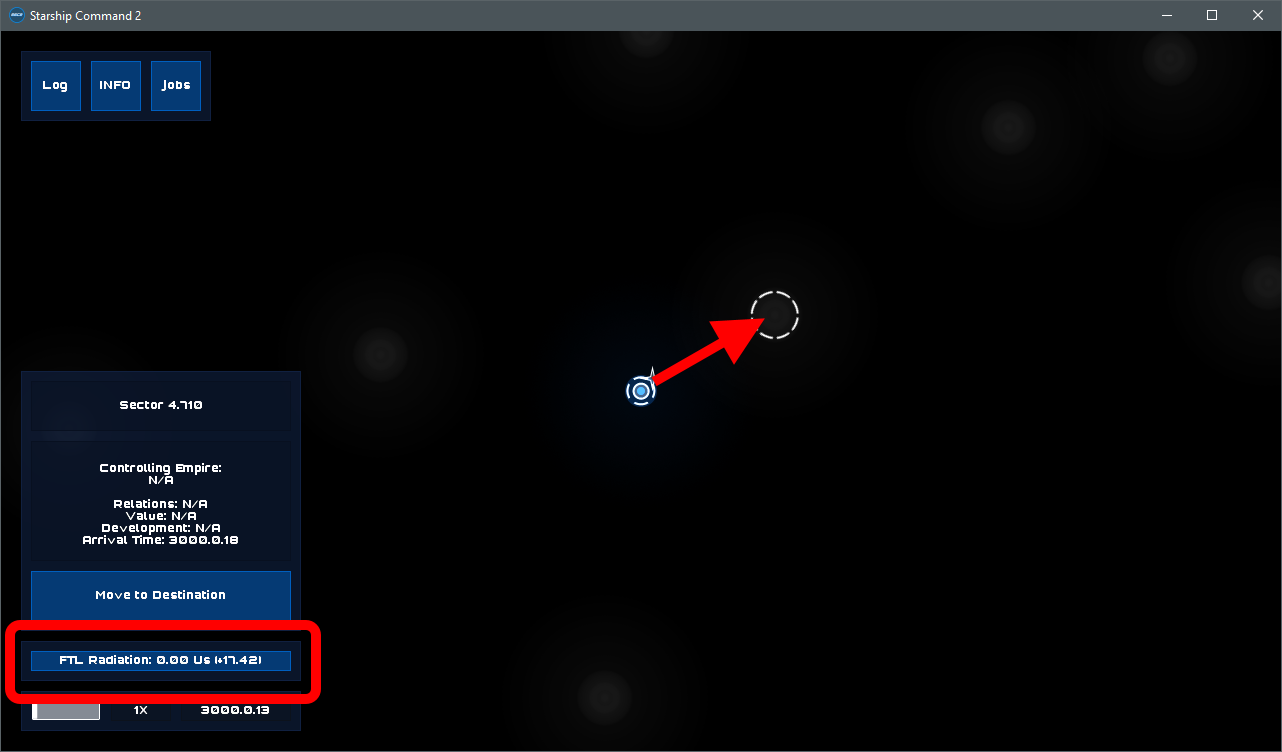 When it reaches max, the FTL drive will shut down to vent off the radiation. This can be quickened by pressing the FTL Radiation button: 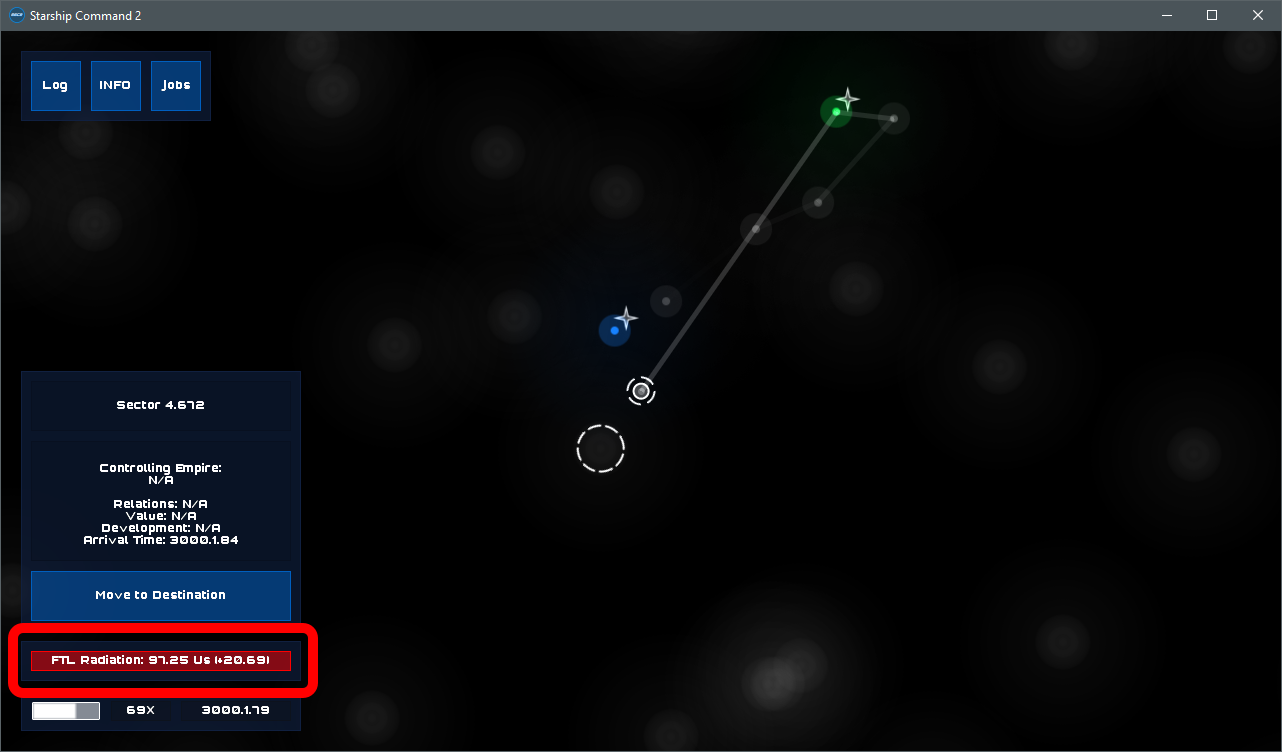 Or the radiation can be removed immediately by visiting a shipyards.

The shipyards will show a comparison of their FTL drive and yours: 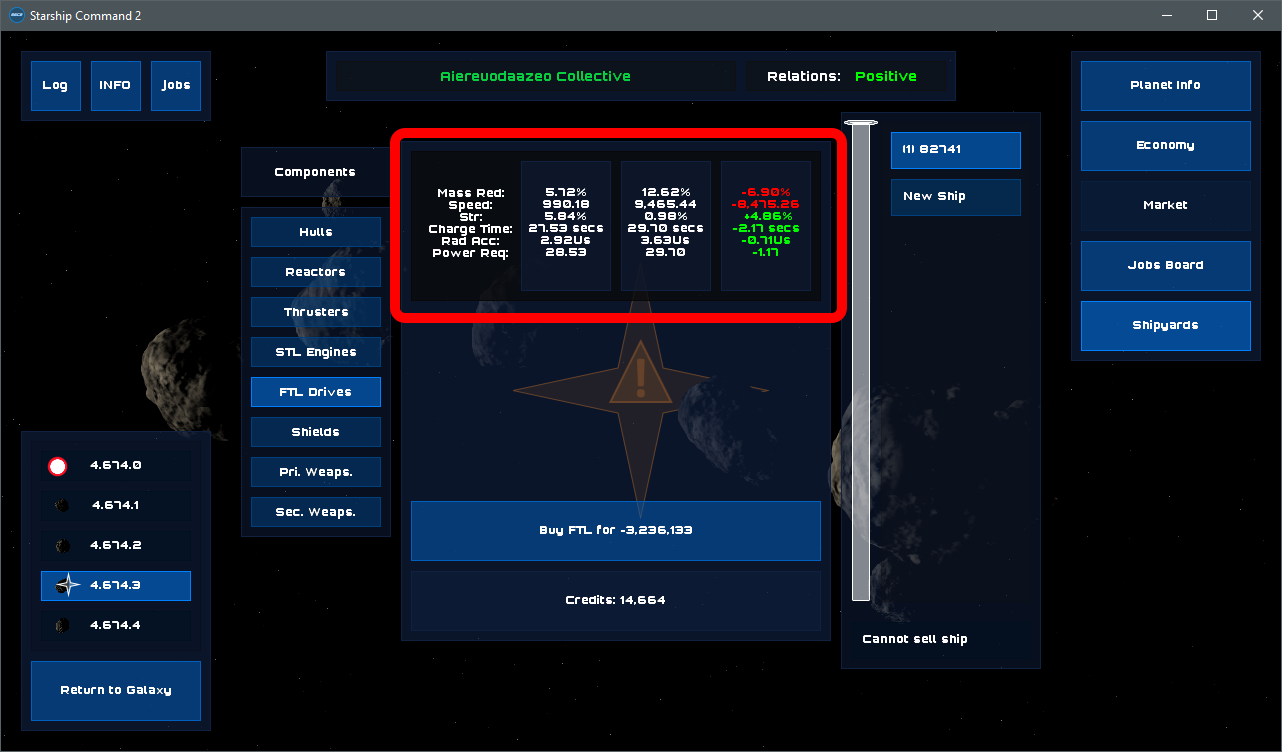 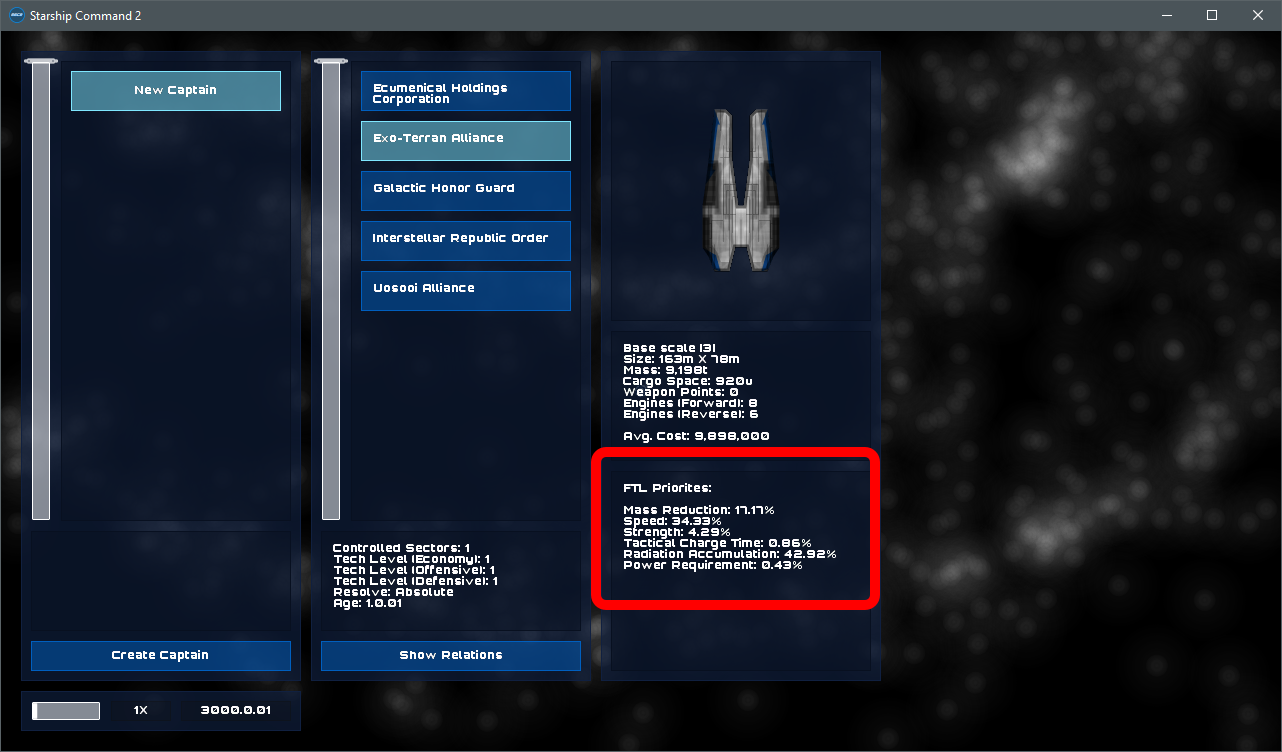 What Else is New: