It's been a little over three months since the last time I published anything about Mort. What caused such a lapse in updates?

It’s been a little over three months since the last time I published anything about Mort. What caused such a lapse in updates?

The tribulations of rewriting a game

For those dear readers that remember, I last spoke about rewriting the game from scratch, switching from XNA to Unity. The transition started with massive amounts of progress; I had Mort running, jumping and swinging in almost no time at all. It seemed like the rewrite would take no time at all, and I was really happy with everything that I felt Unity was going to allow me to do.

Then it came time to focus on the map editor.

The original Mort was using OgmoEditor to create the levels. It's an awesome editor by Matt Thorson, who has made a number of amazing platformers (one of which was a source of inspiration for Mort). The downfall to OgmoEditor, however, is that it's very general. This isn't actually a downfall - you can use OgmoEditor for any game you write, rather than having to make a level editor with every game you make, conserving a massive time investment. But it also means that any significant complexity will be obscure in the editor. This is okay if only you, the developer, will ever be creating levels, but it causes a huge learning curve for anyone that doesn't know your level layout like the back of their hand. When you want to encourage people to make levels for your game, that learning curve becomes a huge hurdle.
In order to make a level editor that works well with my game and is also easy to use, it was necessary to simply write it from scratch. With Unity, I thought this would be a breeze. Unfortunately, the thing is, I've never actually written a level editor before. And they're not so easy to do.

The first obstacle I ran into with writing the map editor was writing GUI code. Unity has built in GUI stuff, but everything I read claims it is slow and clunky. I didn't want to write my own and instead, thanks to Unity's Asset Store, found NGUI. However, even with this robust GUI system, I found myself still running into problems. From the start, I was wanting to make my GUIs do fancy things and was getting frustrated when I couldn't get them to work exactly the way I thought they should. There were many nights that I would work and work and feel like no progress had been made. This frustration grew so much, that eventually the thought of working on my game became almost detestable. I would go longer and longer periods of time without working on Mort. 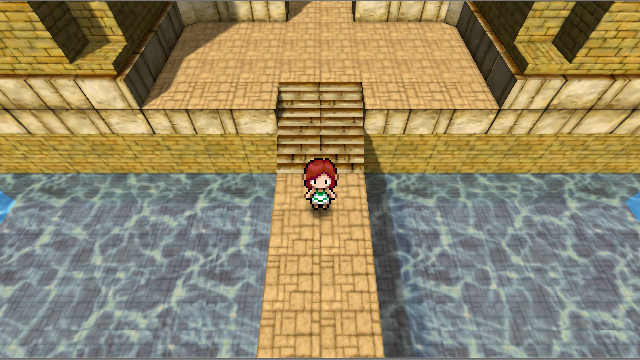 To deal with some of my frustration, I began working on a small side project (pictured above). I found myself more eager to work on this side project instead of the game I've been toiling over for the past two years, namely because I was staring up a huge cliff wall that I felt was insurmountable. Luckily, that all changed.

I was able to break this unfortunate situation when I decided that in order to at least make some kind of progress, I would work on the title screen to the game. What I didn't realize was that doing so would force me to finally learn NGUI fundamentals, so that I could finally become comfortable with how the system worked. Before long, I had a working menu, and then I set off to fix up the game options. Again, in no time, I had it so that you could change the game's resolution, and even added in gamepad support. But most importantly, my confidence with working with this stuff was growing. And now I feel like the cliff wall that was beginning the level editor is now just simply a simple incline that I can begin walking up.

So what now? For people who have purchased the game on Desura, I've added the Unity version for everyone to start playing with. I will keep the original XNA version, since at the moment it has more playable content, but if you'd like to see the changes going into the game, the Unity version will be the place to be. If you fire up the Unity version, feel free to play with the settings and see how everything works. Even plug in a gamepad and jump around with Mort in the placeholder area I've made. Let me know what you think!

Now with this hurdle behind me, I hope that the updates will come faster.

Just as a reminder, you can always vote for Mort on Greenlight.

And of course, the game will remain at 30% off for the duration of the Alpha on Desura. If you haven't tried it, there's a demo, so swing on over there and give it a go!