This is the final progress report for SGI before we release the Pre Alpha for testing.

Hello everyone, here's one final update before we release the link.

The following ships were updated/reworked (model clean up, new UVs as well as starting scenes for Substance Painter texturing):

All of the above also received weapons and other hard points and have working in game meshes.

This is the texture for the Asuran Origin (Capital Support), created by Ace Fighter. The in-game resolution is 2048*1024 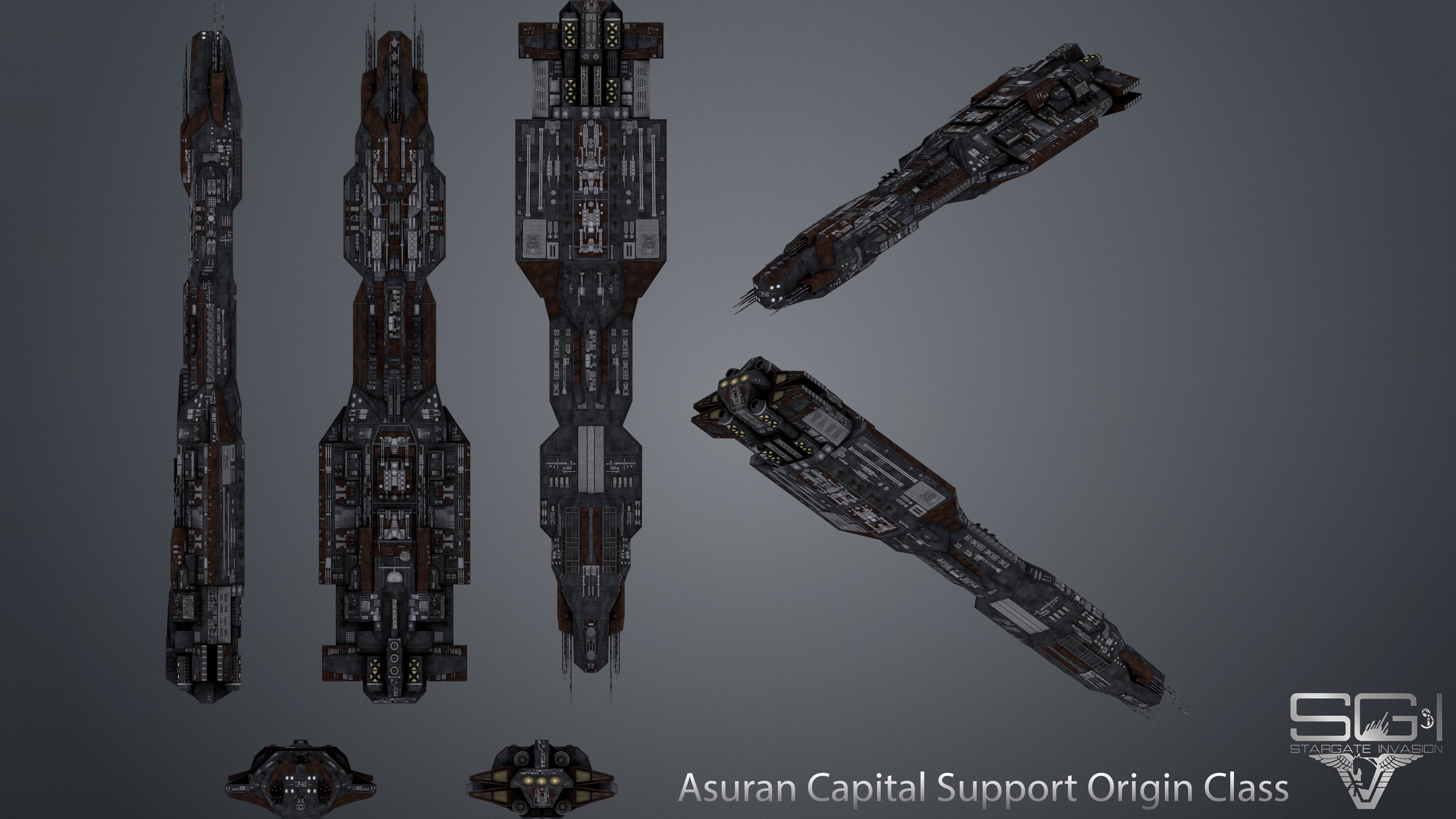 Preliminary custom audio speech files for Humans and Asurans are now in the mod but are not active yet.

The Google Drive link will be released this Sunday (30. April) to the first 20 of you that requested it. As I wrote before, the mod will then be released a few weeks later here on Moddb. General release will be no later than 31. May. This version of SGI has been created using Sins of a Solar Empire 1.87 - 1.9 and we will be focusing our testing on Sins 1.9.

This mod looks sick as hell and I have been following it for months now! You guys are the best! Can't wait for its release!

Hi Guys we are two guys which love Stargate and Sins of solar empire. We hope to get a chance tp play this very soon.

We are all very excited from being on the early list or not! We love you guys for making this for sins! We are all excited to play in this universe! We will see each other on the other side shortly!

Hi Guys how can i request the Google Drive link for testing this amazing mod?

Hey guys,
As far as I can tell, I don't see any links for the mod... Have you sent them out yet?