New space structures for the Galaxy Map and ships. 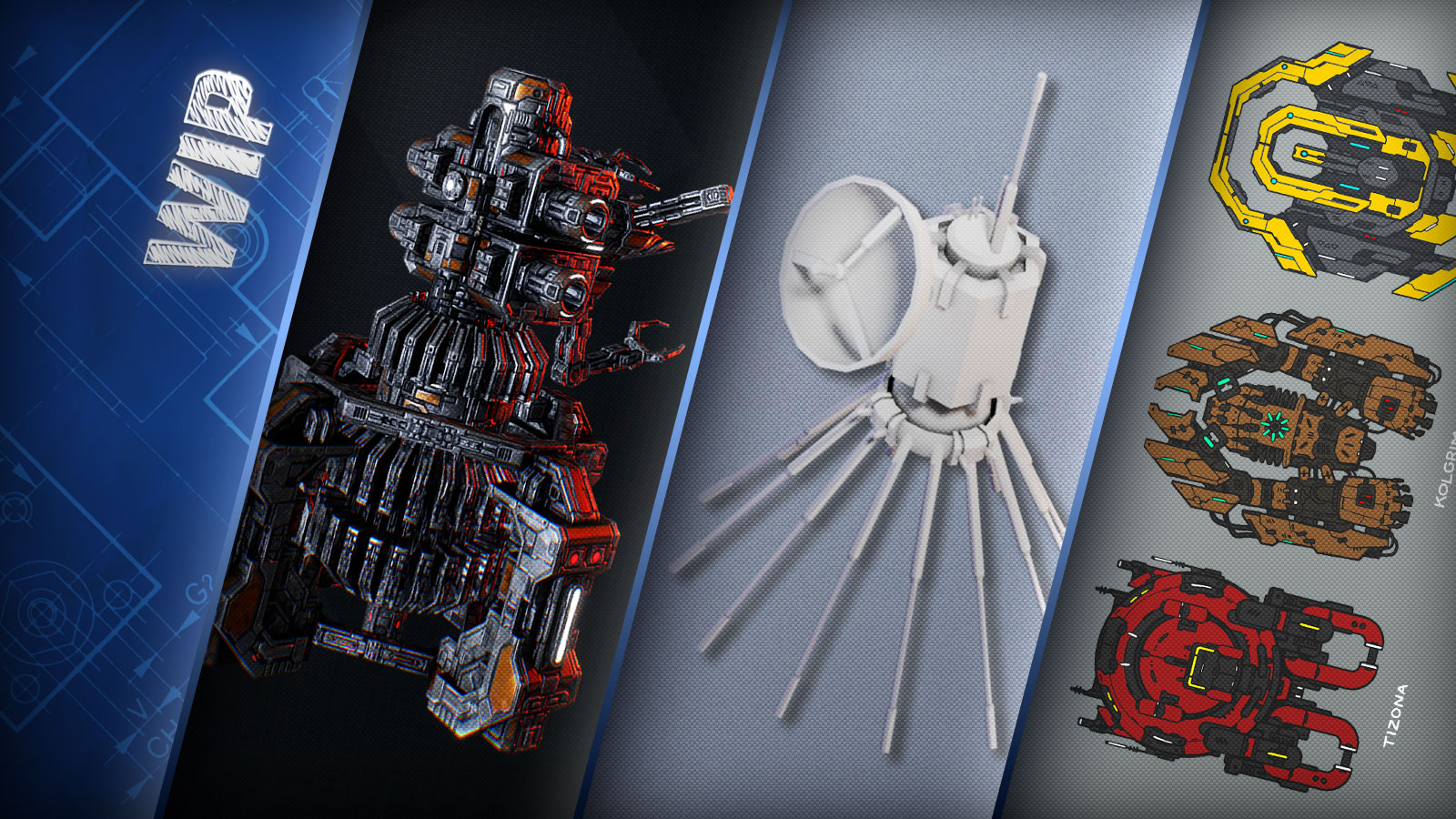 This month was both unexpectedly hot and great when it comes to new features in Starfall Tactics - new resource system, modules, motherships, challenges, interface and other stuff. And in this article we add even more information about great stuff to be added to the game in the next month - personal space structures, message beacons and other plans.

As long as Outer Region can't be conquered, its' exploration becomes more dangerous and hard, while remaining more profitable. Also, the closer you go to the center of the Galaxy, to the more secure Inner Region or even Home Regions, the more chance that somebody has already got all precious resources from there.

That's why we are adding auxiliary sctructures each player can build in Outer Region: they are not as huge as other Stations because of being designed for the profit of a single Commander. Here are some basic information about these structures:

As it was mentioned, these structures are personal and can be created by every Commander - you just need to have some required staff and don't exceed a maximum limit. And remember to find a quiet spot as there are many other players who might be able to destroy your beloved Warp Beacon.

This is a Mining Station, which automatically mines resources while you take your duty. Requires some resources to remain functional and can be destroyed.

As this is only the beginning of personal space structures story in Starfall Tactics, expect more information once we prepare the next station of this type!

Along with mentioned structures, another idea came into our minds: we thought about creating a special one with an ability to leave messages on the Galaxy Map. Just because it's fun - to leave messages which can contain all kind of tips, threatenings or even may be your House advertisement.

Later we decided to do not include it as exactly the same structure type and instead make a separate fun thing, a message beacon. This is not a hard structure to construct, but also is not a permanent as this way one day Galaxy becomes a message board. It can't be destroyed manually as you don't usually look for messages in the bottles to burn them, right? So It's life time is limited and directly depends on how much likes or dislikes it receives - in this case, if everybody loves your message, it stays in the space longer with each like. And if your message is not that nice, each dislike decreases a time it stays in the space.

Here it is, a message beacon in a 3D sketch: 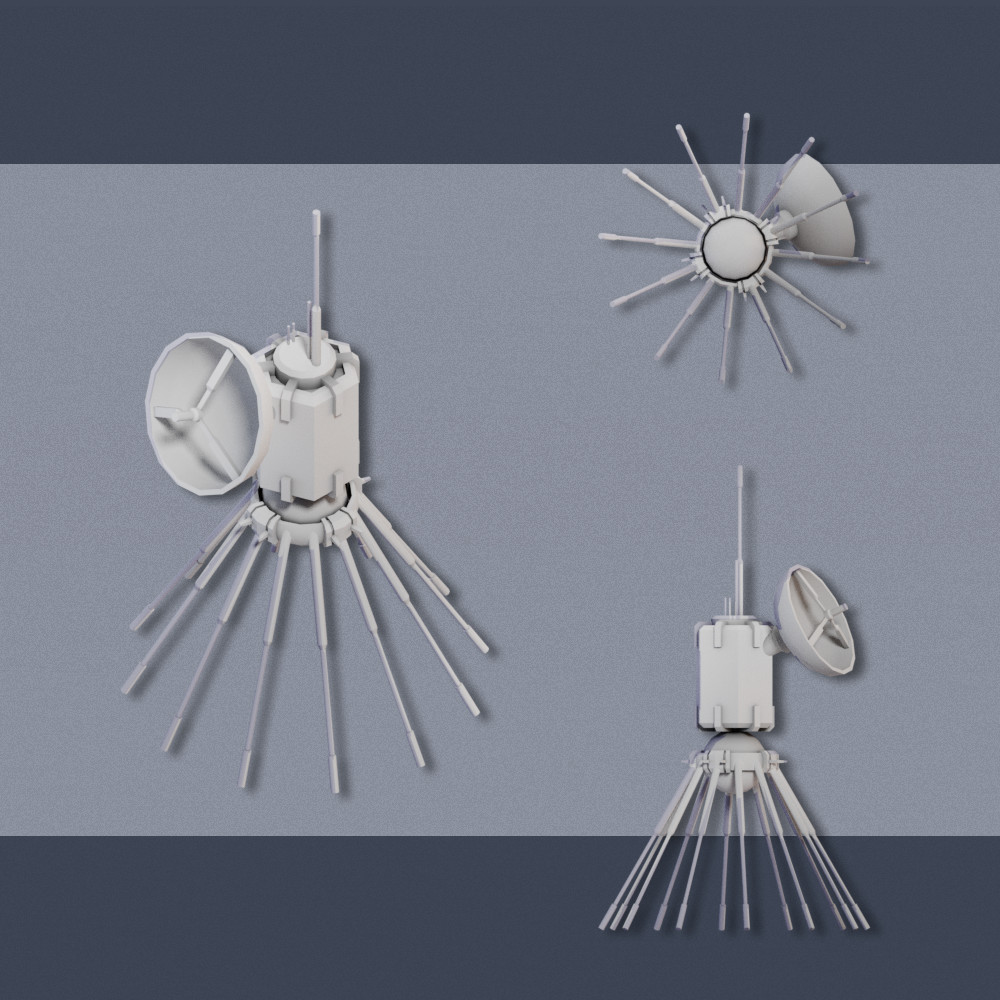 Finished model will be also shown on Sketchfab - make sure you watch for our page there.

Have you known that there are about 230 ships in Starfall Tactics, including all modifications and NPC faction ships? That's pretty much you could think of. Still, some ship classes don't have enough variations - like battleships - and some, like cruisers - still need to find their place in the game. We are working on them to make each ship worth your attention and a real interesting battle unit. For example, as you know, there is ship progression feature which gives a personal Mods Tree to each and every ship: It allows you to customize each your ship even more and feel like it has a little battle story behind, feeling sorry when you eventually delete it for some reason.

We will also work on making new ships - here are some sketches for the upcoming ones you will probably see in the game once: 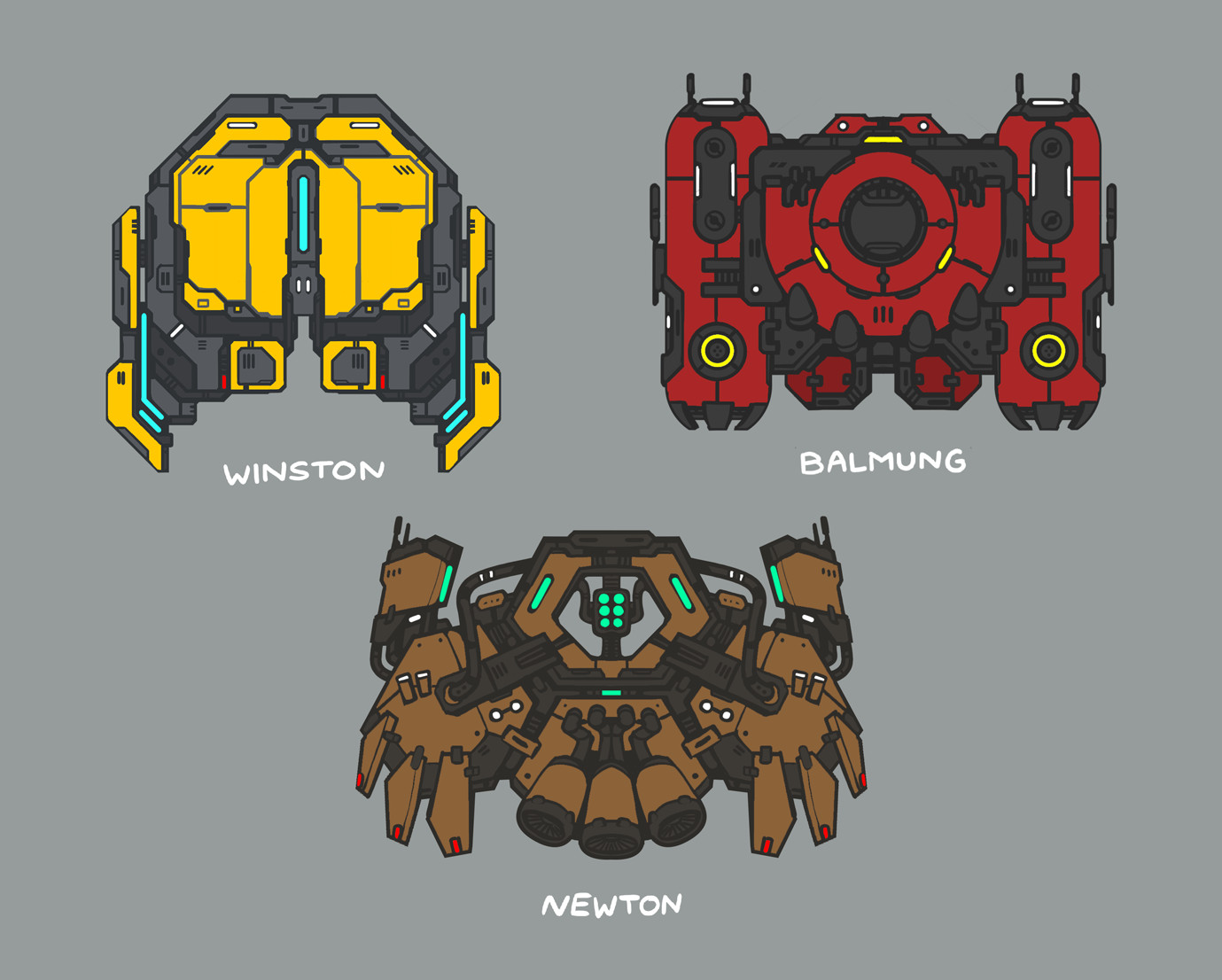 What's next? Check news next week to be aware of all upcoming content and changes!