Talking about updates for the MMO part of the game and shwoing new models in 3D!

Mid of July is a right time to do something great. So, while we are secretly preparing great things, you can enjoy our weekly post which shows how the work is going on other game aspects we talked about in recent articles ;)

The next space structure to enter Starfall Tactis is a Message Beacon. Created more for your fun, than for any profit in open space, this tiny (compared to other buildings) things are here to let you leave a "message in the bottle".

As we mentioned in one of the latest articles, to build a Message Beacon you don't need a lot of resources and also it doesn't have any maintenance costs, as most other space structures do. Instead it has a limited life-time and can't be destroyed manually - just choose a right system and hex to place it and make sure you leave a meaningful message: other players are able to "like" and "dislike" it, which directly affects it's life time.

Note that Message Beacons are not available in the game right now and might be not implemented in the closest test.

Available in the game: Detachment bonuses and Ship Progression

Detachment bonuses are one of the things we announced long ago, but haven't got a chance to add into the game until a certain moment. And now it finally available and is almost fully functional - only some slight improvements left to give it a finishing touch. Here you can see how it looks in the game: 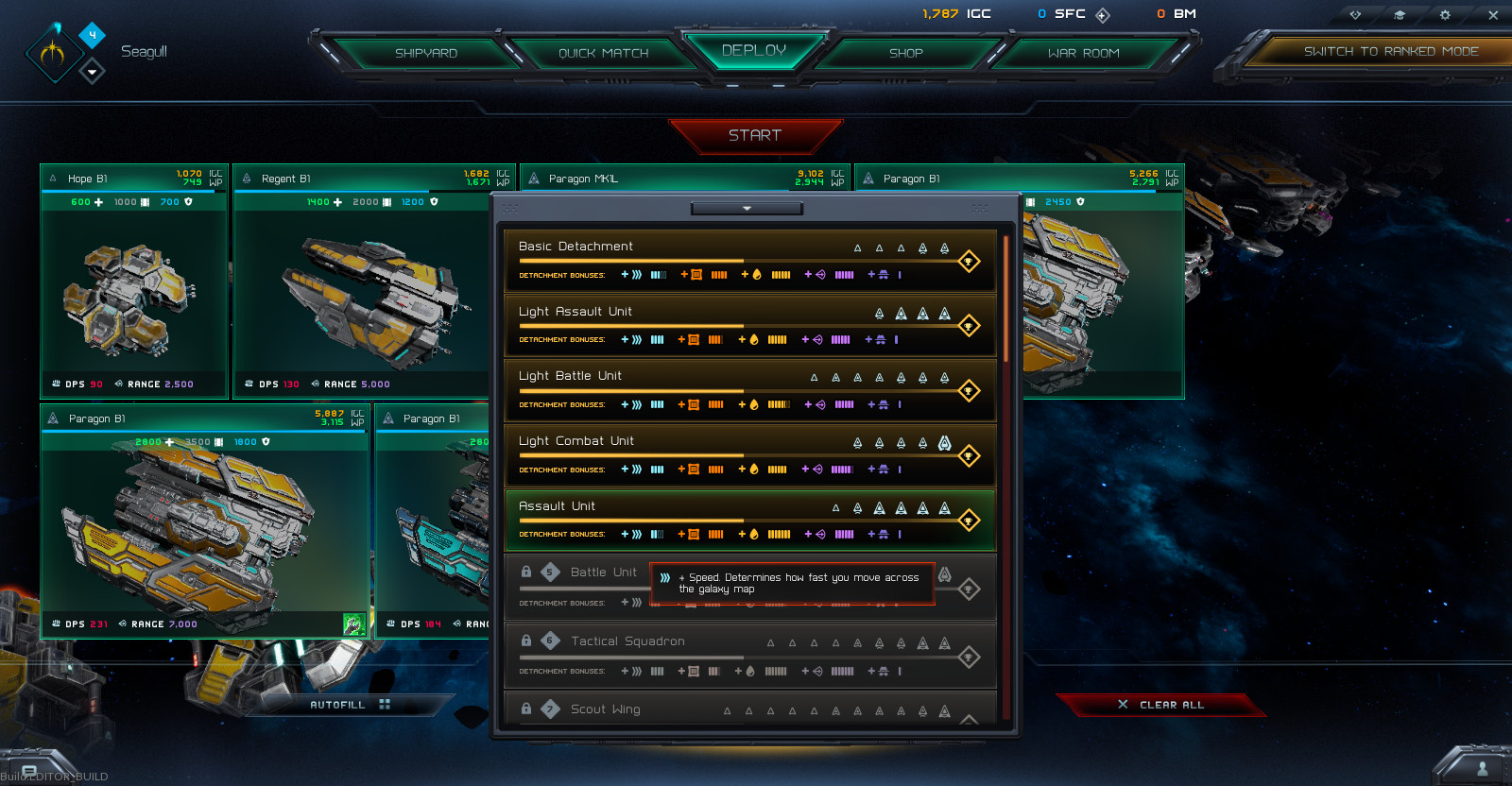 As you can see, there are several bonuses available for each detachment:

Ship progression is another thing we talked about in details previously, which, step by step, takes its place in the game. First of all, it got a nice menu and a lot of special icons for each Mod (bonus) you can get through these Mods trees:

Mod trees are already available for the biggest part of ships of playable factions - so, there is a huge chance that during next tests you will be able to partly try it. Of course, many things should be adjusted and balanced properly, but we hope that you'll love it - especially, when your favorite weapon will finally fit into the ship capacity ;)

This Deprived Carrier is finally available in 3D on our Sketchfab page - with some cool animations and sound - be sure to check it and give a like!

This Carrier was also available during previous test.

This huge ship mostly relies on fighter squads and long range rockets, while also having a great bomber modification. The greatest advantage of these ships is that it can stay far from the battle, and in most cases doesn't need a precise control and any utility modules, like ammo dispenser. Also, Spec Ops modification of Hecate can carry the biggest and heaviest special modules, including the most terrific ones - gravity cannons. Beware of this ship on the battlefield!

The third faction freighter is here to finally replace Charon, which previously was used as a freighter for all factions. It's a little surprise, as previously it was planned as Eclipse ship, but later we decided that they deserve a special one, created only for them. Now each faction has its own freighter ship: Kibisis for Vanguard, Prospero for Deprived and Vargas for Eclipse. Each of them will be used to transport goods and resources on faction territories, and will have both an escort and some weapons for self-defense in the dangerous space of Starfall Tactics universe.

At the same time, Charon will take place as a freighter for Smugglers faction we also plan to add into the game and already announced in our big article about factions.

There are really too much things to tell you about here. First of all, it was mentioned that we are improving our game interface since previous test - and, of course, our MMO mode also got some great visual changes. We are doing it not only to make it look even better, but to let it be more comfortable for you and fit our actual needs - new features greatly affect it. That's how it looks at the moment: 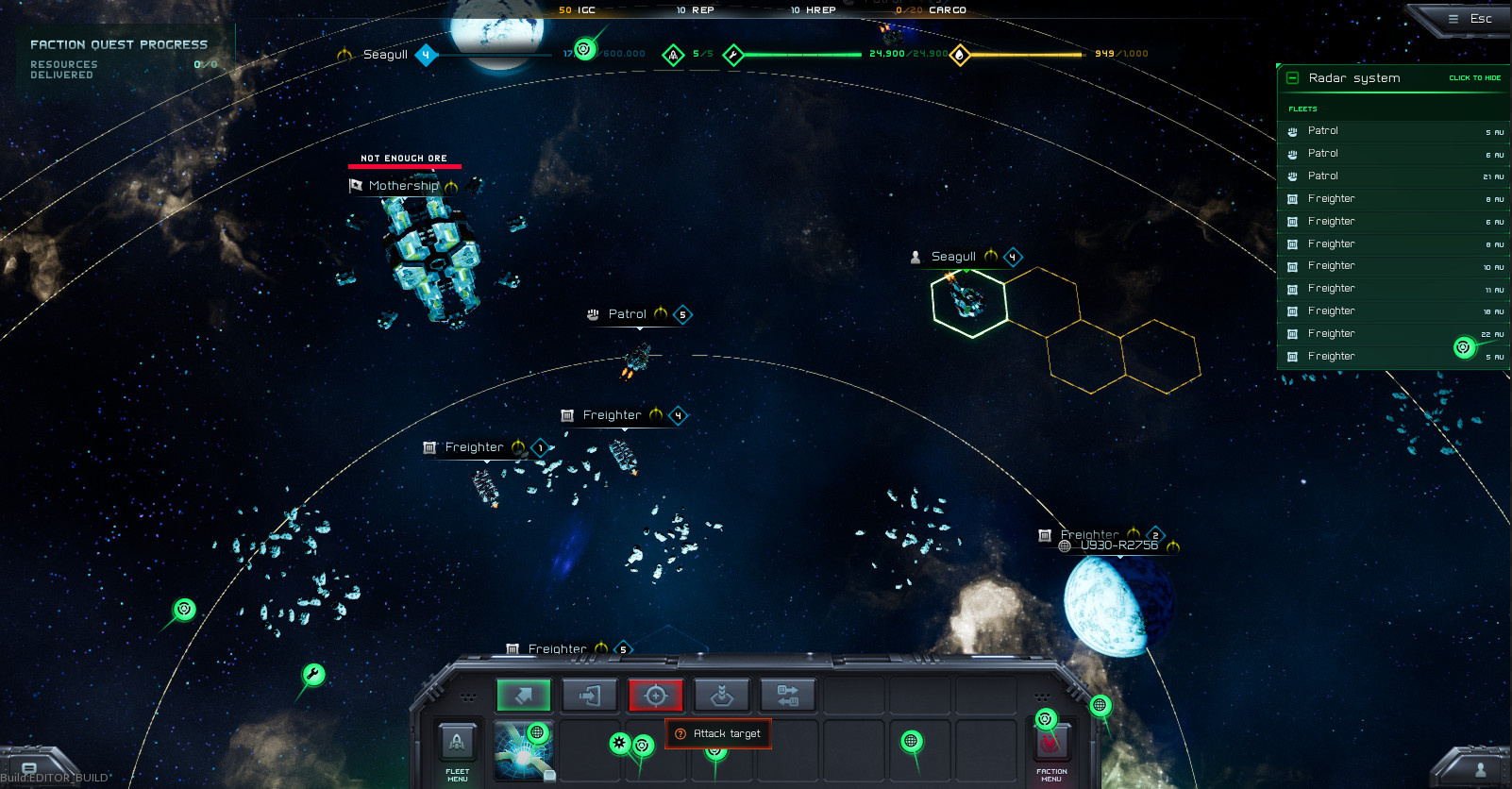 Among all changes here, there are some we should mention in particular: For example, we removed from Radar all static objects like Motherships, Repair Stations, Depots and etc. from Radar to make it less heavy. Instead, now all big objects in the system which are out of border of you screen, will be shown as a hint picture with object direction. Also, in a menu below you can now see all buttons for important actions: attack, move, dock, explore, fleet or faction menu and special buttons for structures you are able to build in space, like Warp Beacons, Mining Stations and etc. Remember that everything can be changed further.

P.Y.R.A.M.I.D., Screechers and Nebulords are joining the Galaxy step by step - this week our artist did some auxillary buildings for existing bases. These structures are auxiliary parts of bases and their number and position can differ a lot, depending on the actual base you find in the game. That's how they can look like: 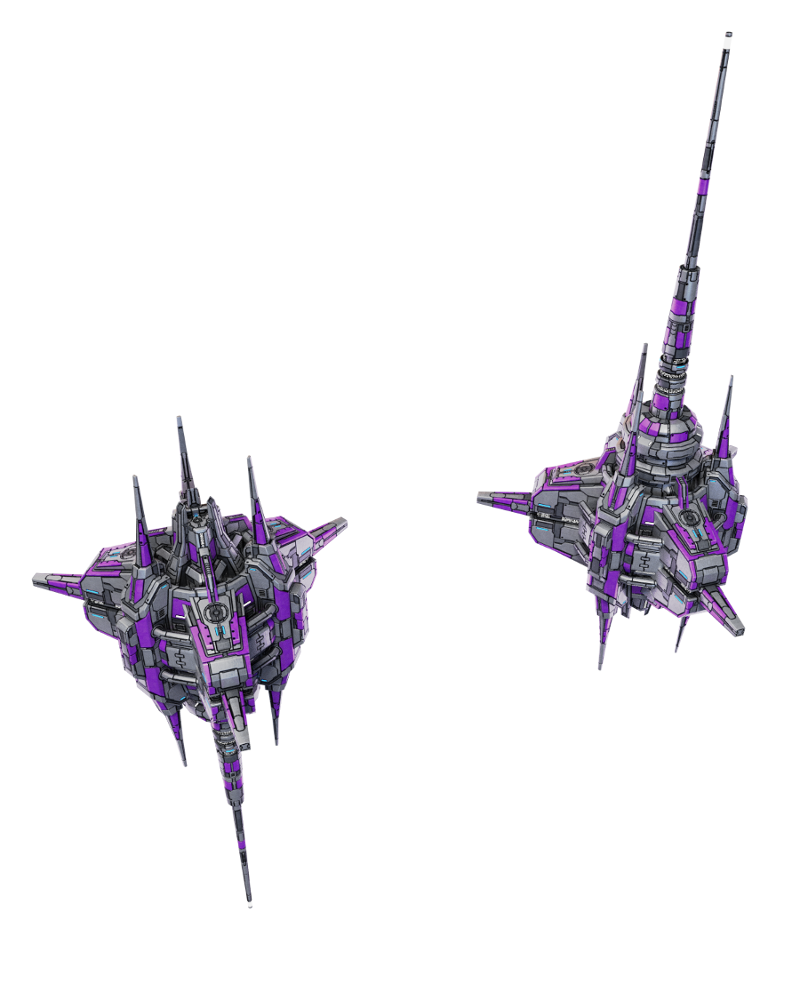 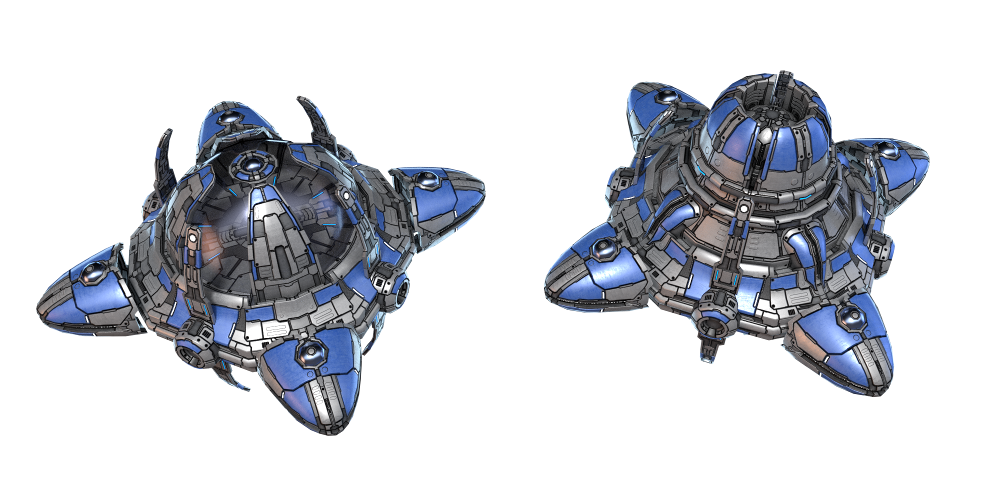 Do they have any special functions? Not right now, but we might add some later.

So, that's almost all we wanted to mention today... oh wait! In the latest post we talked about salvaging - a new important mechanic in the game, and gave you general information about it, but didn't have a chance to show a model of this tiny salvage module: 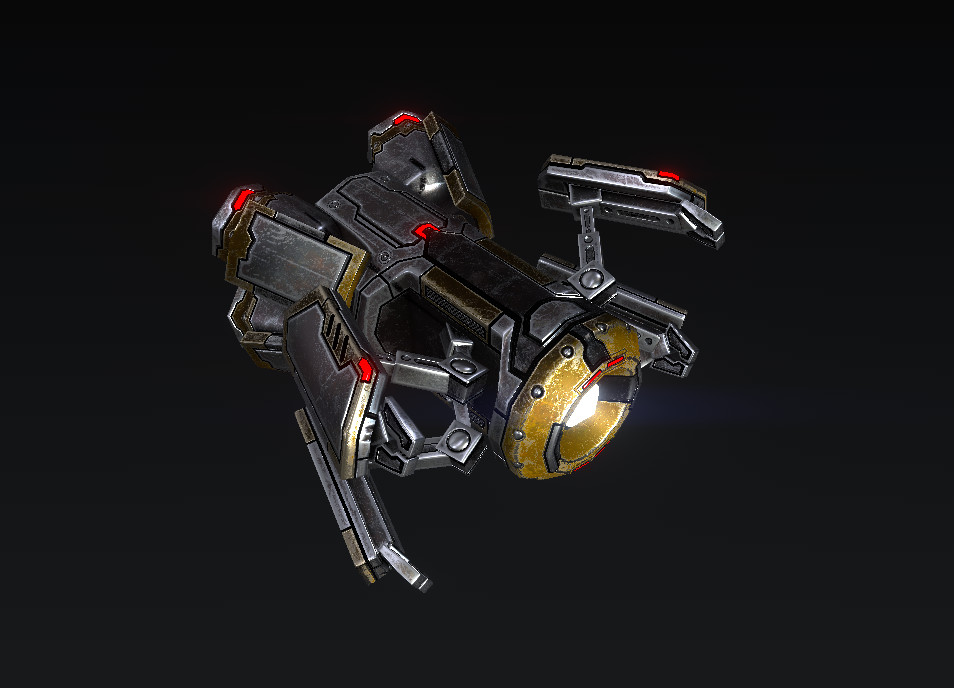 This thing is as small as other drones, and most time you won't actually see al the details to the great disappointment of our 3D modeler - so take the chance and examine it closely.

See you in August!