Telling about very important changes in battle mechanics, new feature for the MMO part of the game and showing new ship models! 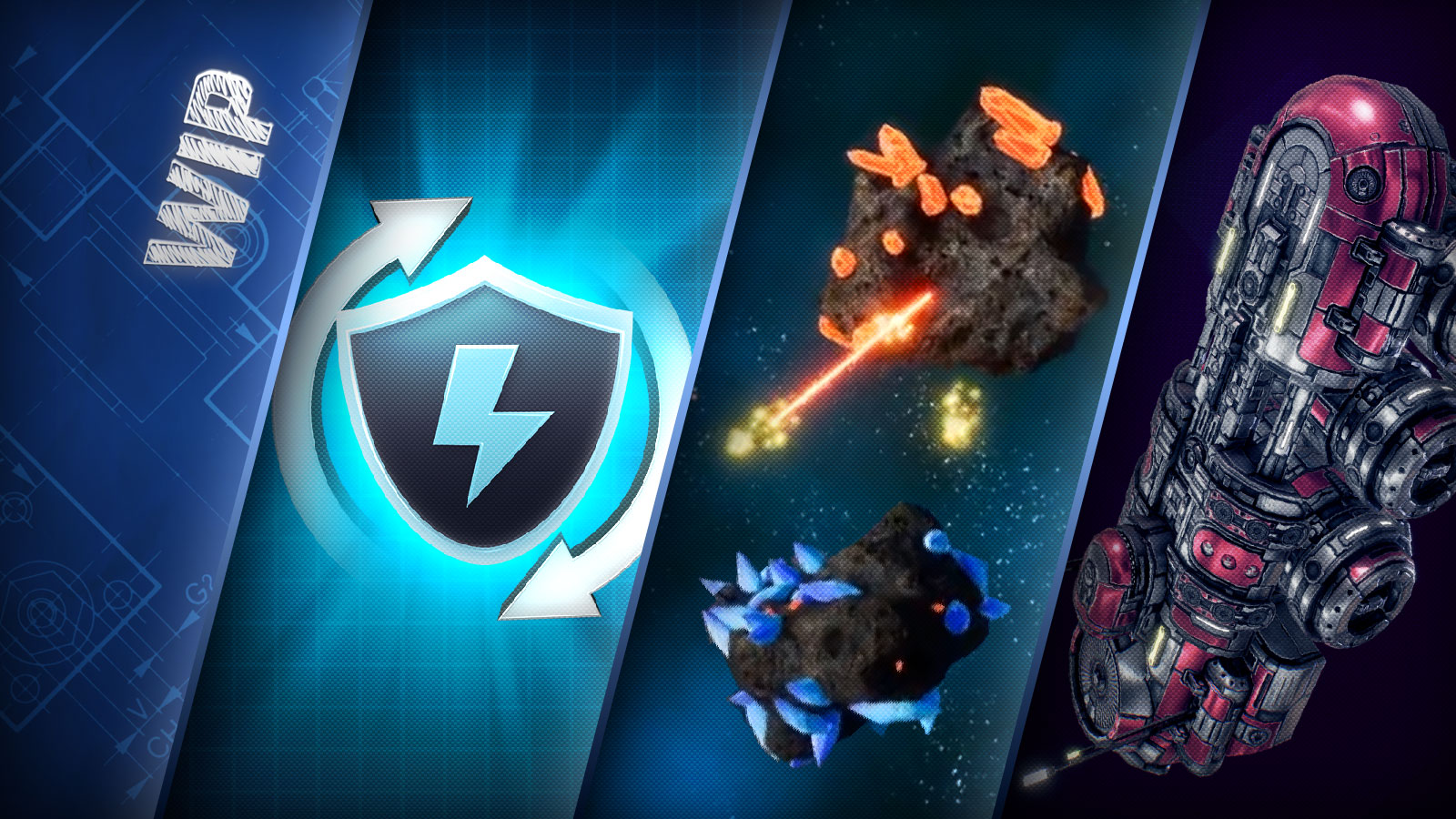 Another week has come to bring great news: we are moving forward swiftly and soon you will be able to check out several features we announced before by playing Starfall Tactics! We will announce it in details with dates once we finish implementing certain required features and make sure it all works - so just keep an eye out for our news articles ;)

And right now we are ready to tell you about very important changes in battle mechanics, new feature for the MMO part of the game and show a new sgip models!

One of the most significant changes you will see in the next test directly affects shields. Shields have always been a cause of disputes and many minor changes, while we tried to make them a really valuable layer of defense. Still, many players considered it only as an unnecessary extra layer of defense they can afford only if they have some capacity and space left in the engineering bay. After a long discussion we decided to try a completely new way of using shields to make this layer of defense really valuable and worthy of your attention. And here is a short list of changes: 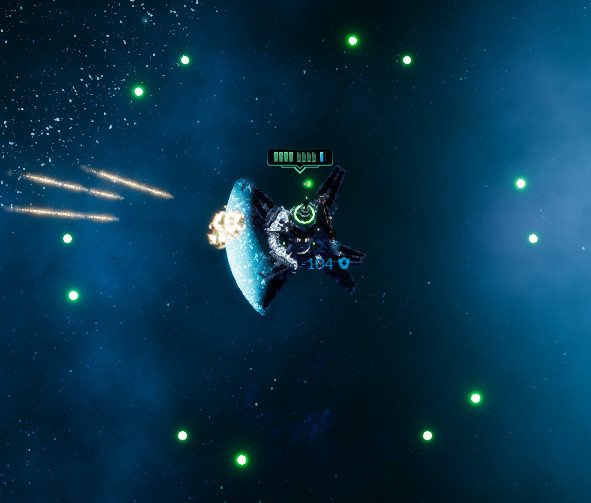 So, now all ships have less shield hit points in total (not more than 1000-2000 for bigger ships), better regeneration and better defense in general. This gives Commanders a chance for a mistake, ability to retreat and come back quickly: for example, you can reposition ships with low shield hit points to hide them behind other units with a high shield level, and then swap them back, or temporarily remove a couple of ships from the battle and come back with another 1000 hit points you've just regenerated.

New shield system has a great effect on your playstyle and will certainly make you change preferred ship builds - we are looking forward to see what you come up with and how it's going to work for you!

You can hardly imagine a space game like Starfall Tactics without any ability to mine resources, and we couldn't miss this opportunity to add something you really expect to be here. Basically, mining mechanics is something we planned to add long ago as it's closely connected with crafting systems by allowing you to get necessary resources. In Starfall Tactics, to start mining you don't need any special "qualifications" or skills - just do the following:

Small mining drones will help you in this mission by extracting ore from asteroids with the help of special lasers. This could sound easy enough, but there is no doubt that other Commanders also want to mine this asteroid field you've just discovered and their ways to convince you to step away can be far from a friendly talk. That's without mentioning that you need a huge cargo bay to carry it to your base, which also can be a dangerous way, unless you have another force aiding you, to get proper cover. Brace yourself - living in a war-torn Galaxy can never be easy.

Freighter is a common spaceship for transporting goods - slow, poorly protected, but with a really huge cargo bay, which allows them to carry impressive amounts of resources. The first universal freighter, Charon, was previously used by all three factions to provide a good level of resource distribution. Now we are adding separate freighters for each faction and the first one is a Vanguard Freighter:

It's going not only to carry resources from one planet to another, but we also plan to allow Commanders hire freighters to help complete their own missions and goals. For example, it can help if you are going to transport resources to any remote region or want to spend a lot of time mining without coming back too often.

Three new bands - Screechers, Nebulords and P.Y.R.A.M.I.D. - are mostly going to use usual faction ships from frigates to dreadnoughts, as pirates did before, with only a few additions like Cerera, Pilgrim and other ships we might add later. So, in order to let you recognize Bands from the first sight, we designed a new look for each of them - it also visually reflects their essence.

Screechers, as we mentioned before, are real madmen, and generally look like typical pirate band which attacks every moving object to get any sort of profit - resources, IGC, ship parts, modules or just anything else valuable enough. These guys deserve a brutal skin with spikes, dark colors and red lights, while Nebulords with their "own code of honor" prefer showing off their excellence by painting ships with appropriate colors. P.Y.R.A.M.I.D., a band of ideological descendants of scientists whose researches were declared inhumane, tend to hide their technologies inside ship hulls - still, some technologies they use put off their mark on the appearance of ships P.Y.R.A.M.I.D. uses. 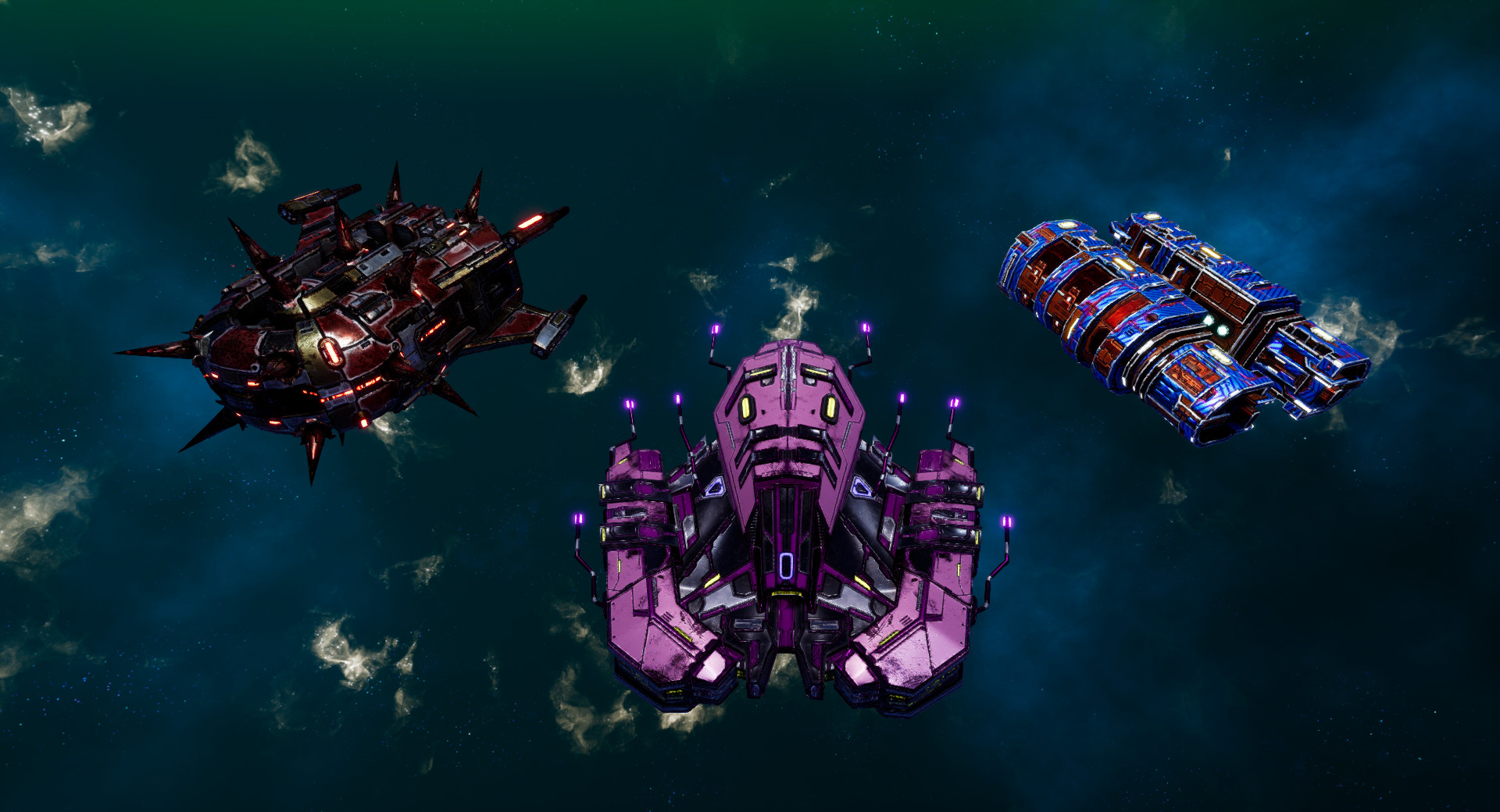 Centenary, the first Eclipse carrier, is finally ready and will soon join faction fleets to take an active part in intense battles! This carrier is incredibly detailed and is a real fruit of painstaking work of Eclipse engineers (*our artists) - so make sure you pay it enough attention and add to your list of the most favorite & grandiose creations.

Sketches of this ship are also available in a previous WIP article - check it here.

Not only ships trouble our minds these days, but also, there are a lot of work on the interface, effects, other content and hidden parts of the game which make it all work. We are very excited to show you the result of this intensive development and play Starfall Tactics with you once it all comes to the test stage - so, don't forget to check out news section and your inbox from time to time!