Just a few days past since we finished Starfall Tactics test and we are working hard on fixing issues and improving some already existing content, to let the game give you more surprises ;) 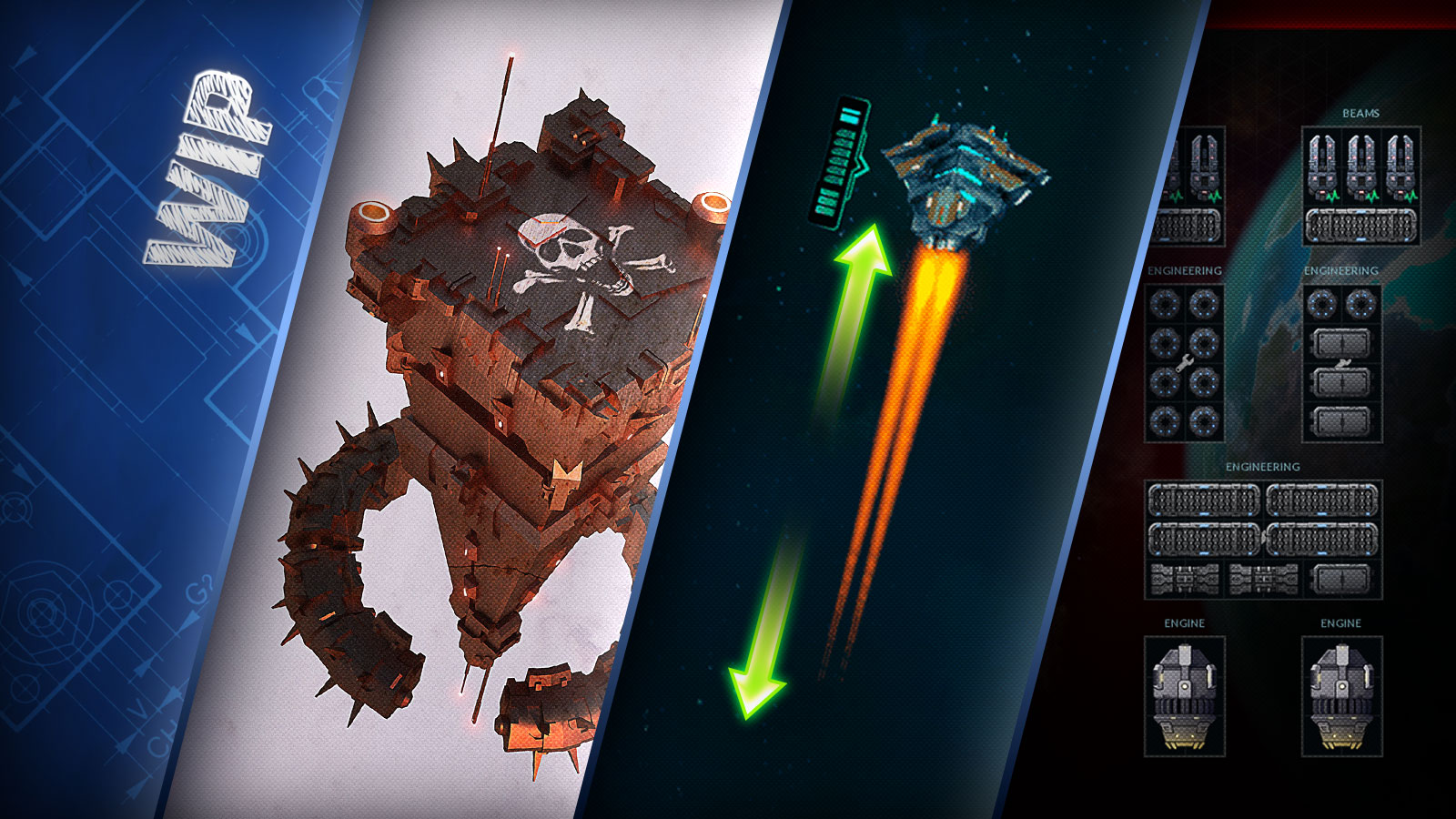 Just a few days past since we finished Starfall Tactics test - all the feedback was received (thanks again, guys!) and goals set! At the moment we are working hard on fixing issues and improving some already existing content, to let the game give you more surprises ;)

Outlaws, criminals and just bad guys - they are looking for gain everywhere. Or at least in systems other three Factions haven't yet got control of, attacking lonesome travelers in hope to get some resources, supplies and, sometimes, just for joy. But they are not lonely fighters any more - pirate Commanders united and claimed their own parts of this Galaxy, establishing great structures, which could be called Motherships. 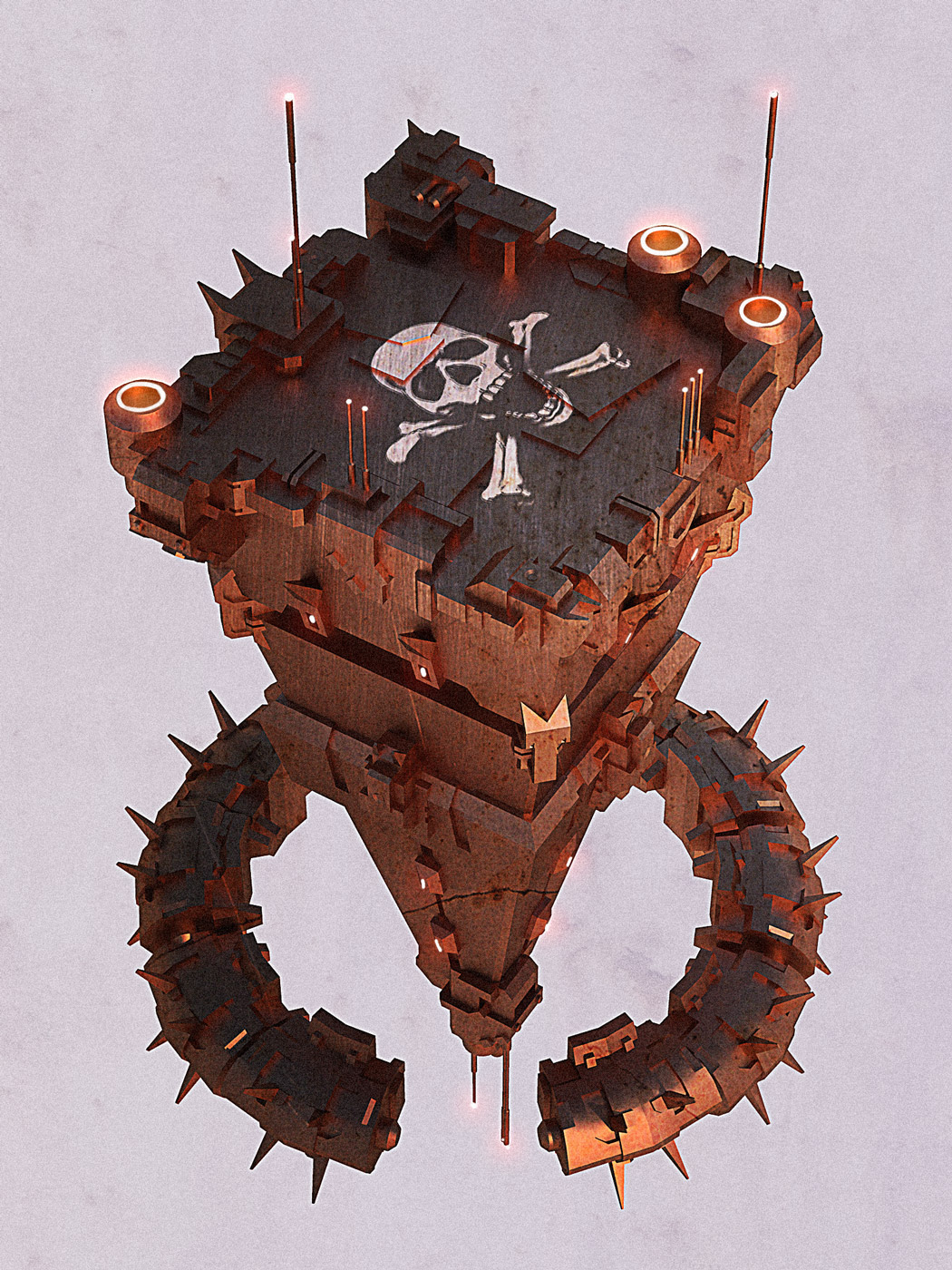 WIP. Note that Pirates are still not a playable faction.

Are you ready to reconquer it all and push them back to the Outer Space regions?

By the way, the most active faction during this Faction Wars pre-Alpha test was Eclipse!
Eclipse Commanders united into strong Houses and even achieved to capture several Vanguard territories, cutting down their supply routes: 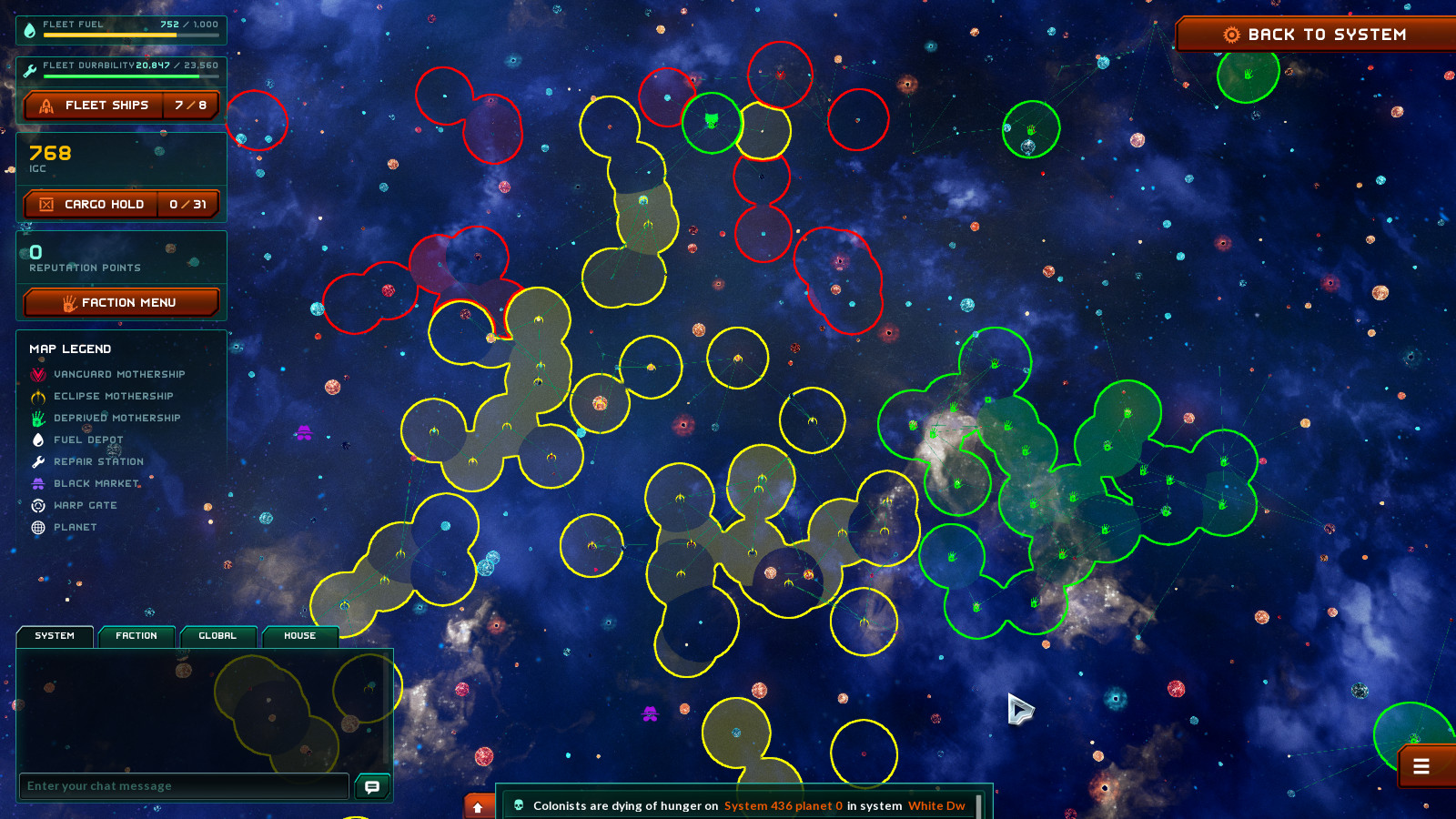 Slight cosmetic improvements are something to make the whole game look even better, than before - and, from time to time, we get just another one of them. This week we're changing ship trails to make it a little bit more sci-fi and closer to ones we had in the early demo version - and here is a work in progress shot:

During the test we found out that some ships, even though they have tons of armor (up to 10.000 and even more!) still have a very high speed in total, which was not intended according to our plans and definitely was not a good thing for Commanders attacked by ships of this kind. 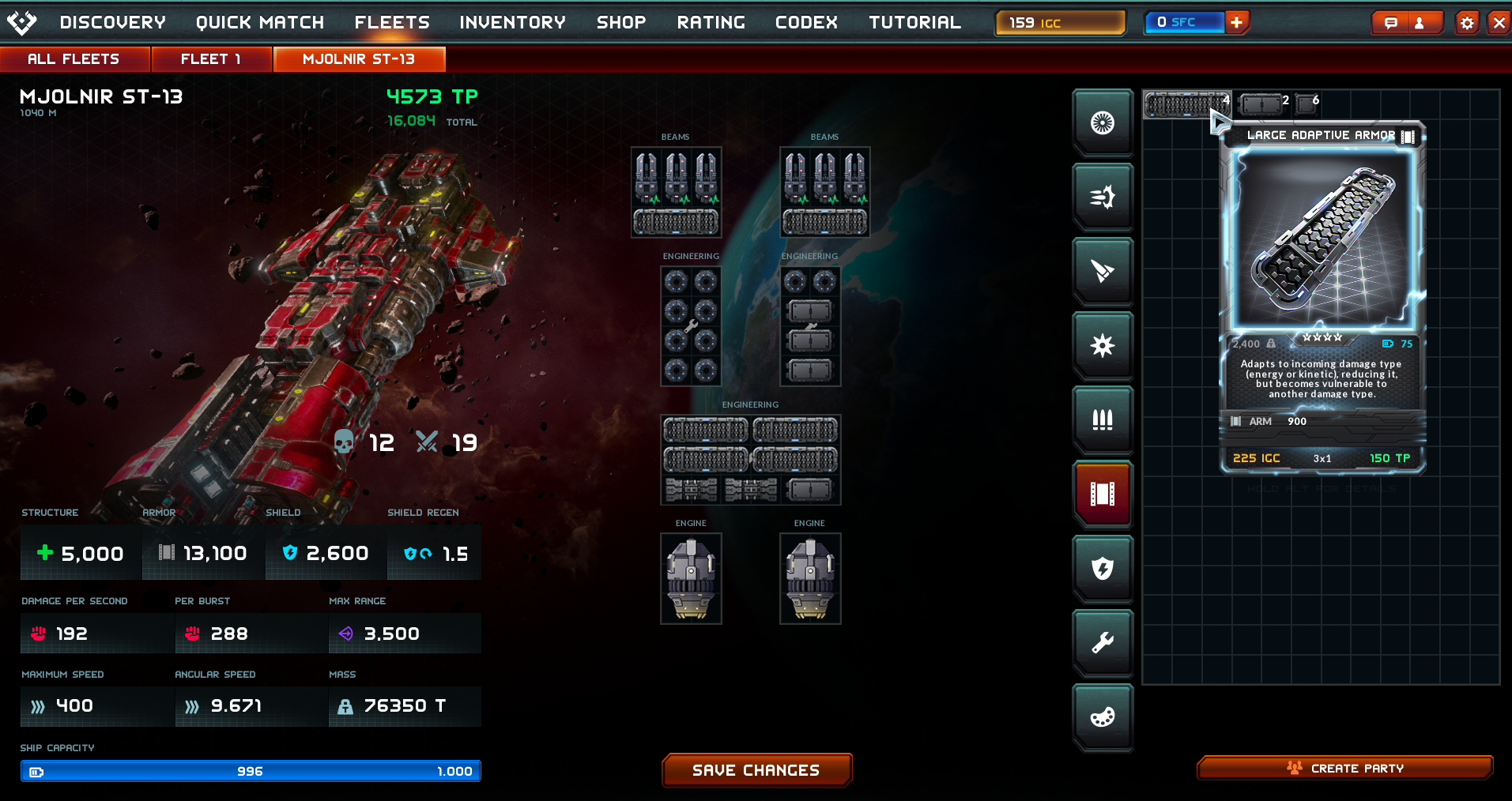 So now, all ships with armor and modules exceeding mass of their hulls are going to have an appropriate maximum ship speed, such as really heavy ships should have.

There will be also some other changes! Stay tuned and check out our news section, Twitter and Facebook pages.