SYNSO:Squid Harder will be on display at the Eurogamer Expo 2009 in October. Come see us at Leeds and London.

The Eurogamer Expo 2009 will once more be playing host to the Pixel Lab Indie Games Arcade. Featuring over a dozen of the best in independent titles both released and unreleased for the public to play, admire and curse over.

We're incredibly chuffed to have had SYNSO:Squid Harder chosen as one of the titles, especially after the storming reception in 2008 to our previous slightly swearier title War Tw*t. We'll be on show alongside other indie luminaries such as Alex May and Rudolph Kremers, creators of the forthcoming Steam title "Dyson", Tunatech and their glorious claymation run and gun "Cletus Clay" and, of course, Introversion.

The Expo will be at Leeds on October 27th and 28th before moving to London on the 29th and the 30th. Come and see us and say "hi" or just grab a computer and show off your awesome squidening skills to the public. 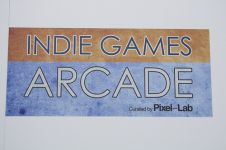 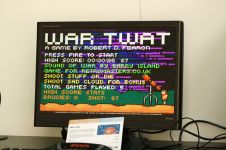 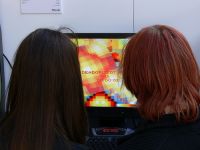 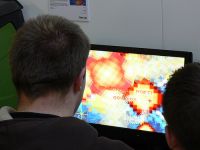 We've got more exciting news to announce very soon including an update to SYNSO:Squid Harder and two new SYNSO games currently in development (hint: one may be appearing on something that begins with X and ends in some circular related number of sorts) so stay tuned. If you haven't already took Squid Harder for a ride, why not do so now? You won't regret it.

Shame I'm too far away.