Squad Boot Camp: An Introductory Series - 6 - Vehicles Vehicles VEHICLES! Learn about them, be one with them, travel abroad and meet nice people in them,

Welcome once again to Boot Camp, an introductory series aimed at explaining to you, the backer, about the BASICS and MECHANICS of what makes Squad the game it is.

“COMBINED ARMS WARFARE. Join a tank crew, be an unstoppable force in a CAS helicopter with your co-pilot or even run logistics and build fortifications, there are many ways to make your mark on the battlefield. From grunts to motorcycles to APCs to attack helicopters and everything in between, we offer gameplay systems that make multilayered teamwork enjoyable and rewarding without the need to join private communities.”

But what does that mean? How do vehicles serve to augment a Squad’s battle capabilities? What kinds of vehicles are we to expect from Squad?

What role do Vehicles play in Squad? 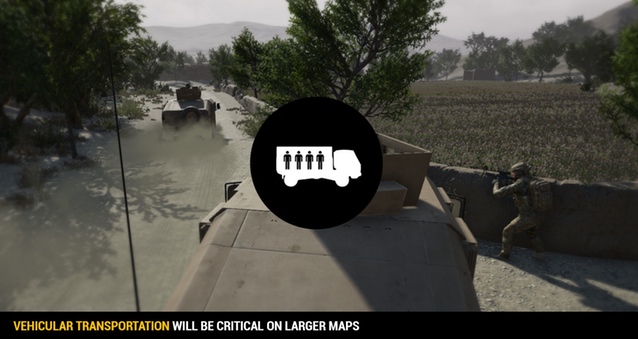