Hope everyone is safe and sound, and all your collective 5G reception is appropriately augmented (or soon to be).

There’s fun news about the game coming this month along with release dates, and we’ll be expanding testing for feedback to all of you. A huge thanks to all the alpha/beta backers for their input getting us this far, and shout out to Allen M for encouraging us down the warpath of the tick/tile way back when we were toying with the broader companion micromanagement. It has paid off splendidly. The feedback we’ve received from beta testers has been incredibly helpful as we’ve finalized the gameplay systems, and we've added an in-game bug reporting button recently as well.

There’ll be a campaign update for alpha/beta backers this weekend that we hope you can take a punch at, so if you have some time to check it out that would be wonderful. The forum has build notes you can comment on as well as the in-game reporter. Once everyone has their mitts on it, all you backers have exclusive access to the forum and can share your thoughts and dreams you have in those build notes, and about the game.

One of the remaining musical endeavors we’re doing are with the 13 gangs occupying the city, whom are going to have a unique score to go with them as you decide to level their facilities or strong arm an alliance for a pool of allies to buy. These are both fun to design as the main "dungeons" of the city (though most aren't in actual dungeons, sans Faith and a few others, most are offices or various city buildings), they all have their own flavored map for some puzzle of infiltration, NPC enemies and companion pools to (potentially) buy from, and enemy agents to (potentially) kill for level advancement.

Kevin has been making some absolutely wonderful tracks, emphasizing the game's focus of drenching you in ambience and getting just the perfect amount of camp for the gangs. Finding the right company for a limited run vinyl version of the soundtrack that we’d like to send out early as well, as Kevin should be finishing the tracks this summer. 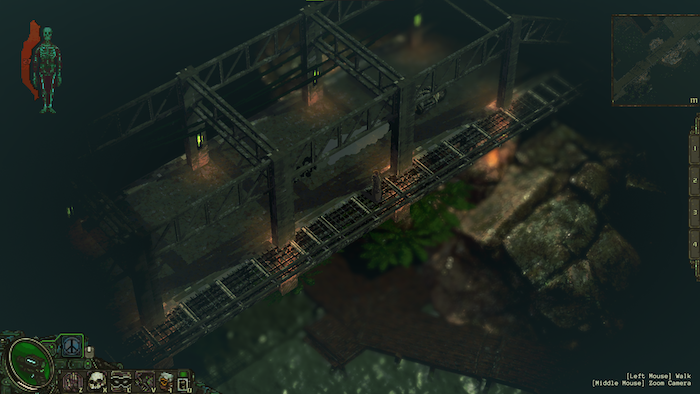 We’e also been adding a plethora of vehicles, I think we're up to 30 now, including a rickshaw that up to 2 companions can jump in the back in (for shooting while driving), and Barry’s starting vehicle of choice for your gang which rivals the mystery machine, spawnable from your base.

vehicles have a great variety of gear crunchy & metal SFX, a feast for the ears

We desperately need a wiki-like page devoted to the ruleset and items in the game that you could peruse (and that will also be part of the physical rewards), and we’re planning to get to that this summer so we don’t have to go outside.

On other reward stuff, we almost have all the backer heads in at this point and are missing some of you, so expect a reminder email pertaining to that. Working toward ~100 unique talking head portraits in the game including all your faces, and besides some inevitable arthritis we really like the way they've added to the visuals. You range from PC portraits, companion NPCs, to enemy agents from the gangs or syndicates.

We’ll be finalizing our selection for the miniatures this summer as well, to ship out early. We’ve broadened the model count for that for you to choose from, we have your three main companions and an NPC or agent representing each faction of the gangs and syndicates (MFI, Agrofax, Quinton, Arms Guild, and Faith). We also have the Pasaaran hunter from our fantasy game, because bird people are neat. We hope the final tests all turn out acceptable before the mass production, we have some new molds that should work quite well. We have decided that instead of the ~medium~ quality auto-coloring job we can print with the those, we’ll be getting a finer detailed plastic and give them a wash and double-coat (dark up, light down) primer to get a nice shadowed effect on the models. It’s quick and easy and looks nice, a common way to start painting a model because it highlights all the details nicely. In any case we'll catalog the process for your amusement.

As for any reward addresses, we’ll be asking for those again this year before we ship anything, so if those changed don't worry about it we'll be getting that new info before sending. 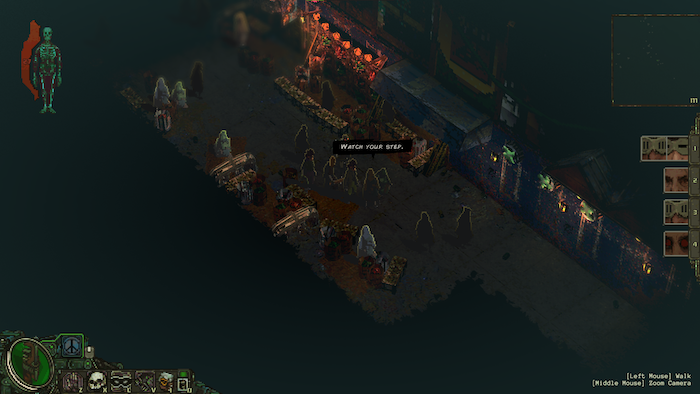 As always, hope all of you are doing well.

Amazing job, keep up the excellent work! Can't wait to play this one! I wish you could build in an XCOM: UFO Defense combat system, but the current solution will be hopefully also fun. :)
I still want to launch a campaign with a commando platoon (24 soldiers max :D) in this world in "long turn mode", then when every unit of mine spent their action points, press enter to let the enemies move.