Short article covering several of the "spit & polish" changes made to Mischieviots in the lat few weeks.

Posted by NetprogsGames on Dec 4th, 2016

I've been recently working on quite a few "spit & polish" changes for the game in the last few weeks. Here's a quick peek at the major changes made recently.

Previously when characters are under the effect of longer term spells such as confusion, slow etc their name in their console would switch in/out with that affliction until it goes away.

I've now added in a small icon beside their name/affliction to show it full time regardless of the rotation of name/affliction. I've also added a small number over the icon to indicate how many turns (if applicable) that effect has remaining and then sort by that number from highest to lowest.

Due to space limitations though there will only ever be a maximum of 4 shown and any additional messages/icons will be displayed as the oldest are expired/removed.

Not all spells will end up in this list as some of them are designed to be "secret" and you're just going to have to learn how they work :) 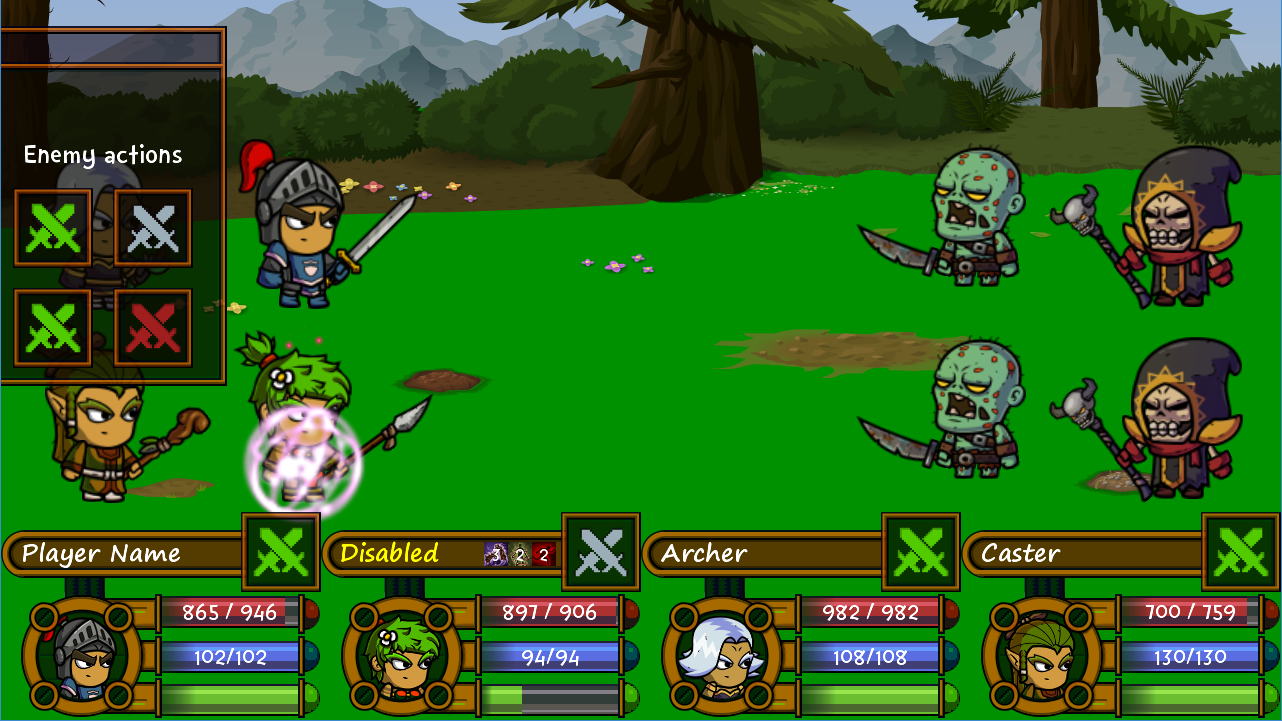 After some feedback from players, it was observed that most didn't even realize that the window displayed post-combat showing their experience also allowed them to review what benefits a character gets should they level up on that last battle.

Previously you had to click on their "panel" that showed the character and it would open up a separate window with details, but it was never made obvious that this could be done; so many people missed it.

I've now updated that window to better show all characters in one look (no more scrolling needed) and also made it more obvious that you can now step into a separate window to review details on a level up. 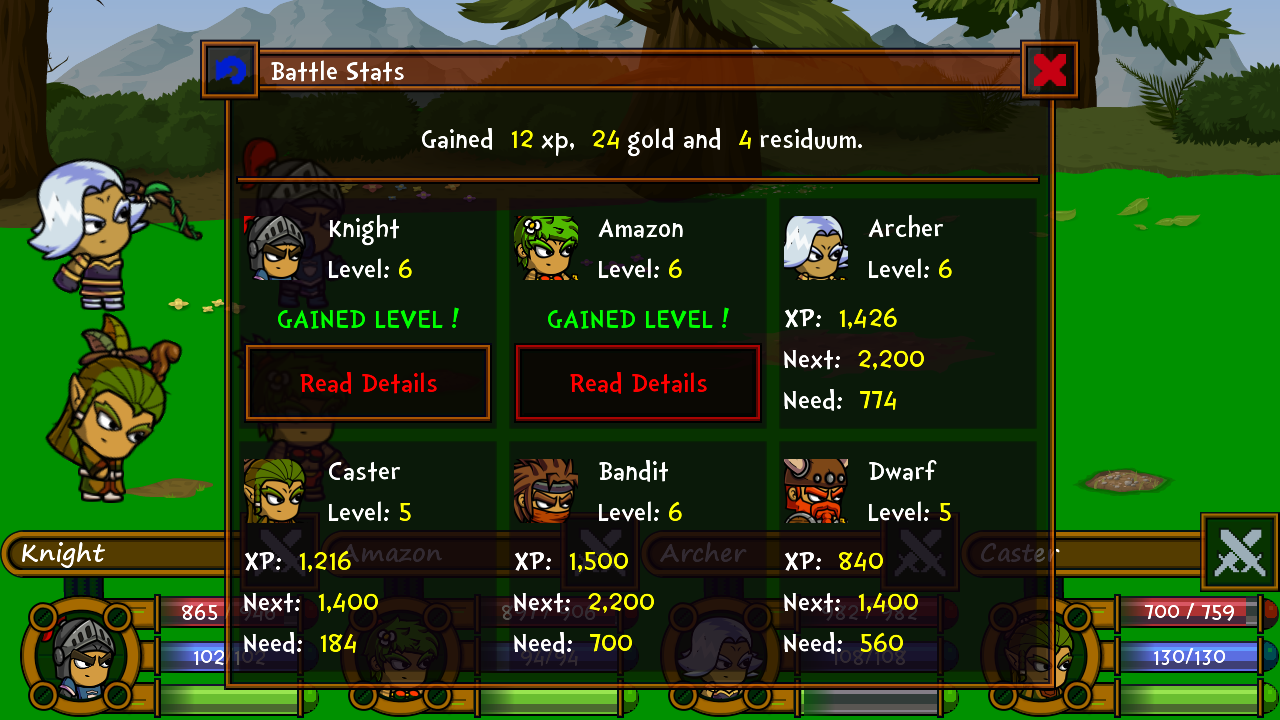 I also made some minor changes to the details window, nothing worth talking about, but here's a screen shot of it now: 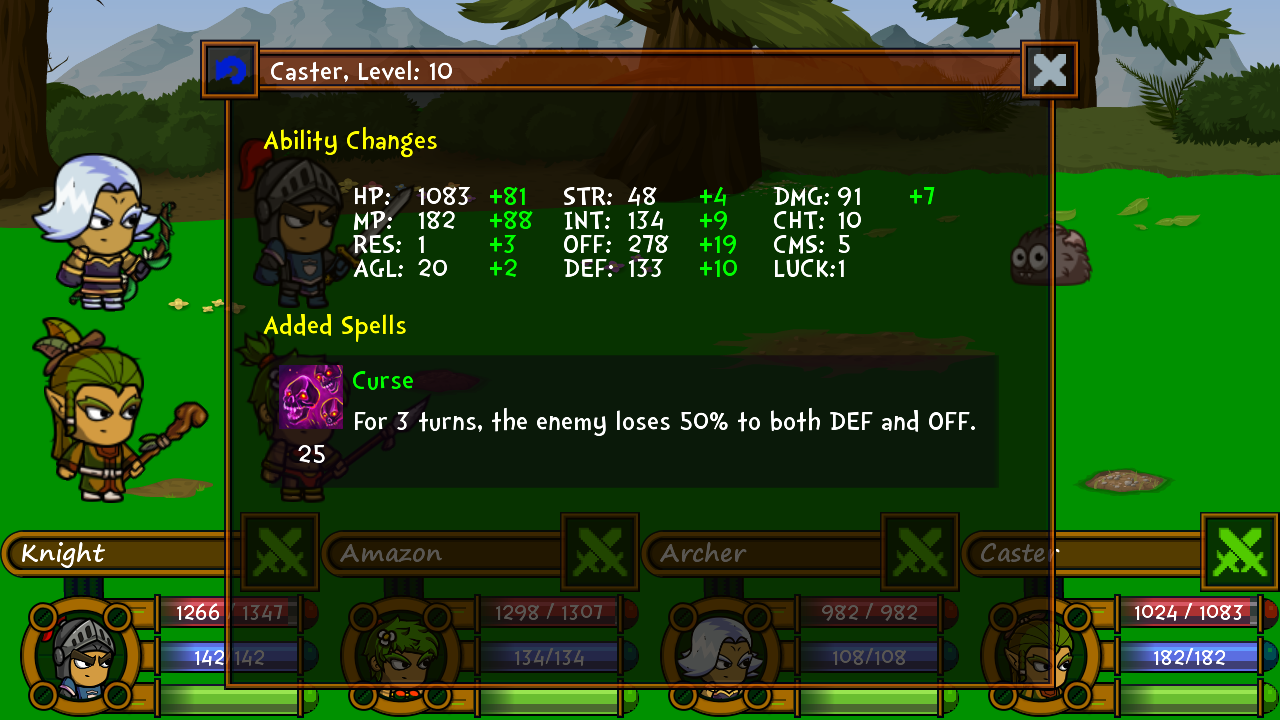 Originally the two spells bounce and reflect were using the same animation which sometimes made things confusing. With that, neither of them had any indication that they were currently active either.

I've recently added in overhead icons for both these spells and although they are still using the same animation, each one was given a separate color so you can determine which one is which just by a visual check.

There were also several bugs that seemed to sneak their way in over time since the original creation of these two spells and I had to spend some time this week working them out. I believe I've since resolved all the problems though and have created a couple of GIF's showing off their new visuals.

Reflect: Causes all spells cast upon the target to be reflected back upon the caster instead.

Bounce: The counter-attack against Reflect. This allows you to "bounce" spells off an ally and bypass reflect above. A secondary result of this also allows you to bypass other "reactive" spells such as Shell on the targets also!