A game of Ice and Fire... spells! Winter is coming. In real life that is. 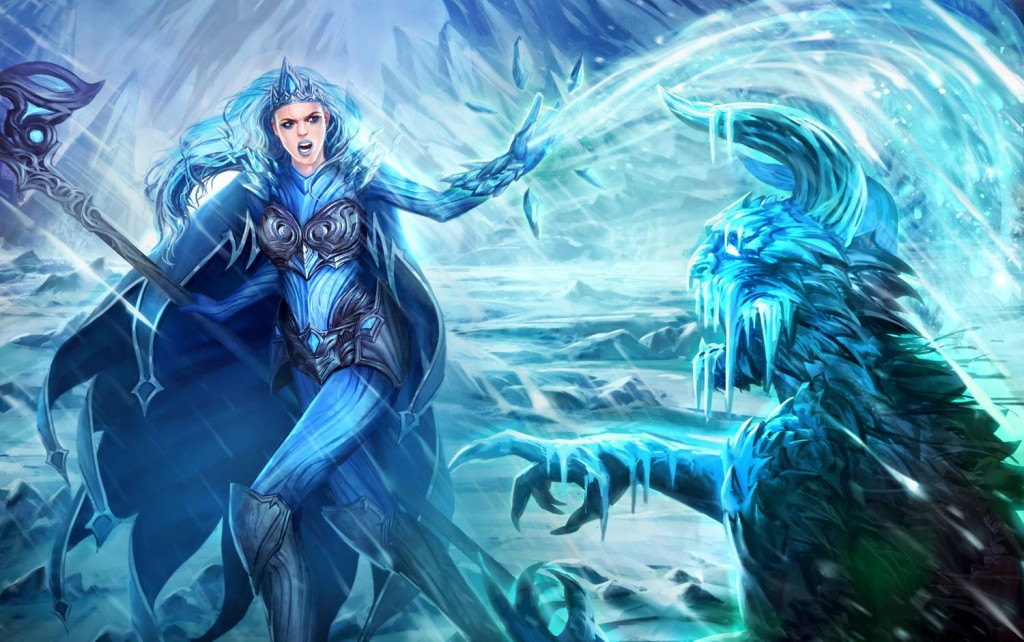 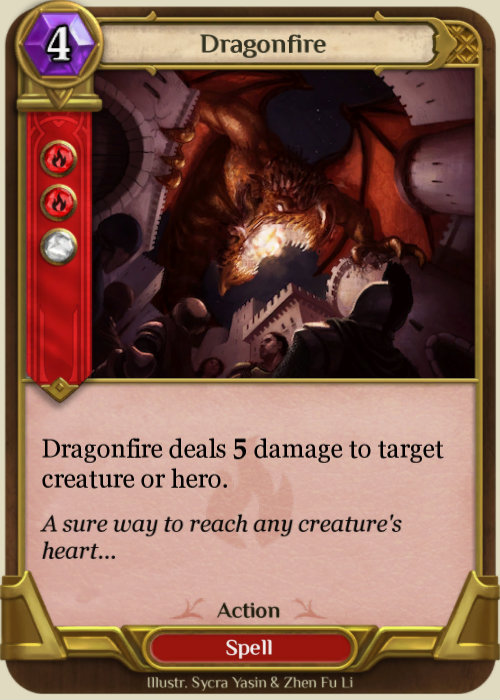 And then in the same line of thoughts the chilling Flashfreeze! 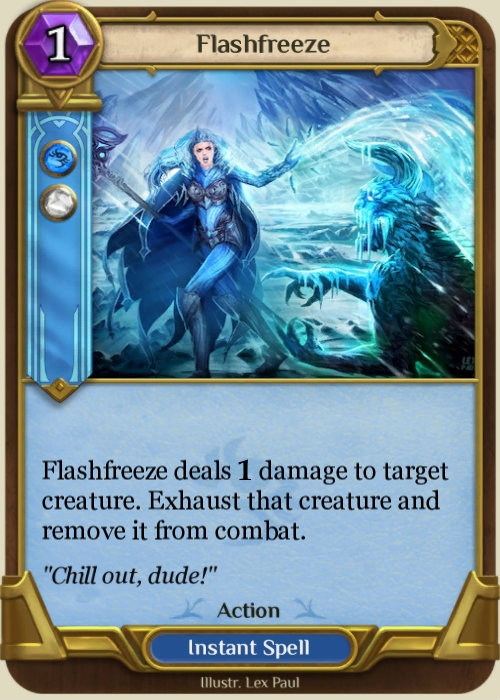 As you probably noticed the spells presented so far belong to a different magical aspect from the Spellweaver TCG world. But that doesn`t mean you cannot combine and use spells from different aspects in your deck! If you build your deck in appropriate fashion you can get for example both Dragonfire and Flashfreeze and dominate over your opponent`s line in a duel. Isn`t that really nice?

What the criz-zable!?!?! The art is gorgeous! Looks like a fun game too!

Best of luck and wow!