In this article we'll be talking about the thoughts and concepts behind Lothlórien's spellbook powers. But prior to that, we'd like to announce that Lothlórien is content complete! We're now commencing bug and balance testing, visual finetuning, and finishing up additions to the existing factions. The release is within sight, though we can't tell you when exactly it'll be. Now on to the article. 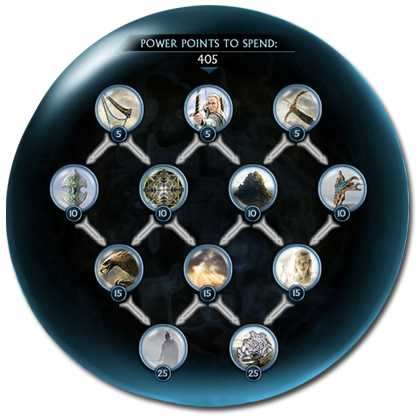 Elven Horn
A common tier 1 power, the Elven Horn buffs friendly units within its radius. It's a safe bet in most circumstances.

Leithio I Phillin
Loose the arrows! Leithio I Phillin is a lesser version of the vanilla Arrow Volley. It's area of effect is smaller and its damage is significantly reduced, but this power is still a great way of countering enemy rush tactics. Not a bad choice when facing Misty Mountains or Mordor. 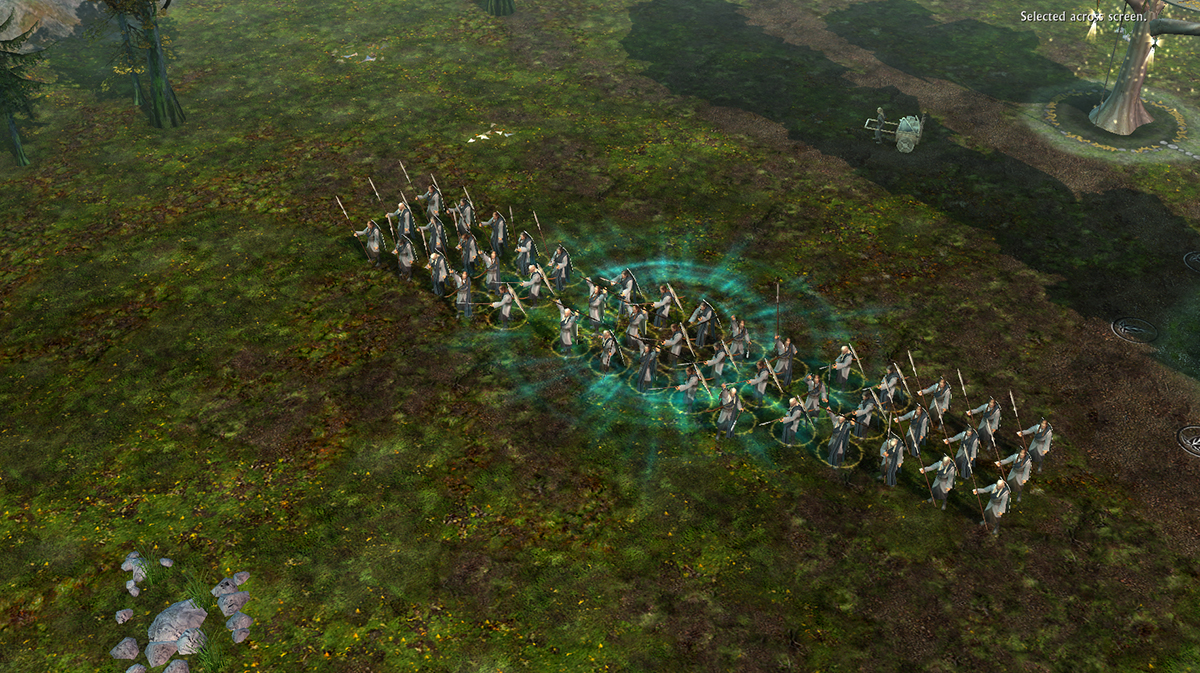 That is no Orc horn!

Amroth's Knights
Lothlórien is not a cavalry based faction. They have their Riders of Nimrodel - ranged with an unlockable toggle to spears - but creating an effective cavalry force from those is very difficult. To allow for cavalry strategies, we decided to give Lothlórien a spellbook path to heavy cavalry: the Knights of Amroth Amdírion. This is not a summon - once you buy the power, the Knights can be recruited from the Golden Wood Pasture. For more information on these units, check out one of our previous articles.

Silvan Allies
Though there was little love lost between the Sindarin King Thranduil and the Noldorin Lady and Lord of the Golden Wood, they would put their alliance into effect in times of need. Both realms were largely populated by Wood-elves, and so have many cultural similarities. Lothlórien may summon three battalions of Mirkwood Rangers to come to their aid.

Glade of Mellyrn
More trees! This is Lothlórien's version of the vanilla Elven Wood power. It's the same as 2.02's Elven Wood, but with entirely new visuals.

A Very Great Wizard
Though Radagast the Brown lived in the southern borders of Mirkwood, this really wasn't so far from the woods of Lórien. We were looking for an interesting hero summon, so who better than the quirky, kind Brown Wizard? He comes with a full arsenal of magical powers, such as the ability to summon spying birds and siphoning dark magic from his allies, healing and fortifying them. 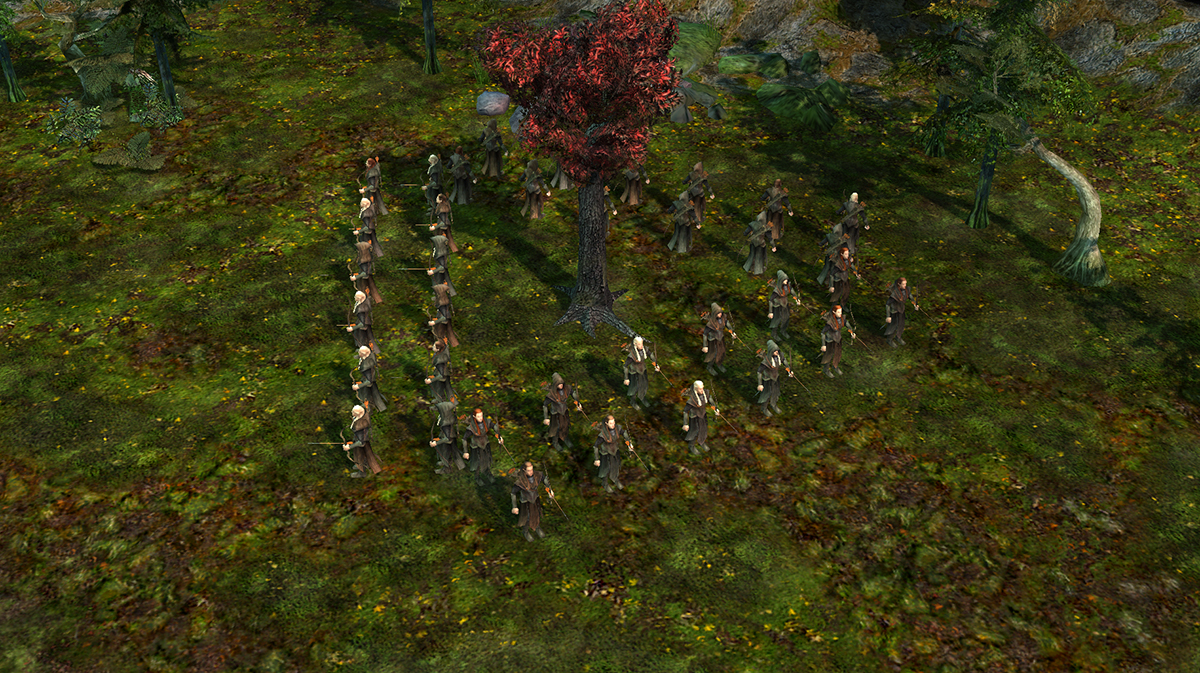 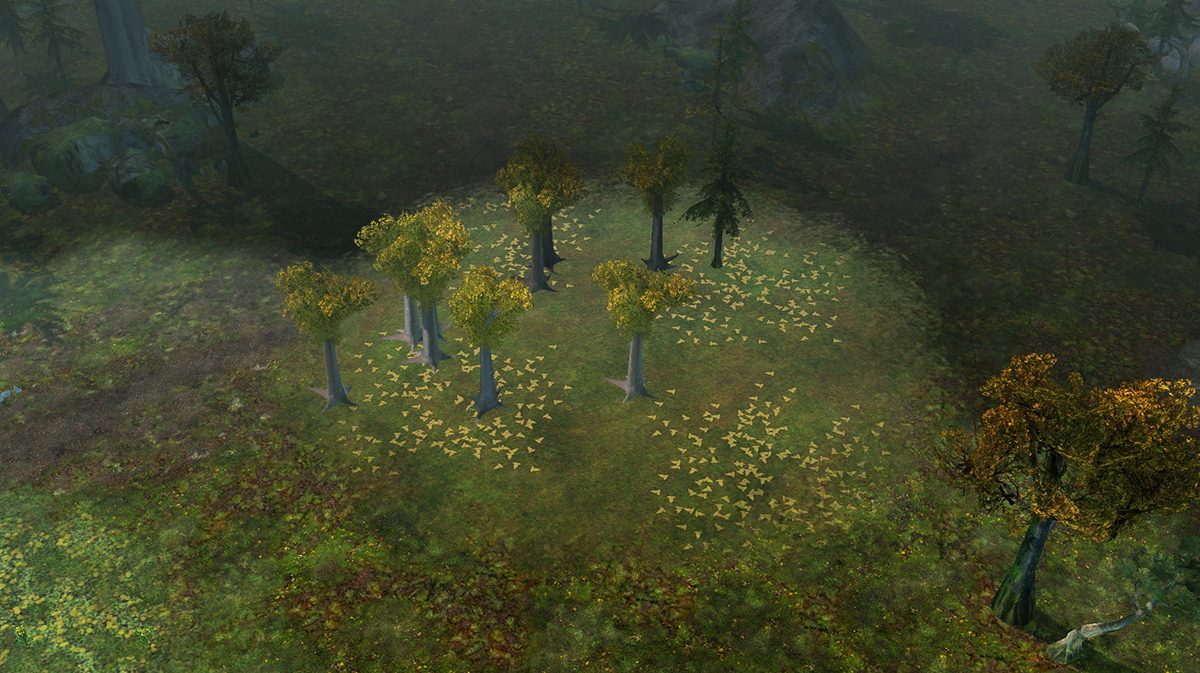 Eagles of the Mountains
When Gandalf the Grey was sent back after his battle with Dúrin's Bane, Gwaihir the Windlord bore him to Lothlórien, where Gandalf was clad in white and set out to complete his task. This indicates that the Galadhrim had some connection to the noble Great Eagles, and an indication is all we needed to bring them in as a powerful late game summon.

Blessing of Manwë
Manwë, the King of the Vala and ruler of the Winds of Middle-earth, gives the Elves of Lothlórien his blessing by parting clouds and letting the light of the last fruit of Laurelin shine upon their lands. It's Cloudbreak, in case you hadn't caught on.

Cast Down Its Walls
When the White Council assaulted the Necromancer's old fortress in Dol Guldur, Galadriel used her magic to cast a spell that laid bare its pits and cast down its walls, utterly ruining the dark stronghold. Cast Down Its Walls is a lesser version of vanilla's Earthquake and can take down one or two structures in its radius.

Mists of Lothlórien
When Eorl's host passed Lórien on his way to help Cirion of Gondor in his war against the Balchoth, Galadriel sent out a great mist to cloak the riders from unfriendly eyes in southern Mirkwood. The Mists of Lothlórien power cloaks friendly units, slows enemy units caught inside it, and deals heavy damage over time.

The Ring of Adamant
Galadriel, Bearer of Nenya, the Ring of Adamant, used her Ring's magic to stave off the inevitable fading of her people and suspend the Golden Wood in a state of perpetuity, preserving and protecting it against the encroaching Shadow. When cast, the Ring of Adamant power strengthens everything within its radius: units gain armor and healing, and structures are repaired. 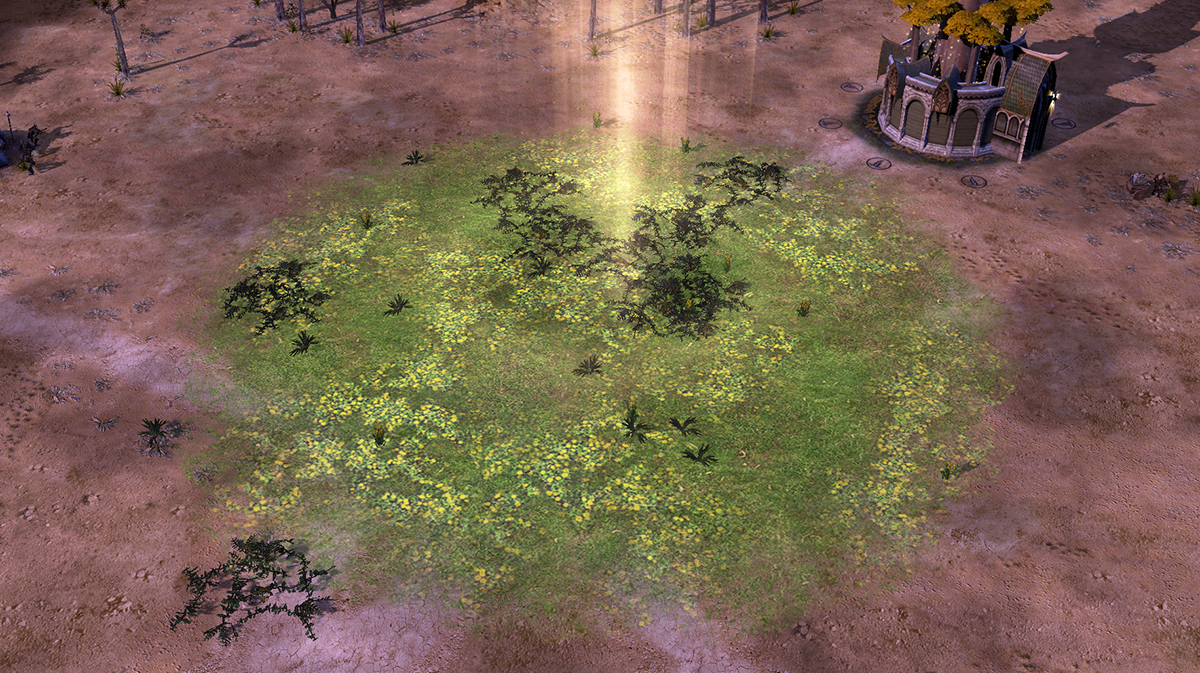 The Ring of Adamant has a unique visual effect

This is wonderful. This mod will be better and better. I like the unique ideas and design.

Brilliant. Great work AotR team! This spell list is varied and super unique. I really like everything on display here.

Wow. "You Can Go No Further" and "Leithio I Phillin" used together could be pretty powerful, especially when teams up with a unit or two of archers. And that's before even getting to Tier Two. Sounds awesome.