Version 1.0 of the Spanish Civil mod has now been released onto the Steam Workshop! Please give it a try!

Today, version 1.0 of the Spanish Civil War mod has been released!

You can find it on the Steam Workshop for Hearts of Iron 4!

This has been a really interesting side project for me! So I hope you give it a try and enjoy it, because it was fascinating to create it. Please give it a try and let me know what sort of changes you'd like to see!

So, what does this mod actually do?

The Generic National Focus tree for Spain has been replaced, and 58 new Focuses have been added! there are also new events and 3 new National Spirits. 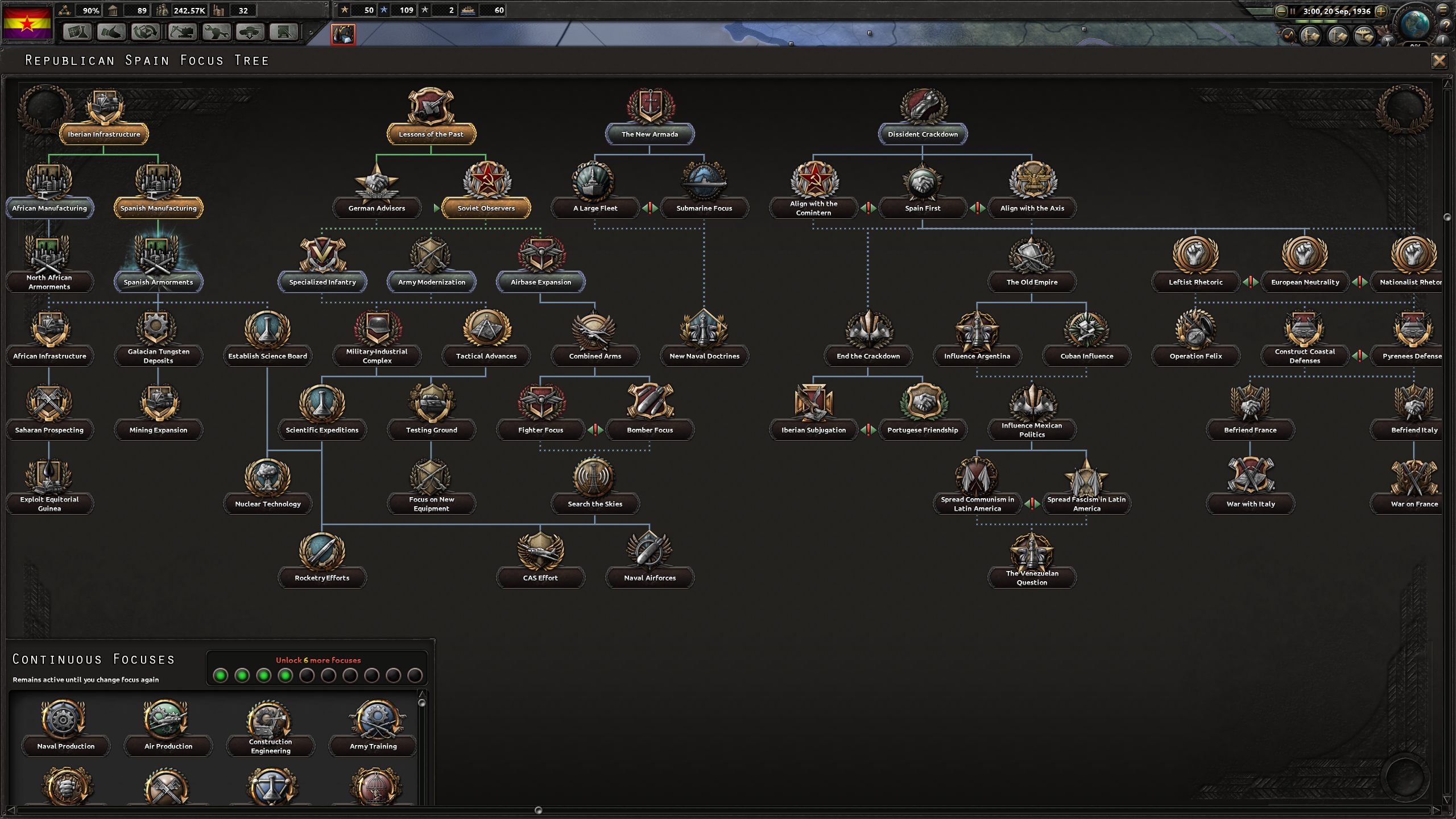 These focuses range from exploiting resources such as Tungsten (which Spain exported a huge amount of during the war)... 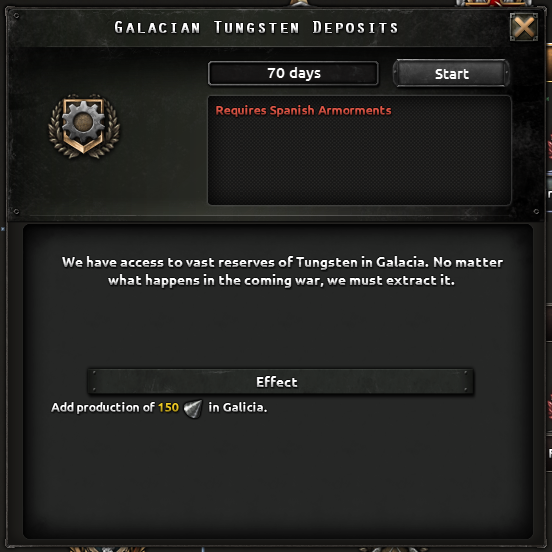 To enforcing crackdowns on dissidents to keep Spain safe (available once you've picked an ideology). This will give you a new idea - which can later be replaced after completing the crackdown! 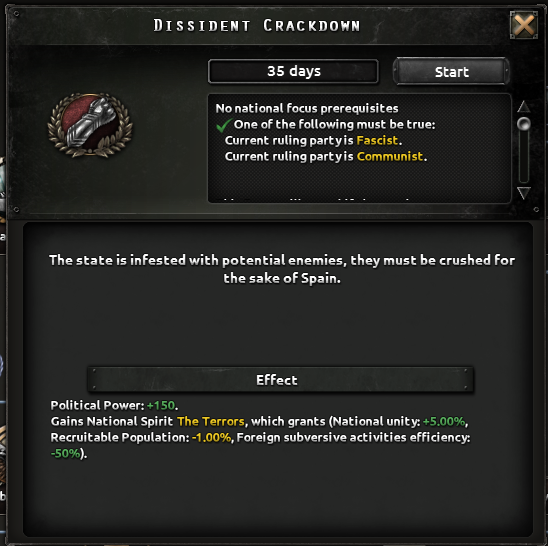 Seeing as Spain was used as a testing ground for new weapons and tactics by some of the major powers of WW2, it made sense to give them a reward for going through it. This focus is quite deep in the tree, but it is very powerful... 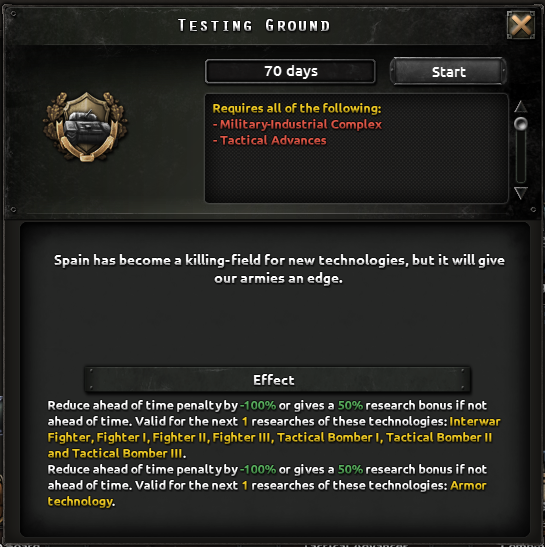 One of my favorites, is part of the politics tree which focuses on South America. You will gain the ability to export your Ideology and potentially create some new allies!

However, this is definitely going to annoy the USA... 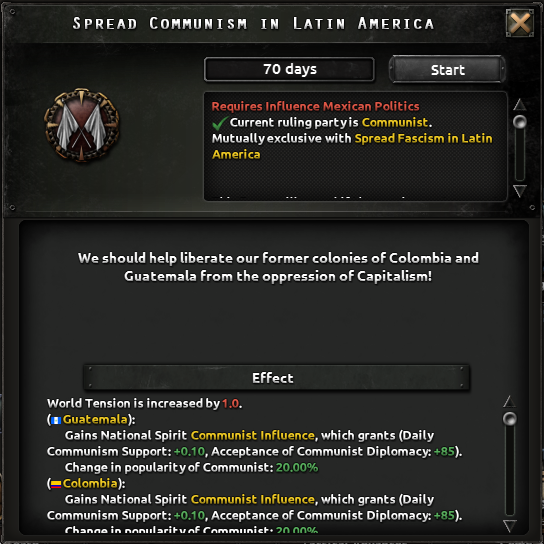 The Prelude to War

One thing I will be focusing on in the future with this mod, is making the period before the Civil War more interesting. In version 1.0 you will have the ability to influence the amount of equipment available to your preferred ideology, along with their National Unity and stockpiles.

Based on a real event - there is a good chance that the Socialist militias could have gotten access to weapons from the Spanish government in the days leading up to the War itself. 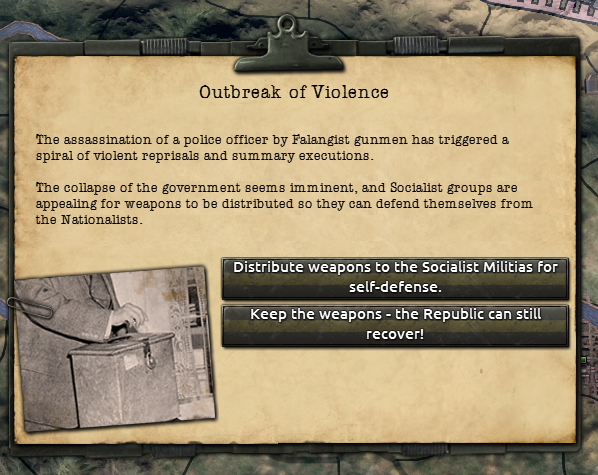 However, they did not!

Going your own way...

You'll also get the chance to form your own faction - the Nuevo Imperio Espanol.
It may not be historically accurate, but I felt it was probably the best way to ensure that there is a neutral Spanish fascist power in the 1939 start date. 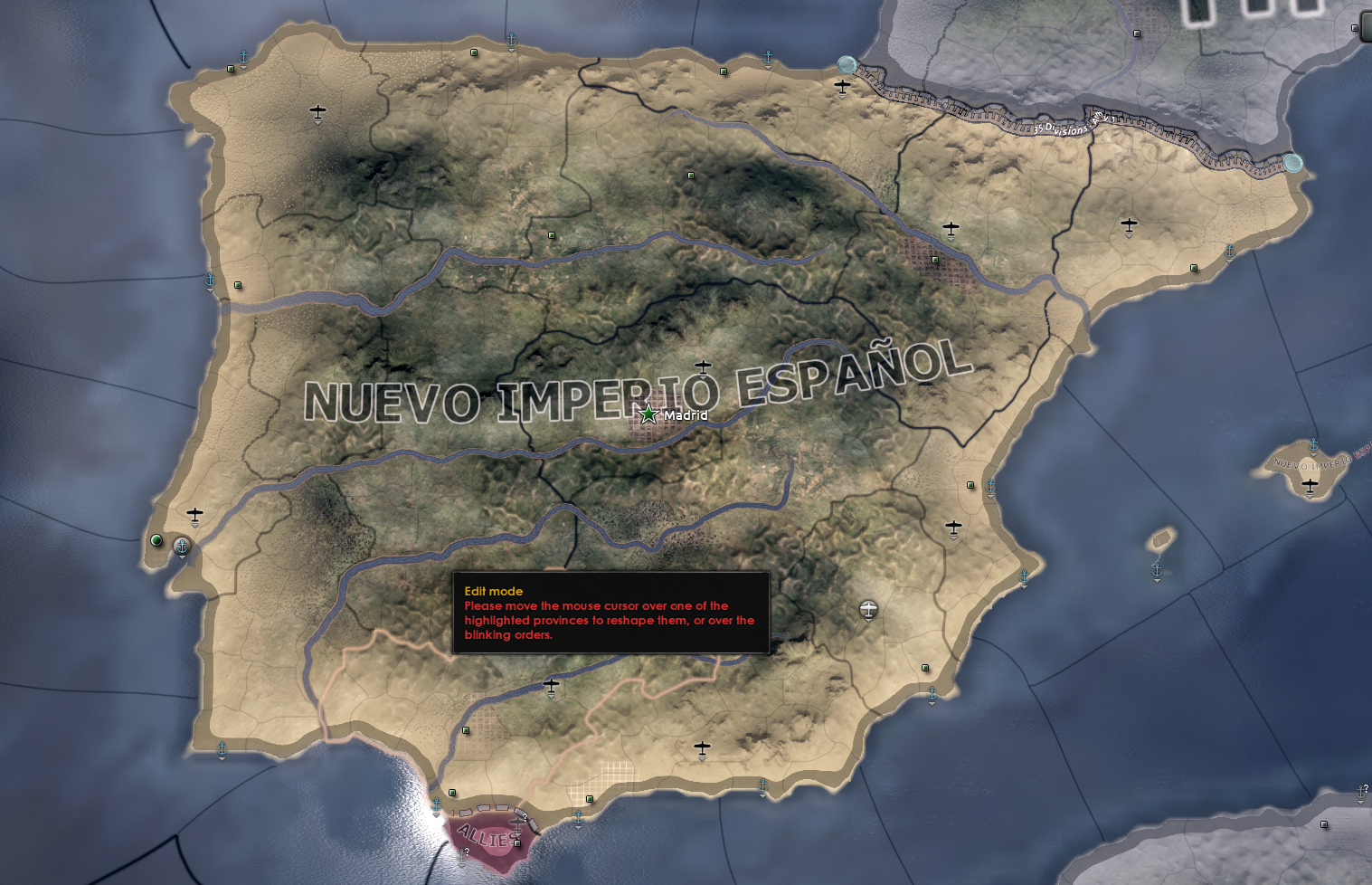 I plan on expanding the Pre-Civil War events over the coming weeks, to try and add some interesting Gameplay before your country implodes.

If you have any feedback or suggestions, please share them here - or on the Steam Workshop page!