Space Bot and I got some free profile raising with a gig at the Apple Store in Queen St (Brisbane, Australia).

Last week I got a gig at the Apple Store in Queen St (Brisbane, Australia), alongside Cam Owen & James Bowling of Attract Mode Games and John Passfield of Right Pedal. We were talking game development to a bunch of eager students. It was pretty cool! 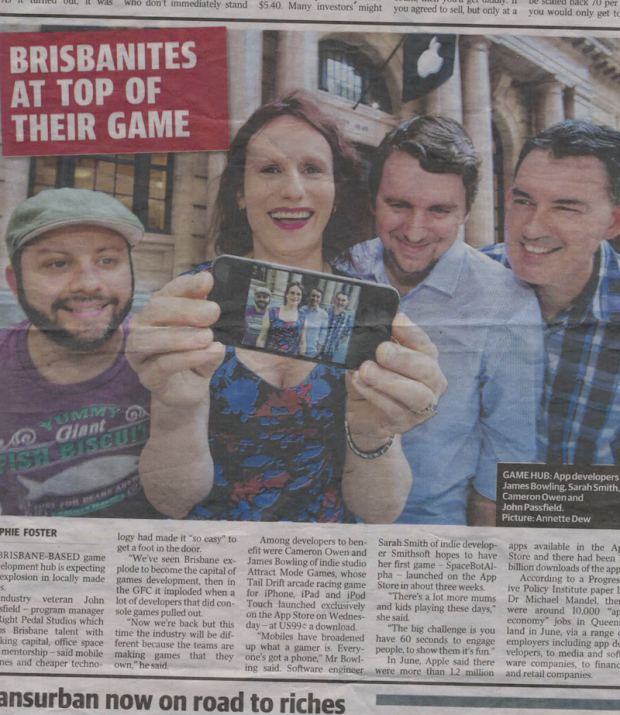 The local newspaper Courier Mail got wind of it and got us to do this shot outside the store! Kind of cheesy but as an Indie Game Dev I gotta grab free promo when I can.

There was a great turnout - the original 60 chairs were not enough!! Maybe some of them were inspired to get into game dev. :-)