Soviet Engineers had changed its name to Soyuz Constructors! We'd like to let you know about gameplay mechanics that had been added to our game, such as assembling, welding and gantry!

It's been a long time since our last update here. We apologize for that. Those of you who follow us elsewhere probably know that we're hard at work, but if you've been keeping up with our progress here, it probably seemed like the project came to a stop, which is definitely not the case!

Many changes took place in our project over this time and we'd like to tell you about the most important ones.

First of all, we've changed the name of our game to better reflect the game mechanics! Our soviet-era rocket builder is now called Soyuz Constructors! 🚀 That's the name under which you can find our game's store page on Steam.

It's one of the basic mechanics in our game! Before you start your work, you have to collect all the tools, screws and components required to build a rocket engine. Inside your hangar, you’ll find everything you need to complete this task.

Then, you have to place prepared components in the right place and fasten the screws.

First, you have to collect all the tools and components. Then, you have to place prepared components in the right place, and after that you can start welding. You’ll have a welding machine/welder, and other required equipment at your disposal.

We would like to show you the model of rocket engine RD 108/107, which is one of the engines you'll get to assemble in our game. Every constructor in the Soviet Space Program should know how the engine is built, so of course you will also be learning about engine's components as you go! 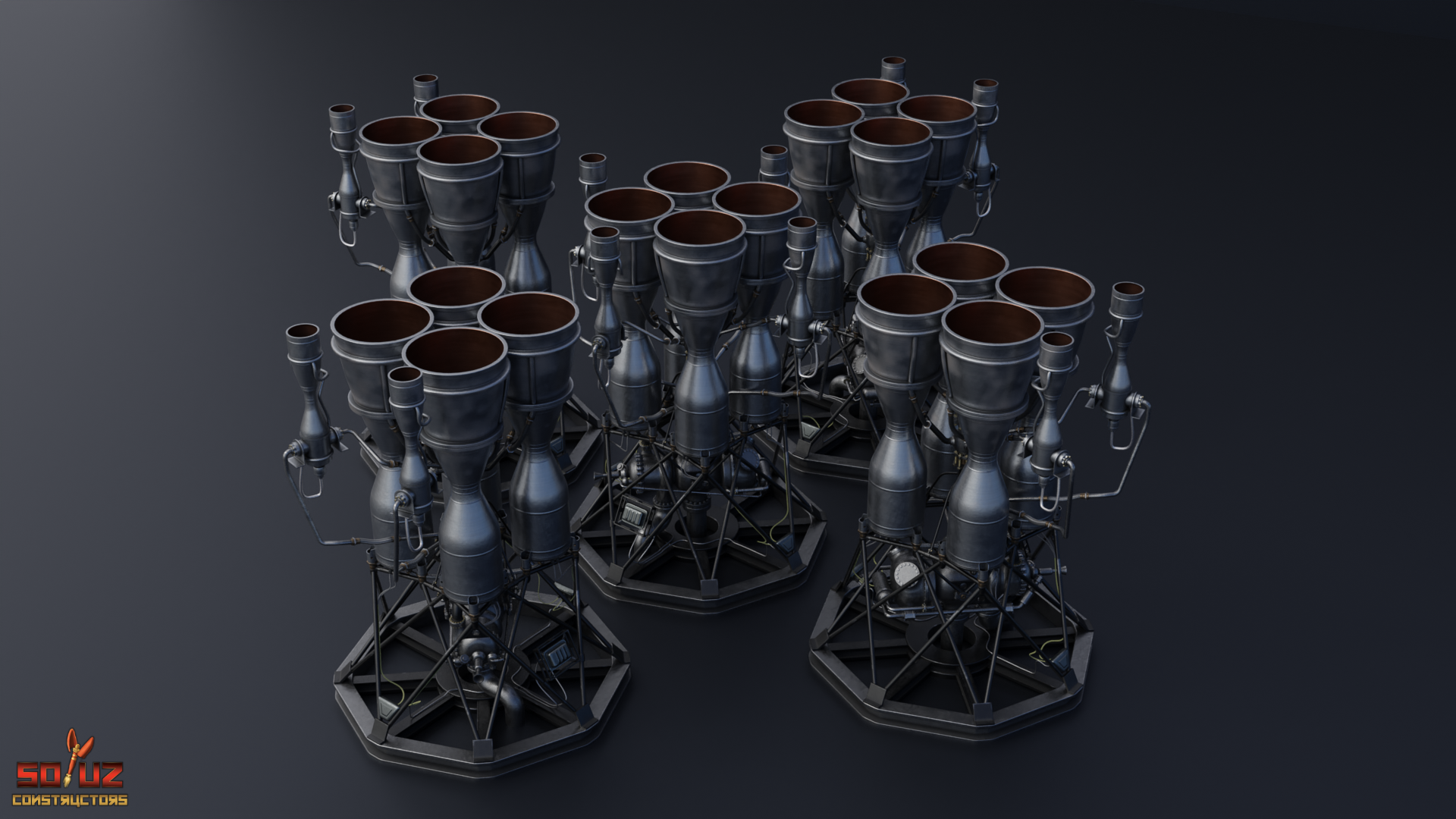 Our 3D graphic designers modelled the rocket engine RD 108/107 based on the reference images they had priorly collected. They are still working on this model, so keep in mind that these renders don't represent the engine's final look.

You can use it to move around heavy parts in your workshop that would be impossible to move on your own. Did you finish assembling a module and would like to bring it closer to the other parts of your engine? Place gantry over it and move it!

Stay tuned for upcoming updates and if you would like to talk about the game, join our Discord Community! If you have any suggestions or ideas, don't hesitate to let us know!