The South America and Africa theme scenario has been opened and welcomes all virtual airline managers onboard.

This is a special regional game world lets you take control of an airline in the South American or African continents. Your HQ airport must be located in either continent but you can fly globally to any destination. Your airline may also expand with additional base airports in any country within the same continent as your airline. In this scenario you can for example build a short-haul commuter airline in Brazil or fly longhaul from Africa to Europe/Asia.

The game world starts in the year 2009 and continues to 2020, with overall duration of about 2½ months. The overall passenger demand is adjusted from the normal calculation to support the higher traffic level in these continents in this game world.

Now it's the perfect chance to try something else and discover new routes and new airports! Play the airline sim at: Airwaysim.com 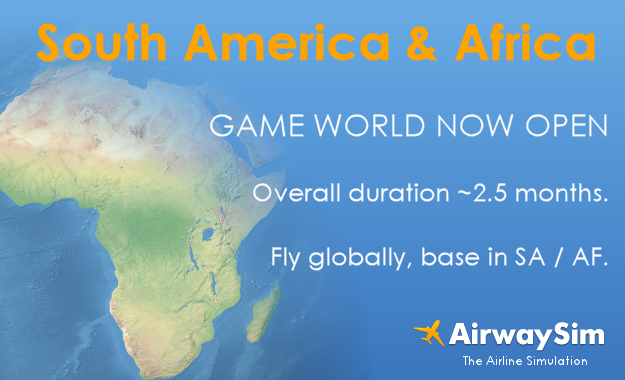 The latest new features and changes in our simulations are: 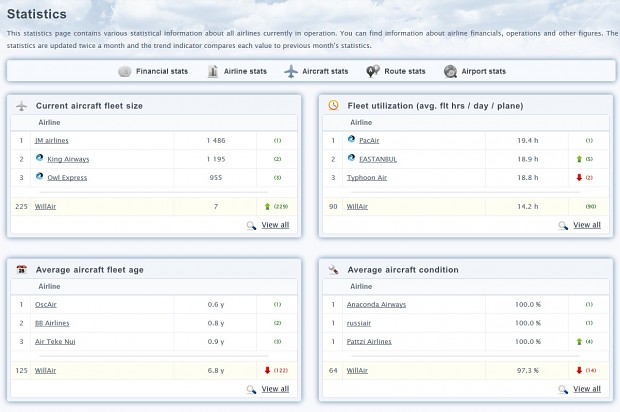 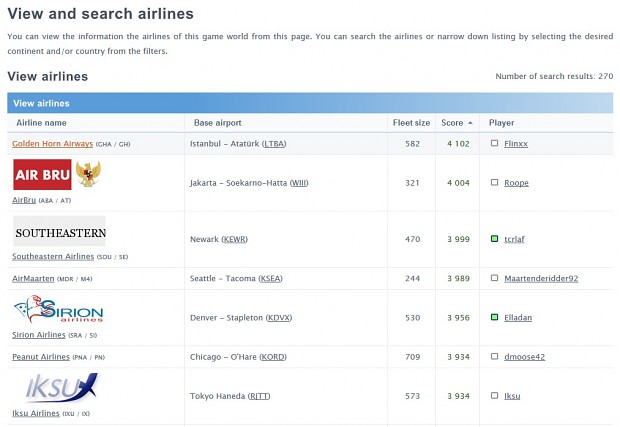