Continuing preparation for Soul Saga's Kickstarter campaign. The theme song is done, and a music video is in the works. 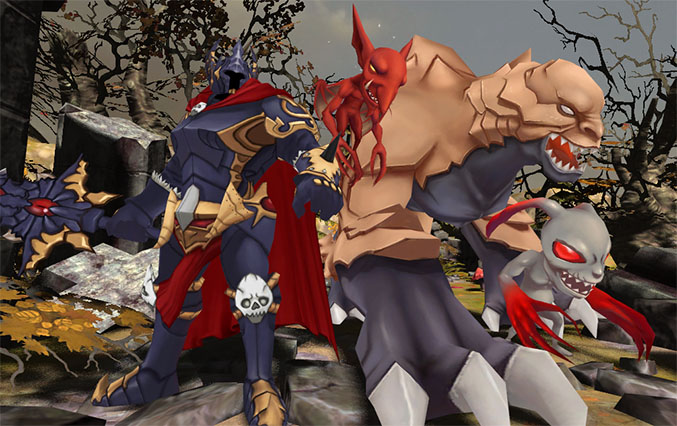 The past two weeks I've been mostly writing story, working on dialogue scripts, and getting stuff together for the Soul Saga Kickstarter. I have had to cut the project off with the Video Producer I was working with since I couldn't see his section of the video getting done in a time frame I needed to launch the Kickstarter. I wanted to launch the last week of April and, well, it's now the first week of May and this Kickstarter won't be launched for at least another 3 weeks.

The theme song is done! Well, almost. Right now it has a vocaloid (like Miku) singing, so the composer will be getting a vocalist to do the real vocals now. Hopefully that is officially finished next week. It was fun going through all the composers who applied. There is a whole lot of talent out there. In the end I went with a Japanese composer who best fit the Anime style I am looking to go for with Soul Saga's theme song. I will most likely look back on the submissions I got to find a different composer for the rest of the soundtrack, though. Like an anime, I had the theme song specifically tailored to a style different than the actual content's scoring will be like.

Since the theme song is basically done, I've also picked up After Effects and started to throw together a music video of concept images and gameplay footage. I have never used After Effects or made a video before, but after a day of studying it I almost have the music video done! It's pretty cool to see all the work I've had for years start to take motion and come to life in the form of a polished presentation.

In a previous Developer Diary I had mentioned that voice acting might be a possibility for Soul Saga. I'm still looking for the right voice for the main male character, Mithos, but I'm pretty sure voice acting will be making a debut in the Kickstarter. After getting a price quote, I determined that getting voice acting for Soul Saga will have to be a stretch goal. I think I'll make it the first stretch goal, because I think it'd be pretty sweet to have a lot of voiced dialogue in Soul Saga.

I'd really like to know how you feel about voice overs and if you think they can help you enjoy the game more. Please leave me a message on the Facebook, Google+, Twitter, or Indie DB pages so I can hear your thoughts!

I'm going to continue working on the music video for a few more days. By the time I'm done with it I'm hoping I will have been able to lock down a voice actor for Mithos. I'll then start working on the second part of the Kickstarter video. Hopefully the next Dev Blog will be good news about the Kickstarter launching!

In my humble opinion, from someone who also made a kickstarter once, it would be wise to not hurry in doing a fund raising campaign, unless you really, really need this support now.

Thanks for the tip, Lunarts. I think that's genuinely very good advice.

There's no way I'd release something that I wasn't pretty proud of, but there's only so far I can take the game alone. The two major reasons I want to release soon are that I need time to incur some Kickstarter expenses before 2014 (for tax reasons), and because my personal coffers are starting to run dry.

I will try to make sure the presentation is solid before I actually launch, though. I think I may pick a few active posters from the community to critique the final draft of the presentation before I officially launch it. Honest feedback from the fans is always helpful. I'll let you know when I do that!

I know you would only deliver good content by the images, by what you said then that is it, go for the kickstarter. Gathering constructive criticism before releasing it is a smart move too. I may give you some tips about linux game news sites(and one for mac, but no windows) kickstarter and other subjects if you private message me.

Voice acting can be double-sided sword, in my opinion.
It won't make or break a game, but if you want it done you should make sure it's done right. Worst case scenario just have to option to turn it off.
Otherwise, good luck!

Hey Siveon! Thanks for the feedback. =) Voice acting is definitely a risky place to tread, especially since the price adds up and that can potentially takes away from other areas. I'm being extra picky about who I let do the voices, since I am pretty sensitive to the wrong voices being cast, even if they are doing a good job acting. Once you see the Voice Acting in the Kickstarter please let me know how you feel about it!

No problem, I look forward to it!

Why even bother with voices? I prefer text... That way you can imagine a voice as you read. It'll decrease the game file size, and please many old school rpg fans as well. I really dislike how voice acting is the norm for modern games...

Hey Xavior, I see what you mean. If I end up going with voice acting, I will try to make a way to turn off the voices. I was planning on using Disagaea styled cutscenes, so there will be both text and voice, so it'd be easy to just turn off the voices.

I normally have subtitles on even with voices... because sometimes its hard to understand the dialog with music, sound effects and accents.
Either way, Soul Saga looks very fun!

That's a good point, booman. I'll make sure that there is the capacity for both voice and text.

Nice! Even so, voice acting isn't something you should think on too much; but if the kickstarter is successful, then go right ahead ;)