Recently I've come across some nice looking anime-style modular fighter construction kit. I couldn't resist and had to try it out. Here are some results: 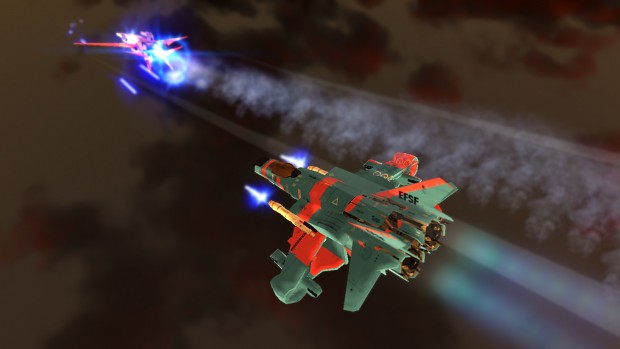 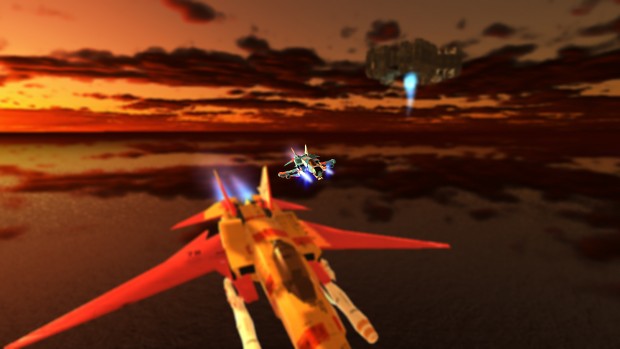 The weapon effects got some improvements as well: the muzzle flush, the shot itself and the impact are better looking. The gun shooting and impact sound effects are more diverse and clear now. 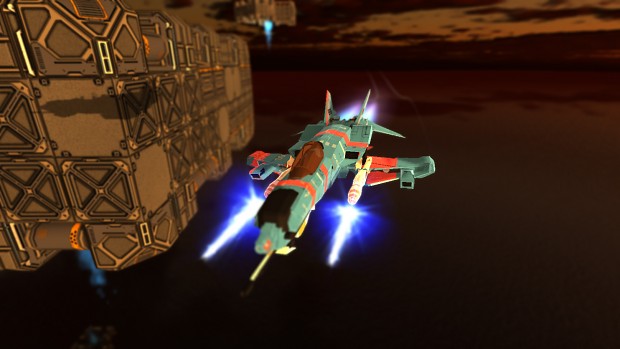 I've also introduced a couple of post effects into the game - reddening of screen edges as damage indication, heat wave on explosion, etc. 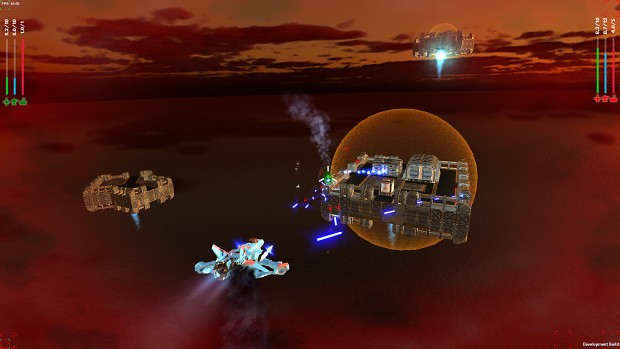 All of this will be a part of sop3000 dogfight demo which I really hope to release real soon. I just have to fix one last thing - the audio. My current implementation was quite naive and as a result, with the big amount of the action going on the screen, Unity audio system gets overloaded: sounds become distorted or even not played at all.

After looking around a bit I've come across this interesting idea of HDR audio, which looks like exactly what I need. Seems also like it should be not too difficult to implement it in Unity. So this is what I'm doing right now, and once it's done, I will finally publish the demo!