In addition to the New Republic, 7 Minor Factions will be making their debut in the Beta 1.0 Update.

I know that many of you are most excited about the impending release of the New Republic, but our Beta 1 update contains a few additional things to be excited about. Both the Empire and the Rebels are getting some additional visual updates courtesy of Dolynick, and the Rebels are set to receive some buffs to make their early game economy less painful and enhance their ability to conduct damaging raids. Oh, and we’re doubling the number of Star Wars minor factions that will be out there for you to ally with as you send your Republic ambassadors into the void. 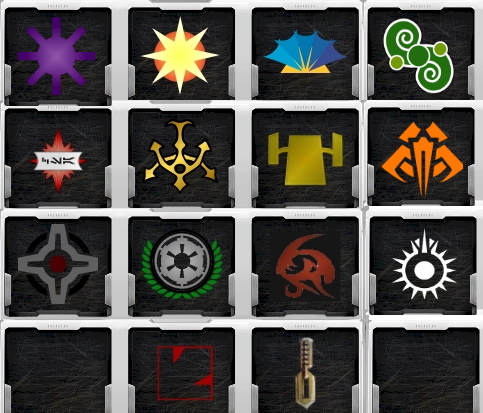 The following new Minor Factions will be released with Beta 1:

Led by famed former Republic Sergeant Kal Skirata, his clan of Mandalorians are espionage professionals. While this specialty is not always respected among Mandalorians, demand for Clan Skirata’s services has grown significantly as war has spread across the galaxy. 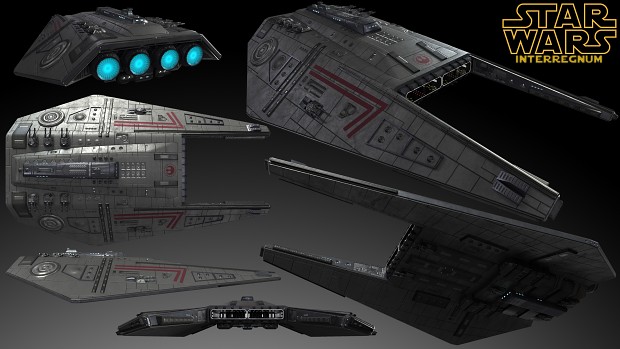 The Home Guard was founded by the SoroSuub Corporation to serve as a local defense fleet for the Sullust system. After years of subjugation by the Empire, Sullust has pledged its support to the Rebellion, but the Home Guard continues to listen to orders from SoroSuub. Should another faction manage to increase their influence with SoroSuub, the Home Guard could be persuaded to change sides.

The Home Guard can sell SoroSuub warships like the Dauntless and Liberator class cruisers, and offer access to the company’s many munitions plants. 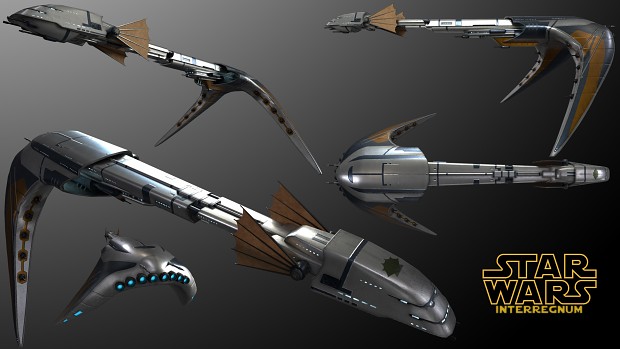 A unique galactic civilization in an isolated Star Cluster, the Hapes Consortium has shunned contact with the rest of the galaxy. That changed following a civil war which saw the Star Cluster ally with the Advent. But the balance of power in Hapan politics is fickle, and should another faction gain influence with the Consortium, they could easily change sides.

Allying with Hapes will allow you to purchase small fleets of Hapan Warships, can slow the advancement of enemy culture, and can conduct offensive operations on your behalf.

Just a few decades ago, the Yevetha were a pre-hyperspace civilization that was ignorant of and by the wider galaxy. They were discovered by the Empire early in Palpatine’s reign, and were promptly enslaved, joining the Geonosians and Wookies as aliens advanced enough to be capable of constructing warships for the Empire, but not human enough to be respected. With Vader’s attention elsewhere in the wake of the Interregnum, the Yevetha seized the opportunity to rebel against their Imperial masters and claim the warships and shipyards orbiting their planet. The Yevetha could be a notable independent power, though one whose xenophobia may prove challenging to work with.

If an alliance can be secured, however, the Yevetha can supply significant labor and expertise to your shipbuilding industry. They will also conduct genocidal if somewhat unfocused raids on other powers.

During the Galactic Civil War, Saw Gerrara founded a band of Rebel extremists who exercised little restraint in their operations and cared nothing for civilian casualties. Gerrara was killed on Jedha, but his group survived and reformed, continuing their no-holds-barred war. Shunned by the Alliance to Restore the Republic, the Partisans may be willing to provide assistance to a surprising number of factions in return for financial backing.

The Partisans specialize in attacking enemy planets with guerilla warfare and planetary assaults.

The galaxy’s most infamous criminal syndicate has struggled in recent years. The death of Prince Xizor at the hands of Darth Vader deprived the organization of its political cover, and the rapid militarization and fragmentation of the galaxy has increased costs and reduced profits. Despite that, Black Sun still has significant clout in some areas of the galaxy. It is a founding member of the Atzerri Cartel, the informal alliance of most illegal enterprises in the galaxy. It also still maintains an information network that is exceeded only by Imperial Intelligence and the Bothan Spynet.

For a price, any faction that comes to an understanding with Black Sun may be able to benefit from this network. They could also gain first access to the syndicate's supplies of black market weapons and coaxium. 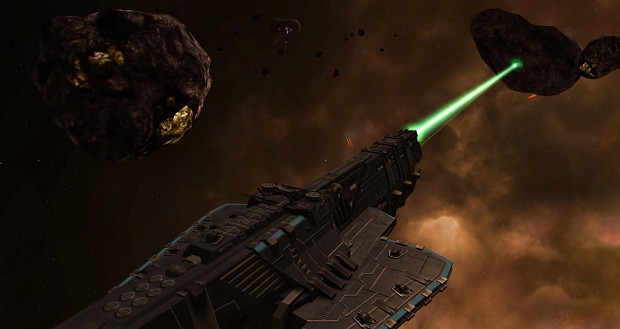 Led by Tyber Zann, the Zann Consortium is one of the few successful upstarts in the criminal underworld these days. After escaping imprisonment by the Empire, Zann managed to capture a secret Imperial prototype warship, and promptly made a deal with the Mandalorians where he would keep the finished warship in exchange for providing technical data to MandalMotors. With command of his very own Krayt class Star Destroyer, which he dubbed the Merciless, Zann was able to rapidly expand the scope of his criminal enterprise. A shrewd negotiator, Zann has no qualms about offering his services to anyone in the galaxy for the right price. This pragmatism cuts both ways however, as no amount of previous business would make Zann think twice about working for your enemies either, if the opportunity and credits presented themselves.

The Consortium focuses on racketeering and piracy operations, and can work with MandalMotors to provide additional Krayt class Star Destroyers for your Empire.

Testing and polish continue on the update, which we’re excited to deliver to you in less than two weeks! Till then, fortify your worlds and prepare your fleets to face the new threat.

I really like the looks of this Hapan cruiser.

Damn you guys, this world doesnt deserve you, so hyped for the release! just in time for my birthday :D

Very cool, I love minor factions as it gives some true variety

I keep meaning to ask but always forget and end up asking something else. So here I finally go xD

I assume eventually all ships will have a shield effect like Home One? Where the shield is more of a 'surface skin' rather than a bubble.

Also how does model scaling work in Sins? Is it like Skyrim where you can set an objects scale to be 5x bigger and the texture looks exactly the same. Or would scaling the ship require new texture mapping?

I ask because I wanted to bring up just how big the ships are and was wondering how easy it would be to scale them down, like Ascendancy or better yet Sins of the Prophets have done. Where their biggest ship, the Covenant Assault Carrier is still overall quite small when viewed from far away. It just makes it look more realistic.

I was also thinking orbital bombardment for the Rebels (possibly the New Republic but I don't know much about that faction in the EU) could be visually reworked to look less...violent? Orbital Bombardment feels more like an Imperial tactic, bringing up Sins of the Prophets again, their UNSC visual are them sending waves of Pelican's down to the surface for ground assault.

There's no current plan to redo all the Bubble shields, but Dolynick our model and texture lead has been making the custom shield meshes for new/unique looking ships. The smaller, more classically shaped ships may not need them.

There is an old tool out there for resizing meshes, but Dolynick said it might have a minor impact on visual quality. Sins Mesh Resizer I think it was called, it will likely require some time to find the right files to get it to work.

The Rebels and New Republic send Y-wings to bomb the surface. That's why their carriers are also bombing vessels. They also have the lowest bombing kill rate.

Resizing a mesh shouldn't have any significant impact on performance. At most it might mean that it is visible more time instead of an icon if it is enlarged a lot. Beyond that, it will be the same vertice count and pretty much the same rendering load.

There are at least two resizing tools that I know of for Sins. The first is the older one that Goa mentions. It works but it crashes after every use and that can be a pain if you have more than one mesh to do. It also does require some older dlls and support files from the game and elsewhere. The second is a bit tricky to set up but is designed to do batches at the same scaling factor, etc. Unfortunately, the second one erroneously also scales hardpoints orientations with the mesh and that can result in errors in-game. You can just copy the old orientation data back from the original model but that's a tedious process if you have a lot of hardpoints.