Some information on gameplay, news and pictures of the mod

I am really pleased to see that most of you are always there and you still support the project Butterly. It is very important to me (on the project "Prelude"), and for the team (the project "Butterfly").

I want to clarify the difference between the team and myself, knowing that I am alone on the Prelude. Although some people involved in flowgraph.

Regarding the mapping, it is going well, see very well, I'm even Etton. Perhaps the fact that the first version had uncovered the CryEngine 2. It's sort of a homecoming for me.

Still, I started working on the gameplay with the help of flowgraph DarkShadow CyberAlien and some lying around in my files. DarkShadow designed at my request some new features like the super jump and a change fov for the camera, according to the movements of the player.

The super-jump adds a lot of intensity to the action and will add many new features in Level Design. Like Fov scalable, which also adds a greater immersion. And thanks to the flowgraph of Cyberalien that manages the movement of the camera, it adds more realism.

Finally, on the scenario, I'm still not 100% sure, but I think I found how to get the main structure of the story. And what is the soundtrack, I already have some songs that I composed a few months ago that should be interesting to use for the mod.

Pending more information, here are some new images for you : 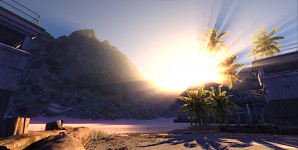 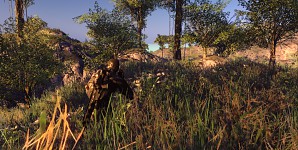 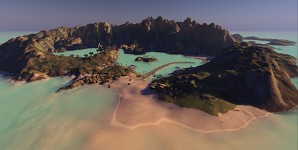 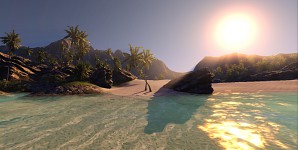 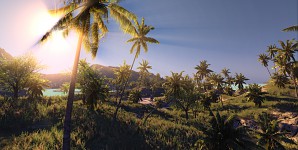 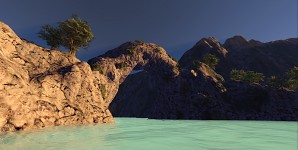 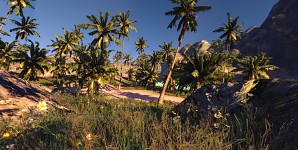 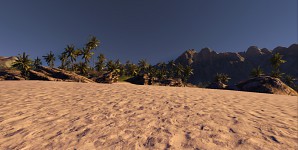 It's...too...beautiful. So excited for the release!

Thanks! :) The next release is for the next month is think, the time for add more vegetation, new mapping and works.

Lol! I try to use a goods settings for the render of the grass :)

aaaa.. i want to live there :D

Thanks! But i think it's not possible XD

It seems someone have wonderful skills here!

Thank you very much oO I'm glad you like it!

You welcome, i'm glad to see that moddb have more and more skilled people like you

The main problem with most Crysis mods is they look like utter sh*t on any settings other than High. Mostly custom content suffers from this since developers don't create low detail content. I'd suggest developing the game on lower detail but that wouldn't look as nice. As a consequence most Crysis mods (maybe all?) are just for monster computers.

I'd like to ask, where Butterfly stands in this?

I have a mid-range computer and I can not put the settings thoroughly with Crysis, so do not worry, I availed optimization.

However, I did not understand your last question. I guess you want to know what the relation Butterfly?!

I asked are you developing Butterfly for low-end machines too. I got my answer though, I have a mid range computer also and I use a mix of High-Medium-Low settings while playing Crysis. Main game looks pretty much awesome like this, but mods look terrible mostly.

I said that I develop the mod for the high mode only. So I activate some effects of the Very High and I turn off unnecessary effects or are too resource intensive.

So do not worry, it will be optimized, even if the the screens suggests otherwise, I am currently between 30 and 45 FPS in the engine, so at 50 fps in the game knowing that I lost about 7 FPS in the engine.

nice to hear where you are going with this ;)

Thank you very much! :D