Post news RSS Some info about the upcoming versions

We have not stoped working since the release of the 0.68 and we have already some things to show.

We have not stopped working since the release of the 0.68 and we have already some things to show.

But first I want to deeply thank the anonymous contributor who entered our first donation. Honestly I doubted this day would come and the amount was by far more than expected. We will invest the money in the mod and hopefully you will have fun for a lot of time.

By the way, we have been nominated to the ModDB Awards in the 2012 upcoming mods section. Thanks everybody for your votes, and don't forget to vote again in the Top 100 round!

And now, back to the main topic. 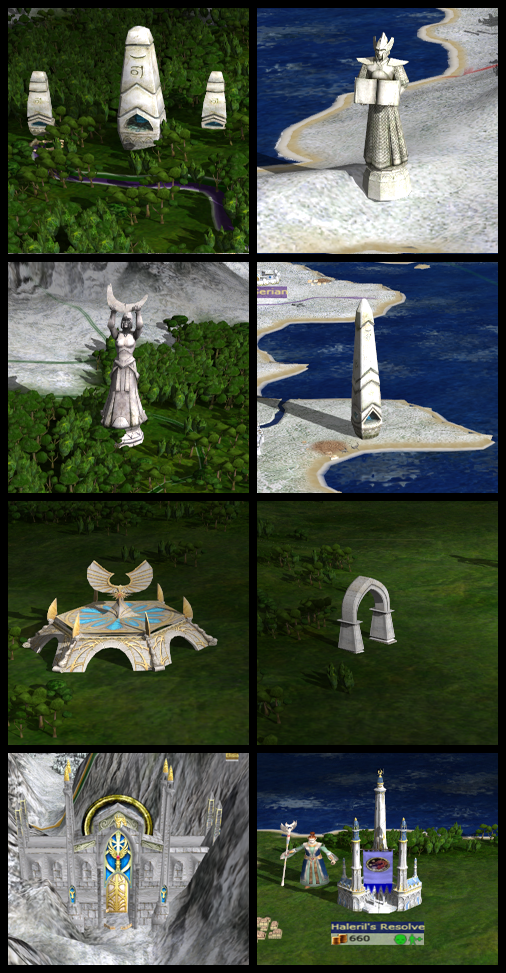 In the one hand we have fixed a lot of bugs reported by the testers such economical unbalance, too hard factions, text typos, graphical issues, errors related to the new Phoenix King elections if Imrik dies, etc. We want to thank all the feedback we recieved during the last two weeks and the kind words. As I said once "It is our fuel".

In the other hand, we have included a lot of new features such the Ulthuan gates to the inner Kingdoms. You will find them in the Annulii mountains from the upcoming 0.69 version.
They act as stone forts and you can garrison them with your troops in order to defend your regions against the Naggarothi invasion. This is specially useful for the kingdoms of Ellyrion and Avelorn.

There are also a lot of new models for the strategic map. They represent special locations such the Altar of Khaine, Shrine of Asuryan, Watch Stone of Athel Tarnhara, etc. Here you have some examples:

Click the image to open it in full size.

There are also a lot of new models for family members. Now Chrace and Ellyrion have a custom one and don't share the default elven character anymore. This has been aplyed in both campaign and battle map scenarios. 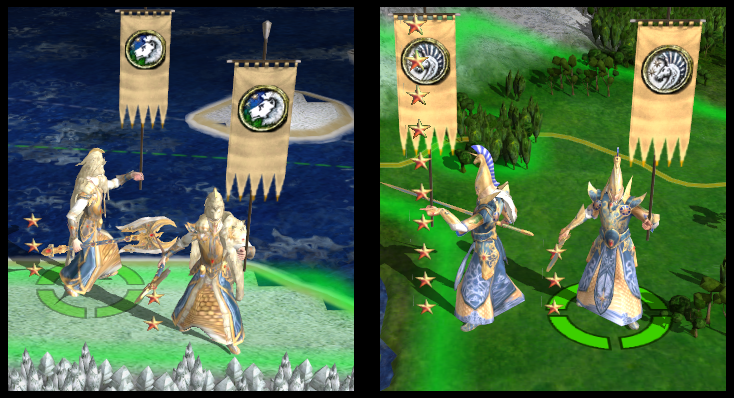 Ellyrion has been improved and they count now with some new units like the Horse Lords: 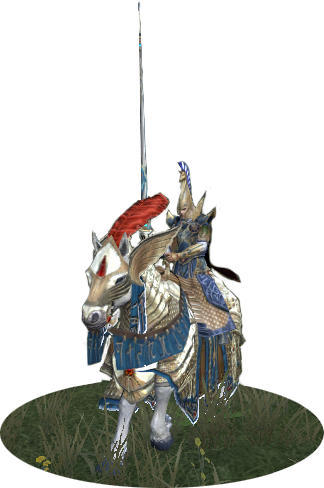 On the vast fields of Ellyrion, the Horse Lords reign supreme. A Horse Lord wins the hearts of the people of Ellyrion, and any Ellyrian would gladly give his/her life for him. They are clad in the finest fabrics and armed with the best steel in the land. They are also skilled fighters, for not even some of the most skilled warrior monks of Hoeth could best them in combat. For a Horse Lord spends centuries training and even more putting their training into practice. Most Horse Lords are even well learned in the ways of magic, practicing either the lore of beasts, life, shadows, or heavens. In addition, some Horse Lords choose to ride on greater mounts, such as the rare dragons or the griffons of the northern mountain ranges. Once a decade, a special constellation in the sky can be seen. It resembles a small herd of young colts. It is on this night when the Harbingers gather together to elect a new Horse Lord. Once chosen, a Horse Lord becomes one of the High Princes most trusted leutenants and advisor. Charismatic and loyal, the Horse Lords are a true representation of Ellyrion.

In addition, you can recruit now a dismounted version of the Ellyrian Knights and Ellyrian Reavers. A very interesting option for siege battles. 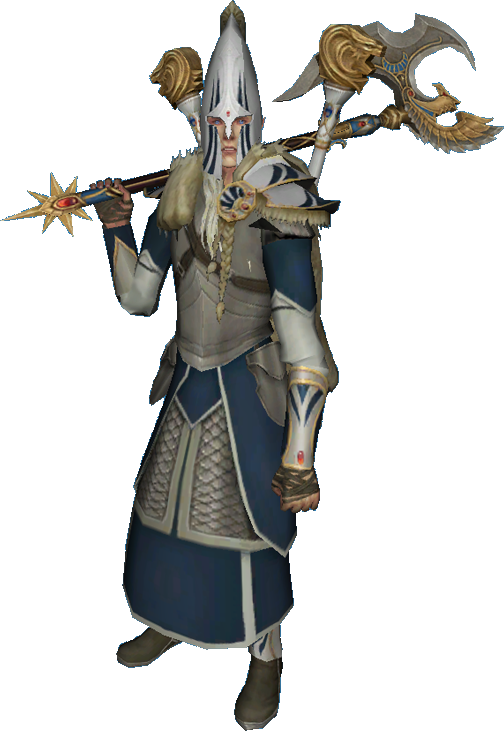 And finally here you have a preview of the new White Lion Packmaster model:

The white lion is a noble and dangerous creature that inhabits the rocky hillsides and lands of Chrace in Ulthuan.

White lions are not to be mistaken for their namesake the White Lions, who are High Elves warriors who wear the skins of the Lions and serve as the guardians of the Phoenix King.

Do not be deceived by the rugged beauty of Chrace, for behind that serene mask lies a beast like none other. No, no I speak not of the War Lion but of its White Lion master whose will can bring such a beast to heel!

That's all for the moment friends. Keep tuned for more information!

these two factions also needed upgrade the most", u r very wise xD