The game's now buyable with bitcoin et al, I will be at AMAZE Festival and there's some huge new modules coming in 6.3.

As promised, today I'm going to write about the new modules that are coming in version 6.3, but first, some announcements:

If you are so inclined, you can now get Airships in exchange for bitcoin and dogecoin via coinplay.io. As with all other purchase options, this includes a Steam key.

Also, I will be at AMAZE Berlin, an independent videogames festival running from April 22 to April 25. Look out for the bearded guy with the Airships logo T-shirt.

So, to the modules.

The main thrust of 6.3 is increased graphical prettiness. In support for that, I've added a bunch of new modules that encourage interestingly-shaped airships.

Highly effective, but the steam engine is so massive that it needs an ocean liner style chimney coming out of the top, which restricts its placement somewhat.

The same huge engine, here used to drive a propeller. 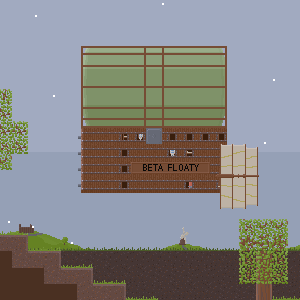 Continuing on the topic of largeness, here is a single massive Suspendium dust tank that provides enough lift to hold up a mid-sized ship. A really cheap way to produce lift, but kind of a bummer when it breaks. 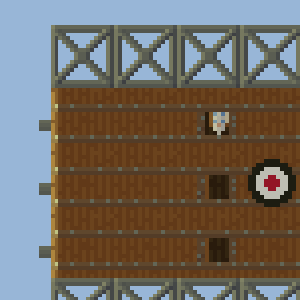 Want to reinforce and connect parts of your ship? Struts are here for you! Made out of strong steel girders, they're cheap, lightweight and fireproof. 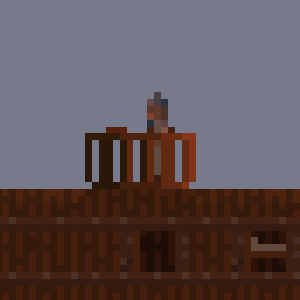 Of course, telescopes work rather better for aiming, but if you haven't figured out how to grind those lenses right yet, or are on a budget, putting a guy in a basket at the top of your ship helps too. 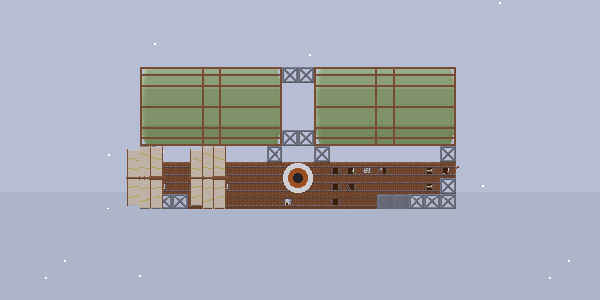 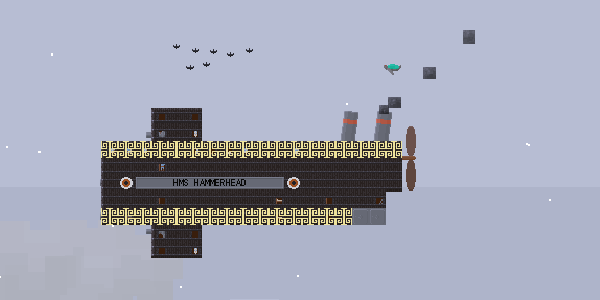 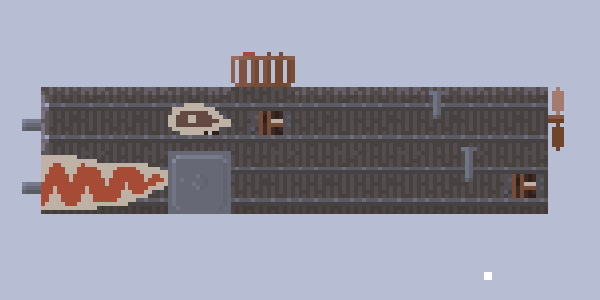 So what's left for 6.3? There's a few bugs I want to fix before going live, and I want to integrate these new modules into the AI's ship designs so they get actually used, and then it'll be ready for your delectation.

Just noticing something, in the first gif, the smoke starts below the actual smoke stacks top. Is that still being wrinkled out?

Yeah, I think that needs some de-wrinkling, thank you. :D