We're back baby! Gore.... how we love it. Look at a few maps and a little explanation :)

Well shoot me with my own gun, I promised myself that this year I wouldn't let Solitude go on a month-less update. Damn, last update was really the April fools joke, I'd better get my act together and get this started once again. With that note, lets quickly talk about a certain video.


Let's get this clear. This was a massive April fools joke, that build there is from late 2009: and unless you guys port Solitude over you'll never see it on the Wii. (Unless I get an unreal amount of emails asking me to, then we might consider it.)

Ahem, enough of Sams pleas for forgiveness, dont worry hes been dealt with, his rich tea biscuit supply has been hidden ;). Any way this is Arkage taken over while Sam is "Doing very important work" really I think hes just looking for the biscuits.

As you may have noticed (if you haven't, well umm, wake up) Solitude has appeared to be very inactive lately and this is indeed true. Its exam time about now you see and many of the devs have been busy taking care of there little academic minds (bless them). But exam time is coming to an end so things should get back into swing soon, even tho the current active devs can be counted on one hand with some digits left over.

Some of my goings on include some covie mapping (see below) , some coding (nothing too wonderful) and an os fight (don't want to go there). Sam has also been working on his map, and it is looking really good. (even if it hurts to say it).

Xalener has been modeling some stuff, textureing and banging pots and who knows what else to make Solitudes sound effects. If you think hes been over work, your probably right, you can his latest cute art work below.

But enough of the great oh wall of text that most probably just skip over any way (reference to the April fools article) how about some eye candy? (Yep that was rhetorical) 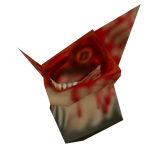 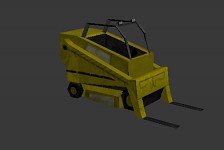 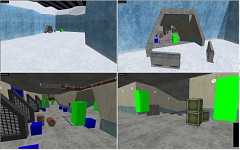 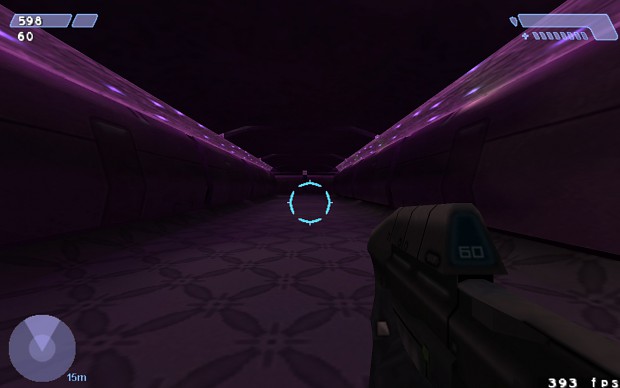 If you have any questions about Solitude, or just want to have a friendly chat with a developer. Join us at:
IRC.Badnik.net
#Solitude

Make sure to retweet this to your twitter folowers if you liked this up date, just click here:

Great to hear the news.

If this comes out soon, I will actually have a reason to pick up my psp again.

will yous be releasing a texture package for us mappers?

We will be releasing wads for you mappers, yes.

Yep. We'll be releasing our wads all over you mappers.

If it comes this year, I will buy it for my sister's psp and play myself muahaha
great work :)

Cool update! And that map seems to be interesting, I want a gameplay vid on that map.

Arkage said that the current build PSP hud is actually further along than this.

I can not wait to come out.

hey i think its lookin good

Delete more of my comments.

No,your wasting comment spots. I don't really want to report you for spamming.

By the way, Nice update. I like that Covenant Map alot. And the HUD is great.

Can't wait for the beta

I know what you mean. These people are starting to get real flipping annoying. Can't they stop asking for the beta? It will be complete when it's complete

Sheesh... Beta will be done when beta will be done. Go do something else in the meantime. I heard They are making a new zelda game. Go Check that out, Or go spam your brain with halo Reach Videos.

DO somethin except ask for a beta.

so i remember i was upsesed with this game and it was update 20 and i asked could we have the beta and stop with updates and release it and then one of the developers were like if u keep this up will make another 20 updates i was like OK and now look what happened it came true.

Be happy the project is still alive.... Stop being selfish. Show some emotion towards the Developers. They aren't robots

That doesn't even make sense.

What doesn't. If you are telling me that, it does make perfect sense.
However, His comment is a bit On the confusing side.

Bets are what he said is made up any way but not posting updates doesn't not make the beta arrive any faster.

Just ignore people like that and continue development. You guys are making great progress, and Shouldn't become irritated at such an instance.

//
Well shoot me with my own gun, I promised myself that this year I wouldn't let Solitude go on a month-less update.

Posted by Samuk on Jun 1st, 2010.
//
Well tomorrow it will pass a month without an update...
will be an update soon guys?

We recorded half a pod cast if that counts, second half should be done soon.

And what about the game progress? You guys will launch an update with that podcast i guess, It was good if it includes some of the game progress. I wanna see what you guys are working on...