We show you some new content and announce the Wii port with a nice video.

Solitude progress has been fantastic, we've got masses of new textures: that accompanied by masses of new maps, here's a sneak peak at the man I'm currently working:

While making this map, we decided modeled props would have to be made, so I started with a forklift, that is currently being textured. 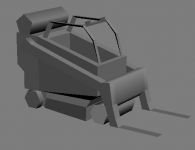 The new Spartan is almost completely put in the game, we're now tweaking the new animations and finishing up the code to support the new Spartan animation frames.

I started working on the Design Document again. 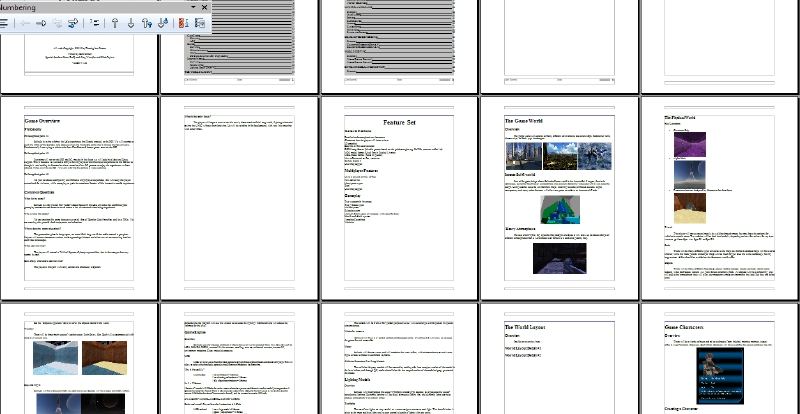 While I was doing so, it came apparent that having it a PSP/PC was boring. To many P's not enough Wii's. Looking at the power we could get from the Wii, we decided that our best option would be to ported it over the the Wii and make it our main focus: the PSP and PC won't have some of the content, and won't have the campaign sadly. However multiplayer will be mutli-platform, PSP vs Wii vs PC will happen.

This is what Solitudes lead mapper had to say on the whole situation, the decision was strongly made by his input :

Arkage wrote: I have always been discontent with the psp limitations, being forced to go back on a map to remove all the pain stakenly added detail just to get it to run on the psp, it was heartbreaking. But now that I have we have a base engine runing on the far more powerful Wii, its just simply amazing potential wise from a mappers view. Needless to say my map will now be designed with the Wii in mind, PSP and pc will maybe come after. I know this may disappoint some but it is for the good of the project that this is happening. Thanks for understanding. 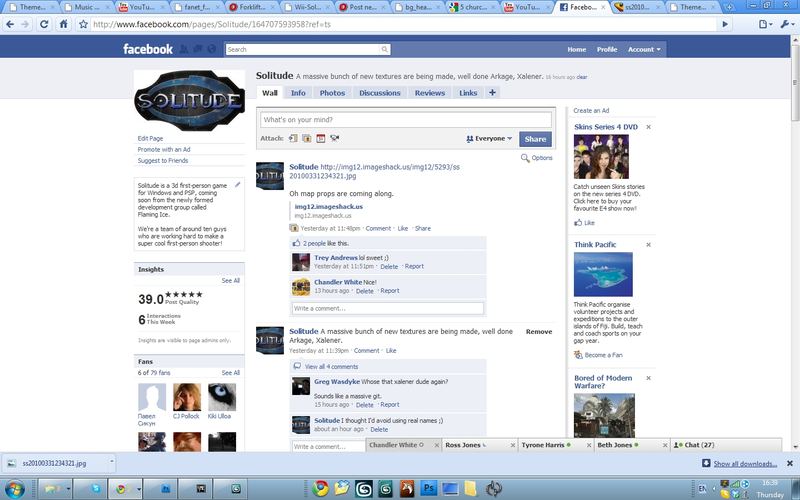 Our facebook page has been getting allot of attention by us, and the fans. We've only got 79 fans however, join if you want to be kept up-to-date with the latest and greatest from the team.

If you have any questions about Solitude, or just want to have a friendly chat with a developer. Join us at:
IRC.Badnik.net
#Solitude

Edit: Guys, the whole Wii deal was an April fools joke, Solitude will not be ported to the Wii by us. We love the PSP and PC community, we would never abandon you guys... well for now!

halo on the wii? hmm. I could just play halo on the xbox, though. portable halo FTW! :'(
also, it's far more impressive to see what you could accomplish on the psp. like your usable vehicles. THAT was neat.

I agree. The PSP port was just so much impressive. Knowing that the campaing will only be featured on the wii leaves me very disappointed.
I kinda lost interest...

I think it's an April fools joke! ;D

God damn it. READ TH UPDATE ALL THE WAY TRHOUG TO THE VERY END.

See what it says there? In BRIGHT red lettering?

I don't see "red" just white. That's one big April fools "joke". Mapping and such... But I guess they did just use the QUAKE engine.

"Edit: Guys, the whole Wii deal was an April fools joke, Solitude will not be ported to the Wii by us. We love the PSP and PC community, we would never abandon you guys... well for now!"

Yea, we saw it but it's not in huge red lettering like you said. I never believed it, I knew the date
=P

Hey guys, why don't you just finish your PSP or PC-project at first instead of announcing new platform? Or you think you will make short work of it?

I think this is not right... Cause big part of the fans have PSPs thats why they joined the "fans" part... Halo for psp, uff pretty awesome. Now its for WII. I cannot agree...

the campaign will be there just not for psp or pc...(thats what i understood)

sorry we in Mexico celebrate that in another date...

Really, I'm sorry to hear that!

@ monsterbasher1233: Nice comment, even better if you check the time it was posted and the time of your first post ;)

Hm, I forgot the date today.

Because this seems familiar ...

WTF NO CAMPAIGN ON PSP I WAS WAITING SO FRICKING LONG AND NO CAMPAIGN... plz make a campagin and i can just play halo on xbox not wii :(

Does anyone remember what day is it.

I hope the Wii port is real, seeing that Quake and Quake World with all the mods are ported to Wii, surely Kurok can follow the same path and successively solitude

WTF MAN?? Wii? Whats up with you flaming ice?

It's an April fools joke people, come on now.

This was a mean April fools joke.

Nice one, saw you grinning when you turned the 'mote ;)

What's with your arm though? Isn't the cast supposed to go off after a while? You seem to be wearing that for ages now.

The video was taken last year ;)

I think this is an April fools joke as in we all expect it to be but its not a joke. hmmmmmmmmmm.

No campaign on psp? No offense but that lost all my interest

Look at your calender.

The wii parts real, but I think it was just a quick port. I have a feeling they will still be focusing on PSP lol.

The Wii part isn't true sadly, it's great to know we tricked everyone!

Hah, how isnt it real? I mean the gun had wii aiming xD

It was a video we took a year ago to show of narrowed, because Scifi couldn't use the PSP, all it is, is renaming the Solitude model files to Quakes, same with maps and copying them over. No real port exists.

ahhh what a douche :D

Heh I can't believe I fell for that one

If we were ever to move to the Wii, expect art assets that are 4x the poly count.

that is a very outdated television, at least 20 years old

I'm so angry because I own a PSP, I don't think ANYONE ELSE should be able to play this. I'm gonna stop watching it for this outrage and send the dev team hate mail on a regular basis./sarcasm

Seriously, it's a Quake derivative, they don't need to recreate the game from scratch to get it working on the Wii, they'll progress all the same. Assuming it's not an April Fool's joke.
If it is, that's not cool, getting my hopes up with a well-made hoax vid.

We're glad you think it's a good hoax video, but a Wii version just isn't what we want: yet.

Sorry for getting your hopes up!