On this update, Solitude team is back from almost the grave, and shows off that is alive and kicking with new map content and our voice acting job. Texture artists and animators are wanted!

To all the Solitude and Halo fans:

This is IlDucci speaking in behalf of what's left of the Solitude team. The team is sorry for the promises of updating the news that we were not capable to make, but we had some bigger issues. Part of our crew is gone, a bunch of kids are trying to steal the Solitude files and we're half a year behind schedule. But we are still here. We are a smaller team now, but we want to keep working on this project until we finish it or until Microsoft and only Microsoft stops us, nobody else. Now that's over with, lets get to the actual update.

So, we have some screenshots from the new maps the team has been making on: 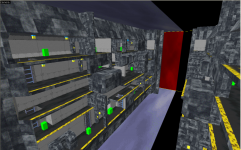 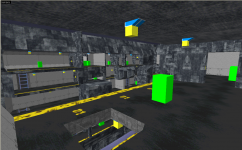 Next comes Lockout, from Team Xlink: 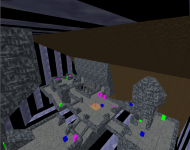 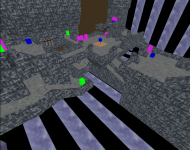 And last but not least; Wizard, by myself, IlDucci: 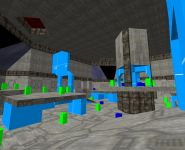 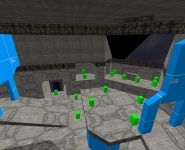 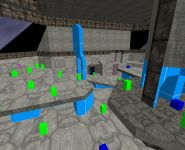 Our music guy Nutritious did some voice acting for us, say hi to the new Solitude multiplayer announcer!


We've been improving our current content, we now have Oddball and CTF coded in and we are doing our best to make it work bugless. We also have added Ladder support to the engine, which will be shown in a future update.

Even if the team is now smaller in numbers, we think that we can pull out a multiplayer beta just in time for Christmas. But there's a catch: we need some extra manpower to finish up the work.

We need texture artists that are capable of making tiling map textures as well as working on UVs. We also need 3D animators who can bring characters of all shapes and sized to life.

If you want to be part of the team, please show us your portfolio at Flamingiceteam@googlemail.com, or visit our forums and then we will contact you with more info. We don't want any kids nor people who think that they can learn Photoshop in a few weeks in order to do pro stuff. We're looking for experience!

So, after keeping the game alive, we will try to get the wheel rolling and deliver what we promised you, our audience, half a year ago.

That's all we have to show you, or rather wanted to show you. Expect a new update in November, we will be trying to get back into a schedule for our updates. Thank you for all the patience you have showed us.

If you like what you see, we encourage you to Track the Mod to be updated on future media. See ya!

Wait... I'm not allowed to say that as I'm on the team right. Hmmm. Need's improving fellas.

lol! you're allowed to say it just give some criticism with it...

I think the announcer voice would sound better if it was a bit deeper but maybe its just me...

it might be the breathy ending that's making it sound weird =/

Yeah, the announcer voice is great but I'd beef up the bass or low mids a bit and chop off the breathiness at the end personally.

Yeah. The voice is good, but could be a little better. Keep going guys, can't wait to see the final game.

I agree with this poster, turn up the BASS and cut off the end where the announcer ex-hales. Take these suggestions and play around with them.

hey good work but it needs to be lower well hey when is there gonna be a beta game....i am currently really bored

I love your voice actor, that does just sound so like the voice from the oringal game, very nice work.

I'll be sure to tell him that! Thanks.

Those maps bring back good times, and your voice actor was excellent.

Thanks, we had to bring back a few classics :).

Wow that voice is brilliant, it's a big younger than the original, but without the original in mind it sounds great!

Great work on the project guys! Cant wait until you get Midship and Ivory Tower out! I like your voice actor, but he drags out some of the words a little too long. Needs to say "killamanjaro" and others a bit faster and not enunciate certain vowels/consonants as much.

Get that beta out by Christmas! Too many promises unfulfilled!

Nutritious did an excellent job voice acting. As a fellow voice actor myself I can tell you that it is not an easy thing to do. However the breathy endings could be fixed. Its a problem alot of voice actors (myself included) have.

You know they will do the best they can.

Just messing around, I have worked on projects in the past (pretty small time stuff) I can see why it takes so long.

Cool update, the announcer voice acting is fairly decent. Well done. Sorry to hear about the setbacks, hopefully you can recruit some new talent to keep the project going :D.

I'm epically looking forward to Solitude!
It looks extremely well made which makes it all the better,
Keep at it guys/gals.