Companies accused of deliberately 'overloading' national grid in return for cash They can claim compensation if they shut down power stations and windfarms if electrical network is full Claims have hit £600million in five years and are rising every year, experts say

Energy companies ‘rigging the market’ and overcharging by £600million, costing every British household an extra £25

Energy companies have been accused of rigging the electricity market to the tune of £600million and forcing every British household to find an extra £25 each to pay for it.
The Government believes some providers are using a scam to 'overload' the national grid so they can claim back 'unduly high' sums of lucrative compensation.
Since 2007 energy companies have been pocketing an average of £125million per year by claiming they have had to shut down their power stations and wind farms because the electricity network is full to capacity. 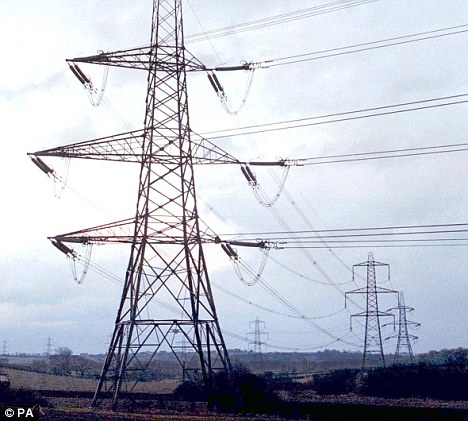 Scam: There has been a huge rise of compensation claims from energy companies who say they cannot use the national grid because it is too full 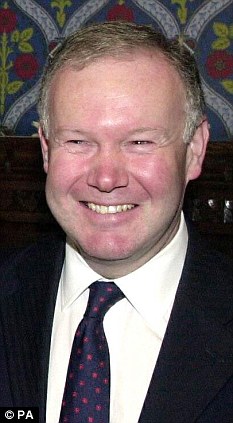 But experts say they can 'exacerbate or create' too much energy for the national grid in areas where the capacity is poor, like the border of England and Scotland.

And it is Britain's bill-payers who have to take on the cost - around £25 each so far - even if their own provider has not been manipulating the system.
The Government has said today that some energy businesses are 'profiting unfairly from the consumer' while continuing to rake in massive profits on top of these compensation payments.
Wrong: Energy minister Charles Hendry says the compensation claims are hitting the British consumer badly
Energy Minister Charles Hendry wants to ban the 'exploitative behaviour' of those who run power stations and wind farms saying compensation claims are 'out of control'.
It came as British energy companies are pocketing record profits while consumers are paying record amounts for their gas and electricity.
Profits at E.on’s UK operation rose by 23.7 per cent, up by £47million to £245million for the first six months of the year, boosting those of E.on’s German parent company, where the total for the first half of the year trebled to £2.45billion.
Recently the UK’s biggest supplier, British Gas, revealed profits rose almost 23 per cent in the first half of the year to reach £345million.
Energy select committee MP John Robertson wants a full inquiry into the allegations.
'This is a lot of money and consumers are having to pay for it,' he told the Telegraph. 'There has to be some kind of retribution. If this has been happening, it is shocking and must be investigated.'
Three years ago Ofgem dumped a previous probe into Scottish Power and SSE's alleged, the owner of Southern Electric, because they believed any prosecution chances were 'low'. 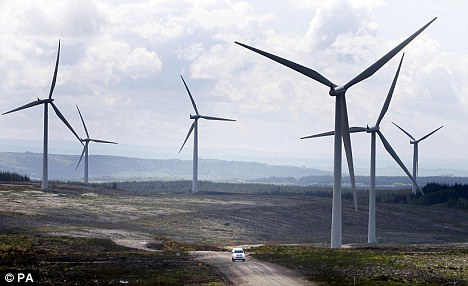 Claims: Windfarms are particularly being used to 'overload' the national grid in weak points, experts say
But Ofgem still believes dozens of companies are abusing the system as in 2005 claims totalled £84 million but were now approaching £325million in 2011, with wind farms in particular causing problems.
'That’s why they have to bid for what seem to be significant payments to be "switched off", a spokesman said.
The two companies who were investigated in the past say they have not broken any rules.
A spokesman for SSE said: 'We have been working with the Department for Energy and Climate Change throughout the consultation period and are confident that we have always been and will continue to operate within the given industry framework.'
A spokesman for ScottishPower said: 'We’re looking forward to seeing the guidelines from Ofgem and don’t envisage having to make significant changes to what we’re doing.'
Post a comment
Sign in or join with: