Prepare to be boarded by Sol-Ark's weekly devlog and new screens. Explosions, pirate landing parties, and gravity brakes are inbound.

Greetings to all you dirty astronauts stuck in your gravity wells!

Over the last week we’ve made some major strides towards balancing gameplay and polishing the features already inside of it. Enemy ship behavior is receiving a major upgrade that changes some fundamental characteristics of space battles, NPC combat, and even how you arrive at a “Game Over” or make a startling comeback. Needless to say, cruising by asteroids and suns in the game is becoming evermore exciting. Soon enough we’ll drag you off planet and you’ll understand why. 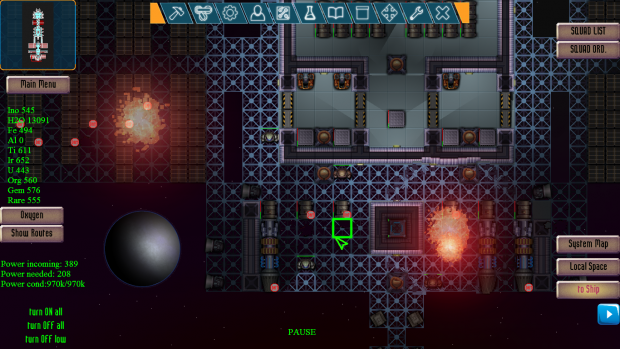 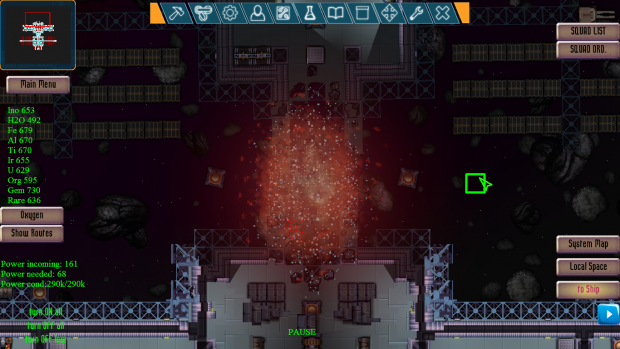 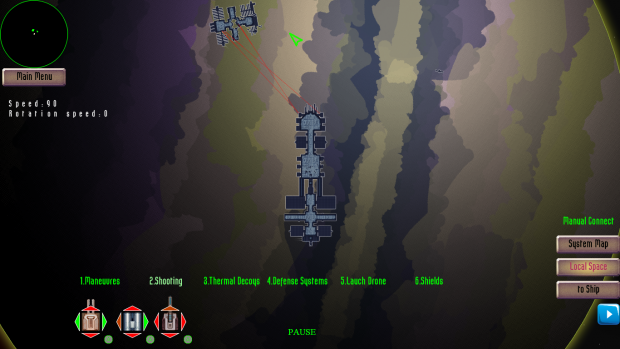