Hello, everyone! We are publishing the sixth article from a series about main Sol-Ark's features of gameplay (there are 17 of them) - Systems and subsystems

Hello, everyone!
We are publishing the sixth article from a series about main Sol-Ark's features of gameplay (there are 17 of them) - Systems and subsystems 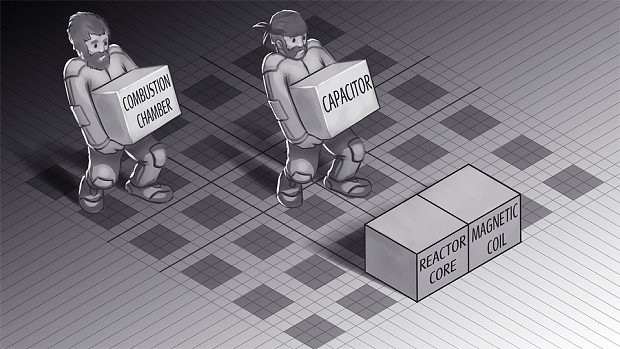 When you take over the role of the Sol Ark's Virtual Intelligence system you'll need to know exactly what makes the ship run. Or you could crash your ship and watch all your astronauts die, but this article is for those of you that actually want to do well in the game.

There are wide array of primary systems and sub-systems that keep the ship afloat in space. Take, for example, the ion engine. It is comprised of a combustion chamber, a jet system, a magnetic coil, and a fuel barrel. The engine can become more efficient by constructing a gas collector, which will refuel nearby barrels when traveling through molecular clouds.

The ships primary reactor system is made up of subsystems as well, from a combustion chamber to capacitors, magnetic coils and a reactor core. Some of these sub-systems are interchangeable, and all of them can be combined and upgraded to increase efficiency and make your technics have new features. 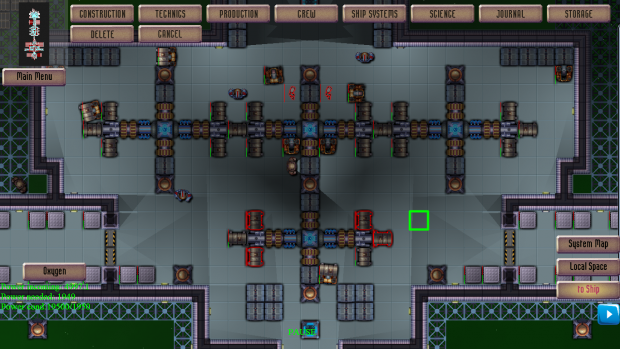 The same principles apply to life sustaining systems as well, such as the hydroponic soy platforms and oxygen recycling systems. Playing around with the guts of spaceships is fun. With diligence and careful planning you'll be able to construct a seamless array of systems that complement each other and let you easily carry on with your many interstellar whims. 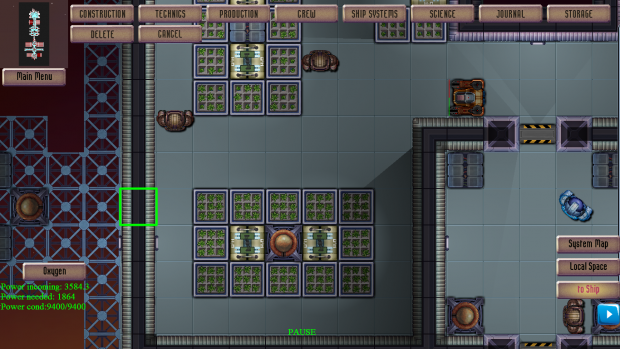 Screenshots compilation about systems and subsystems

Join us on Sol-Ark's official website to know more. Check our blog with devlogs to see how the game evolves.

Thanks again, Alex, for your support!

Thank you! I hope that means you like our game !))

This is really cool! Is there an event where engine breaks in some way?

Yes, a lot of such events. Because the game has the rogue-like elements, almost all random events, crew activity, space battles etc can break down your engines.

Also each engine consumes fuel and requires power supply. Without them it will not operate. So, for example, far away from the Sun, efficiency of solar panel is decreasing heavily and your technics, including engines, are starting to switch off. So you'll need to choose what can you cut from power supply to prevent the ship's death from lack of energy.

Thanks for support! Stay tuned!

That's pretty cool. So that would limit our ability to explore nebulas and stuff i suppose. Are there any emergency fuel sources other than solar power?

Hey, Alex! Thank you for questions. Small engines, like on screenshots, provide ability to fly in the usual space. To perform interstellar journey you need to create and recharge a FTL drive.
It consumes only energy and requires some time to recharge until new jump.

Solar panels - only one type from a class of inexhaustible energy sources. But their output of energy is not big. Exhaustible sources of energy (like nuclear reactor) consumes fuel (i.e., they don't depend on distance from Sun) - mix of deuterium and helium-3. You can replenish stocks of fuel in clouds of molecular gas and some other locations.

Wow! You guys really did your research then :D