Hello, everyone! We are publishing a regular article from a series about main Sol-Ark's features of gameplay - Star system map level.

Hello, everyone!We are publishing a regular article from a series about main Sol-Ark's features of gameplay - Star system map level.

Space is huge. Simulating vast interplanetary expanses on a screen is something we’ve thought about a great deal, and we have some secrets to share in regards to its exploration. Sol-Ark’s System Map will give you an overview of the entire solar system you and your crew have warped into. All the space shown is playable. 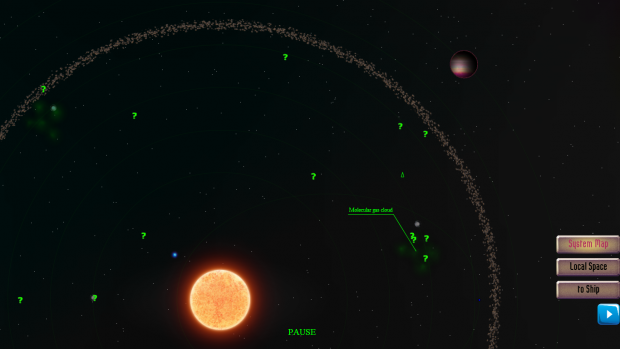 Click on any spot and your ship’s V.I. system will automatically fly you there, giving you plenty of time to manage your crew and systems. At the center you’ll find the system’s sun(s) or white/brown dwarfs. Flying closer to the sun will increase the output of your solar cells and take up your entire screen with a spectacular view.

Rocky planets inhabit the space between the system center and the asteroid belt, and in the future you’ll be able to scan them to see what resources they hold. The asteroid belt itself is a great place to take shelter during an enemy encounter. Asteroids also sever as a major portal for mining, which will allow you to increase your ship’s size and the systems aboard it. 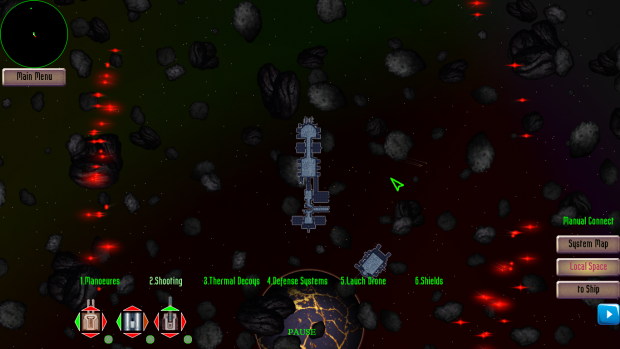 Interspersed through the entire map are quest locations and unidentified objects. Question marks may lead you to ships, stations, enemies, and other mysteries. Other heavenly bodies you may encounter include molecular gas clouds, which you can fly through with specialized equipment to turn free floating gas into fuel for your engines. The same can be done while flying in close proximity to gas giants beyond the asteroid belt, allowing you to keep your engines firing while exploring the furthest reaches of the solar system. 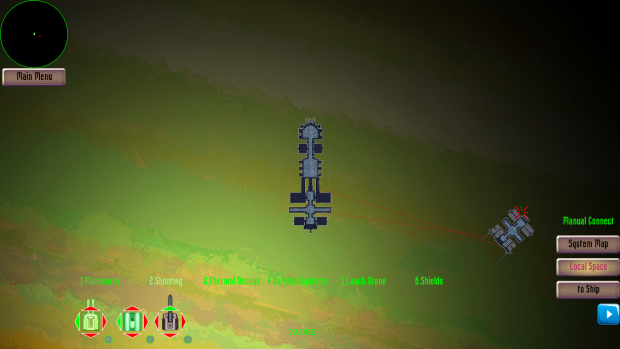 Charting a smart path through the system will be critical for progressing through the game, so keep your eyes open venture boldly.