Society Update is about society and explaining future update goals. The main visual focus is a picture of 173 covered in oil with joker makeup.

As time went on, more changes were made to the video game mod, peanut got a significant update making him related to society but still being covered in oil thanks to the scary world ending SCP - Trollface. And by the way this mod has worst lore possible so expect trash and non sense, it's pretty much crappy jokes being connected into a unfunny pile of joke dump and there you go, this mod.

Anyway, in terms of my goals. There's still plenty to change like monitor screens, more papers and generally integrate more lore into paper and stuff cause I don't want to use scary Blitz3D for sequences or funnies. And regarding a playable build, it'll release one day and I hope for the scenario that I call "some funny youtuber that i watch plays the funny mod". But other than that, if I ain't in a casket yet - then it means I spend at least a minute or two per week for thinking what to replace in the mod. Either way I don't have much to say myself other than happy holidays for y'all and don't get diabetes from eating candy.

Oh and here's picture of the society nut in higher fidelity: 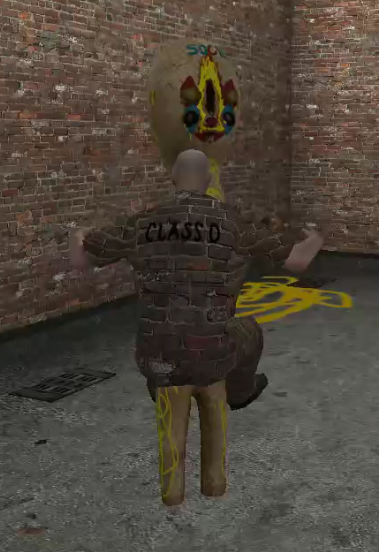