The four character classes and behavior tree controls are now prototype-ready! Watch them fight in the field of soccer!

The video shows a 4 vs 4 bot battle. Each character uses the same behavior tree that emphasizes the following in order:

There is a great deal of room for tweaking, but what's here now is adequate for the prototype (except for a few additional tweaks made during initial testing).

Field of Heroes will have four character classes for the initial prototype release:

Each class is designed to counter one class and to not be terribly weak in the face of the other two. Players will be able to change which class they play with each respawn.

Here they are in order:

I did not make them; in fact you can find them in a character pack in the Unity Asset store at Assetstore.unity3d.com :)

Working on the main menu interface and proper hosting and joining of games. I threw this together in under three hours and I moved on to adding support for changing audio, video settings and other things. Figured I'd get that out of the way first. 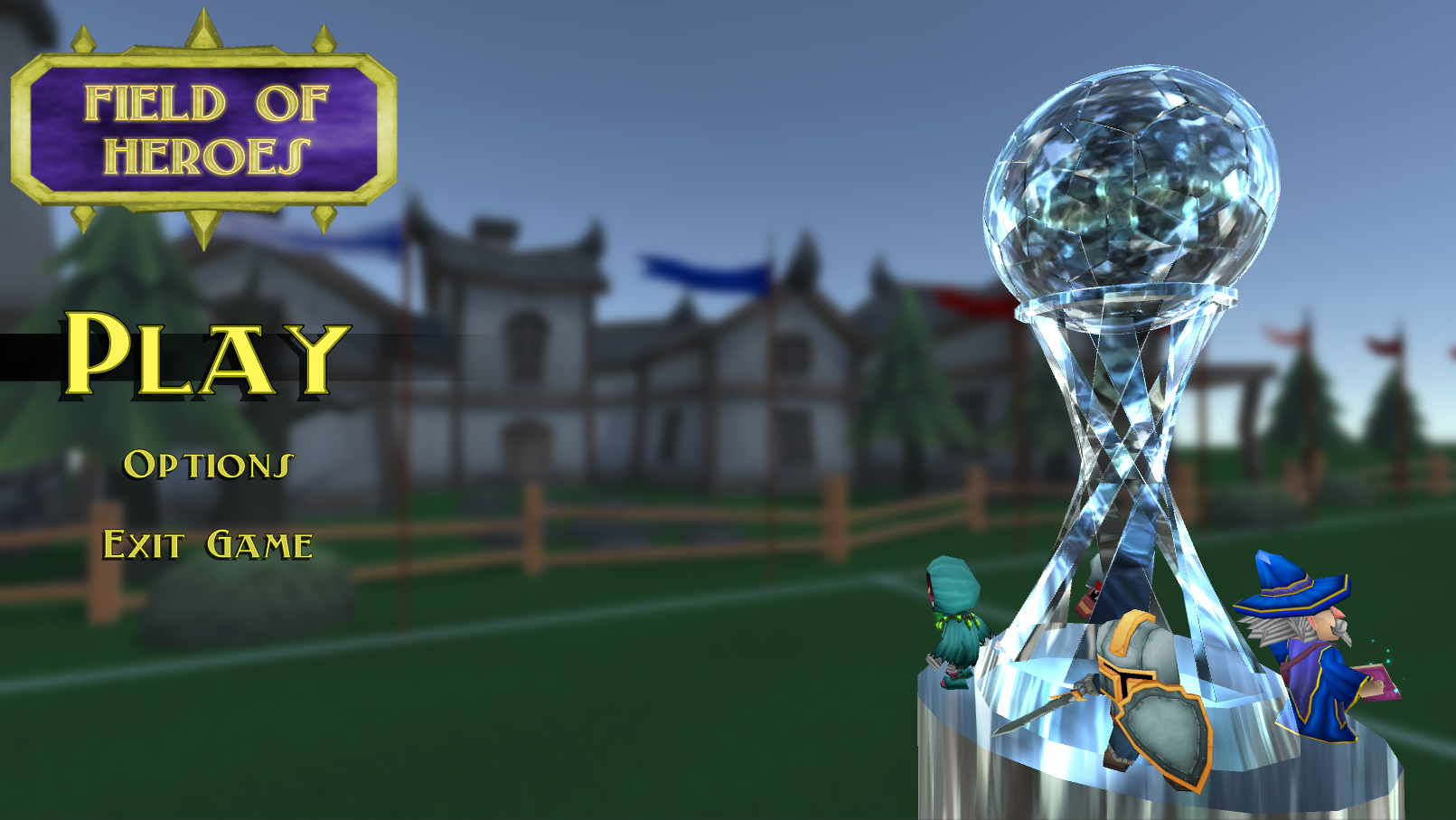 After that is all done I can work on the game UI and round ceremonies (winning, losing, game over, game clock, etc.)