The mouse cursor fix is in, now minus the white pixel from the pre-release. The threshold for activation has changed so that by default the fix is active at 144 DPI / 150% and higher. Thanks to swaaye for the initial work-around and to Cigam for testing. 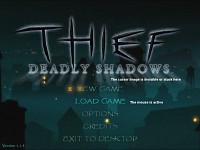 There was an original issue, where using the in-game multisampling option could crash the game. (Setting 3 in my case.) It was fixed previously, but an oversight meant that the fix had no effect. Now the fix has been fixed... Note that the 'fix' is just falling back to no multisampling (setting 1) but at least there's no crash.

When running on Wine (Mac/Linux) there was a weird issue, which caused the game's initial launch (to the menu) to look for the options files in the wrong place - now fixed, but the installer has a couple of issues still - makes sure the "disable desktop effects" option is unchecked.

The mods are unchanged, so getting the standard edition is enough for an update:

For new installations, get the Fat Edition here:

The editor version is also unchanged, except for the inclusion of the executable from the 1.1.5.1 game edition: