Smashball Times announces the upcoming patch this week, and tells how team captains can get free access to official Smashball servers for league matches! 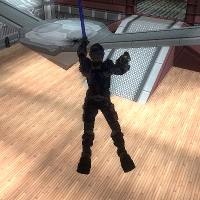 
New Update This Week: Are you a Swinger?

Smashball players will be extra rabid this weekend, after their Steam
client automatically updates their game with the new patch!

Most changes address minor bugs or exploits, such as goal-crowding
and goalie-pulling. The new patch contains a few new features, like:

"We plan on sending our build out to Steam by tonight," said Glarg
Xuulhumper, Vice-President of Lies and Bullshit. "It may take a few
days for the patch to go live, but it should be up by Friday."

The full changelog for the patch can be found here:

All Teams Can Play on Official League Servers

"We're still working on a lot of the automatic league integration, like
automatic server-starting, demo and video generation, and
coach mode," said Prok Unfilatior, Vice-President of Making Stuff
That Blows Up at Smashball Labs. "Until then, we want to make it easy
for teams to play in the Summer 2009 Season." 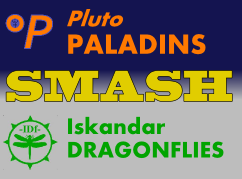 One would be surprised at any other result

The Pluto Paladins steamrolled the
Iskandar Dragonflies
last week 67-27 at the Murderplex on Alpha Erandi VIII.

After a rough no-score first round that left them down 0-7, the Paladins got their asses
in gear and started cashing in the points. They tied it up by the end of the second
round and kept up a steady stream of runs and shots throughout the rest of the game.

The Paladins dominated the MVP lists, with PLTO DoomyDoom
scoring a whopping
36 points. The Dragonflies played a team game, but they weren't able to keep the ball
out of their goal room. They passed a lot more than the Paladins, but got far fewer
attempts on Pluto's goal.

The Dragonflies performed an admirable job, considering they're the farm team
for the venerable Iskandar Dragoons.
ID 5arge, the owner of the Dragoons, even played as Halfback in the match.

Those amoral lunatics in the Smashball Forums have
been hard at work this past week, probably all hopped up on whippets
and listening to devil rock like Marilyn Manson and Def Leppard and
watching The Daily Show. Some of the ripest moments have been: