Extremely late I know. I've been struggling with life stuff...

I don't got much to show for, I haven't been entirely focused on this project as I normally had been. Progress has slowed down substantially as of late and I only have myself to blame for that. I have ample motivation but I have been dealing with quite a bit of personal stuff and I've decided to try and take things as slow and steady as I need to in order to make sure I keep consistent progress going for development.

Here is some eye candy from the Hazard Course. The last time I touched these maps was well over 3 months ago, that should give you some reference on how behind I've been. 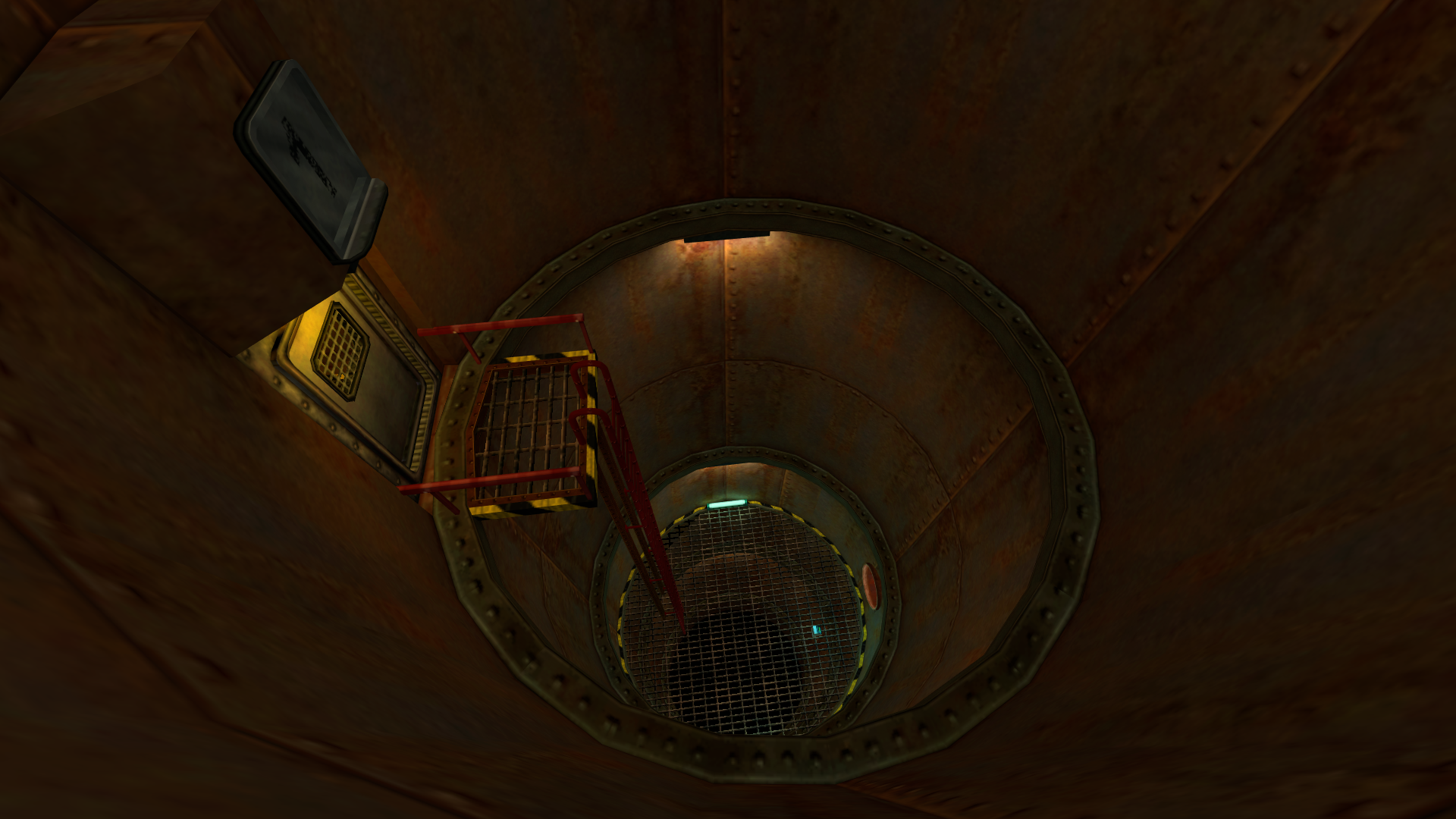 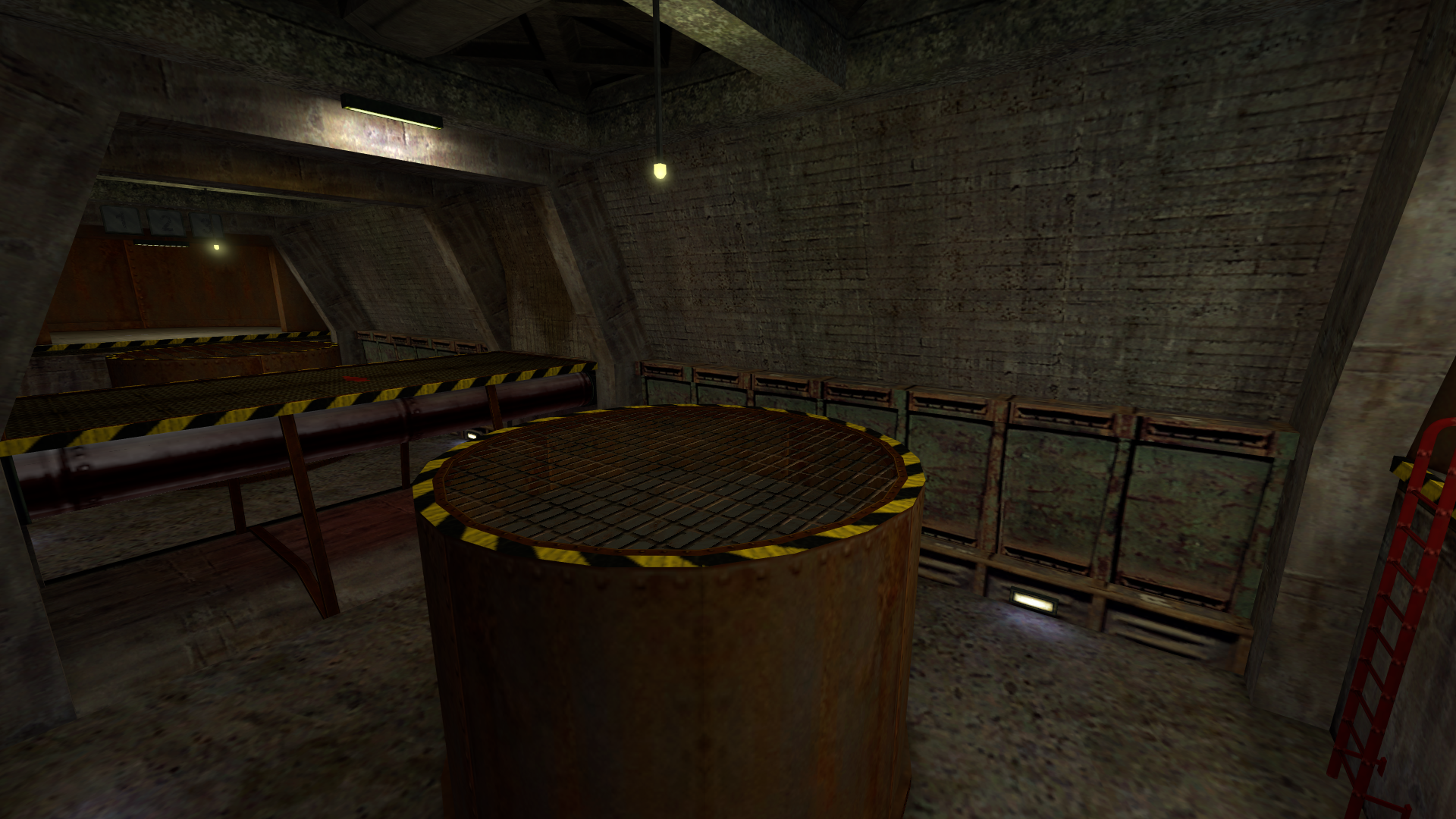 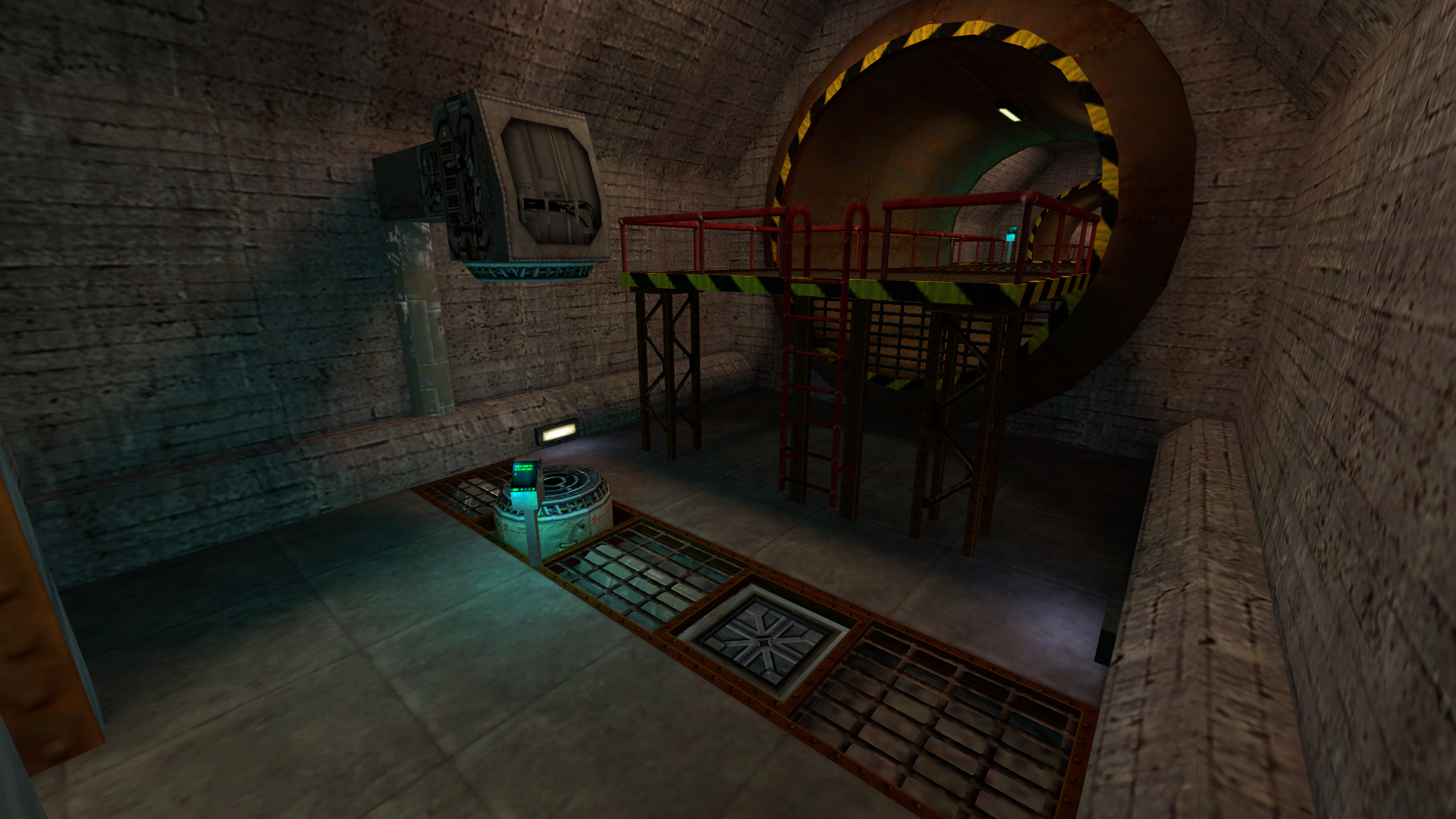 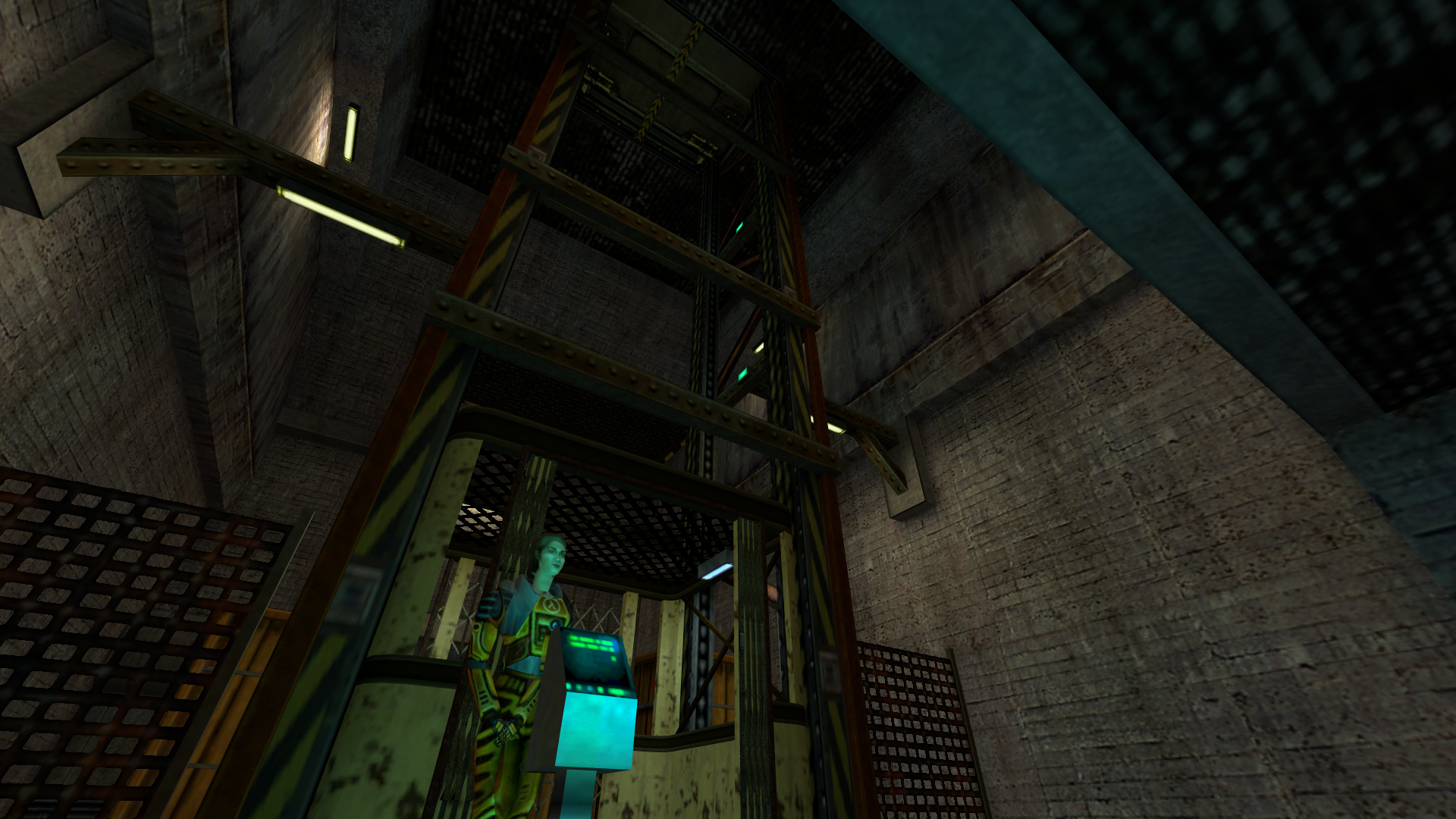 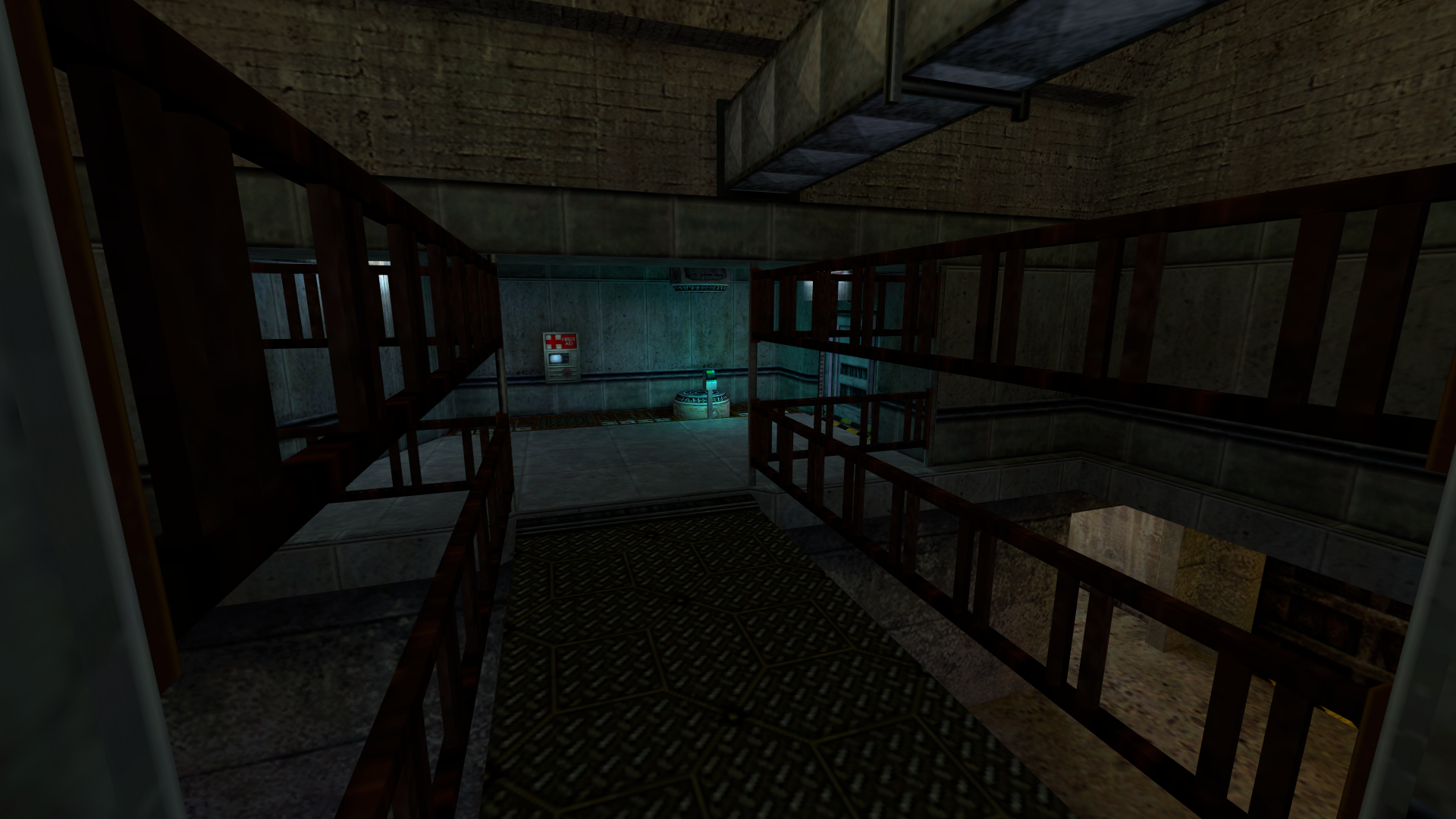 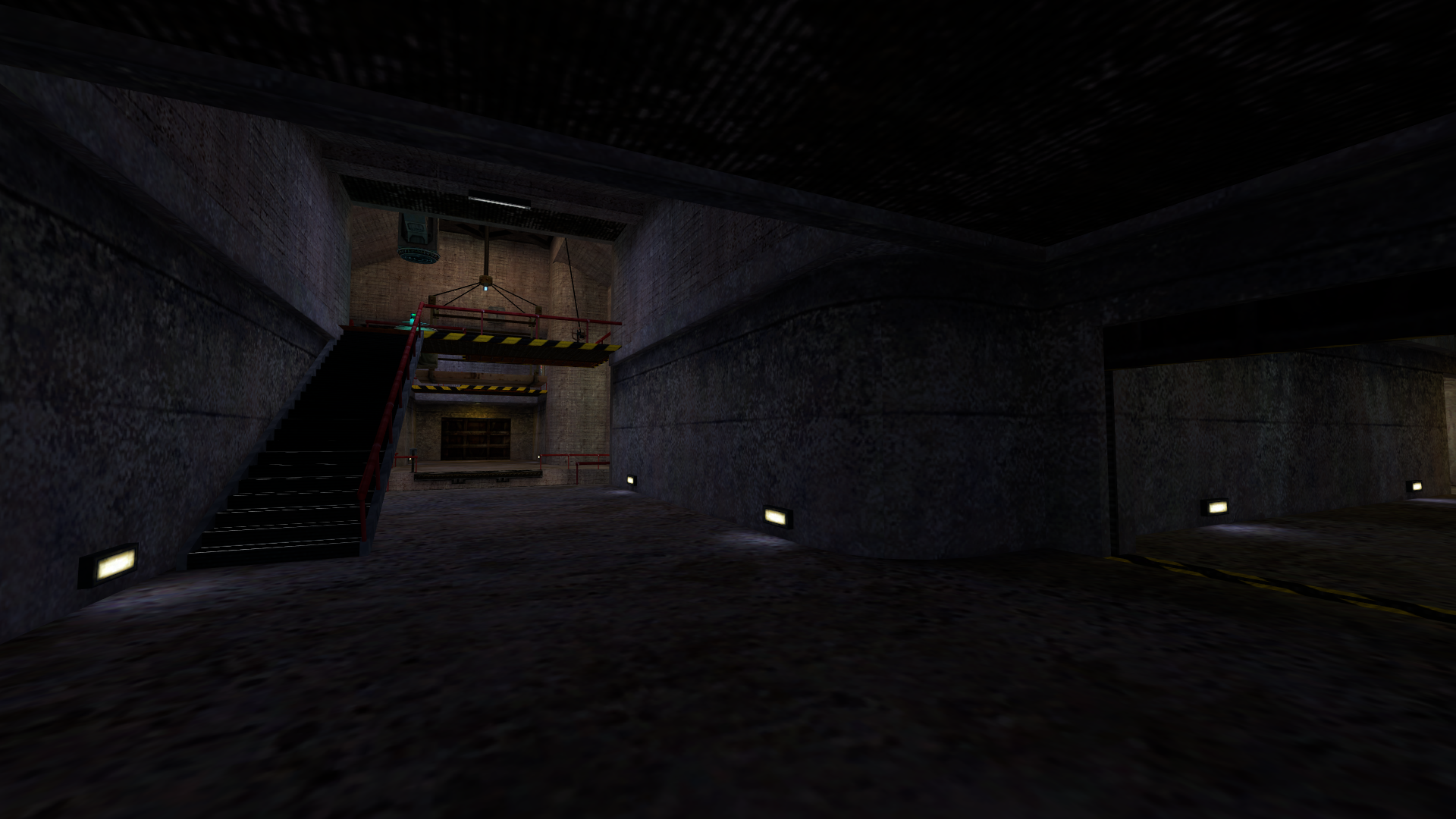 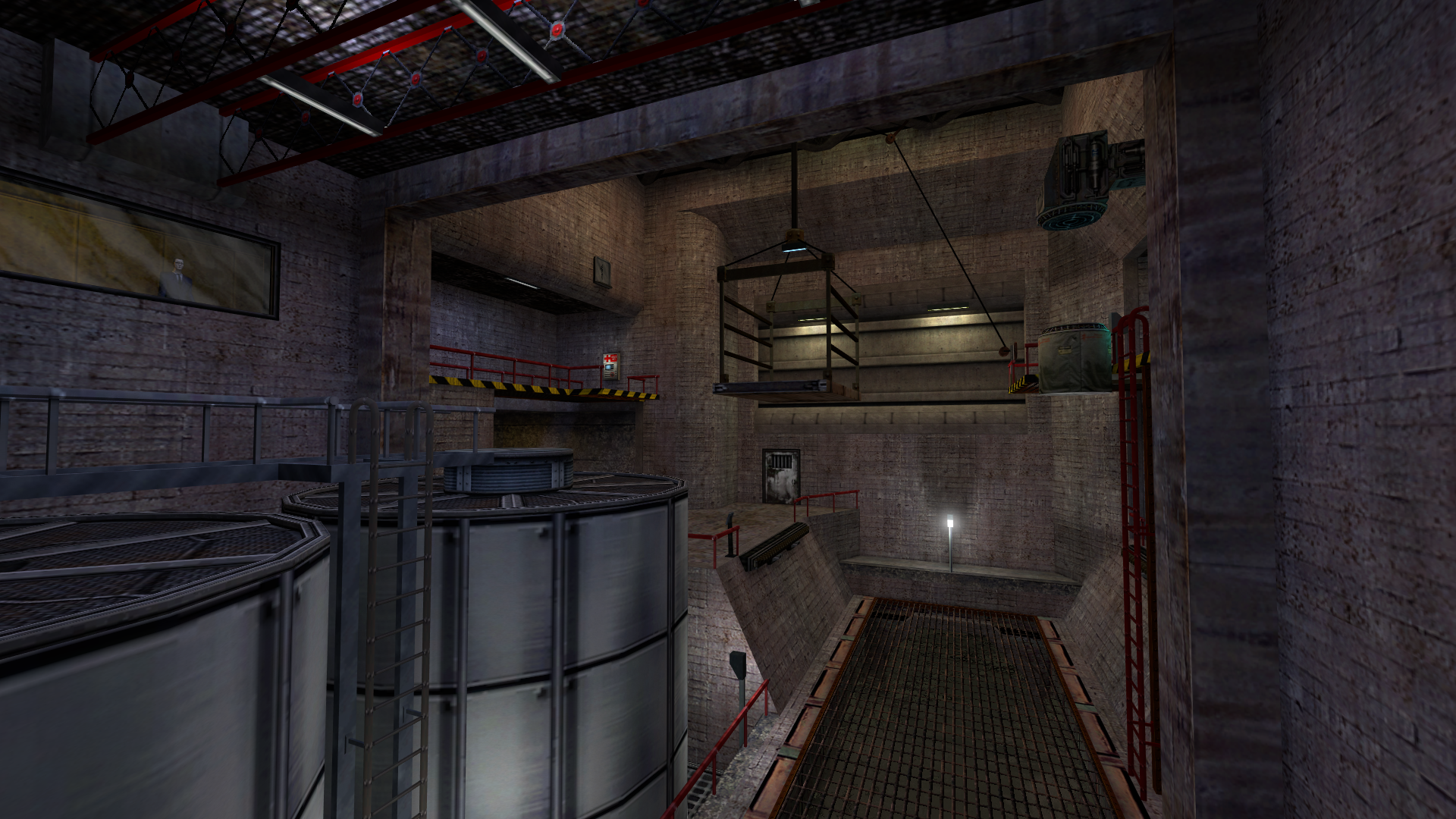 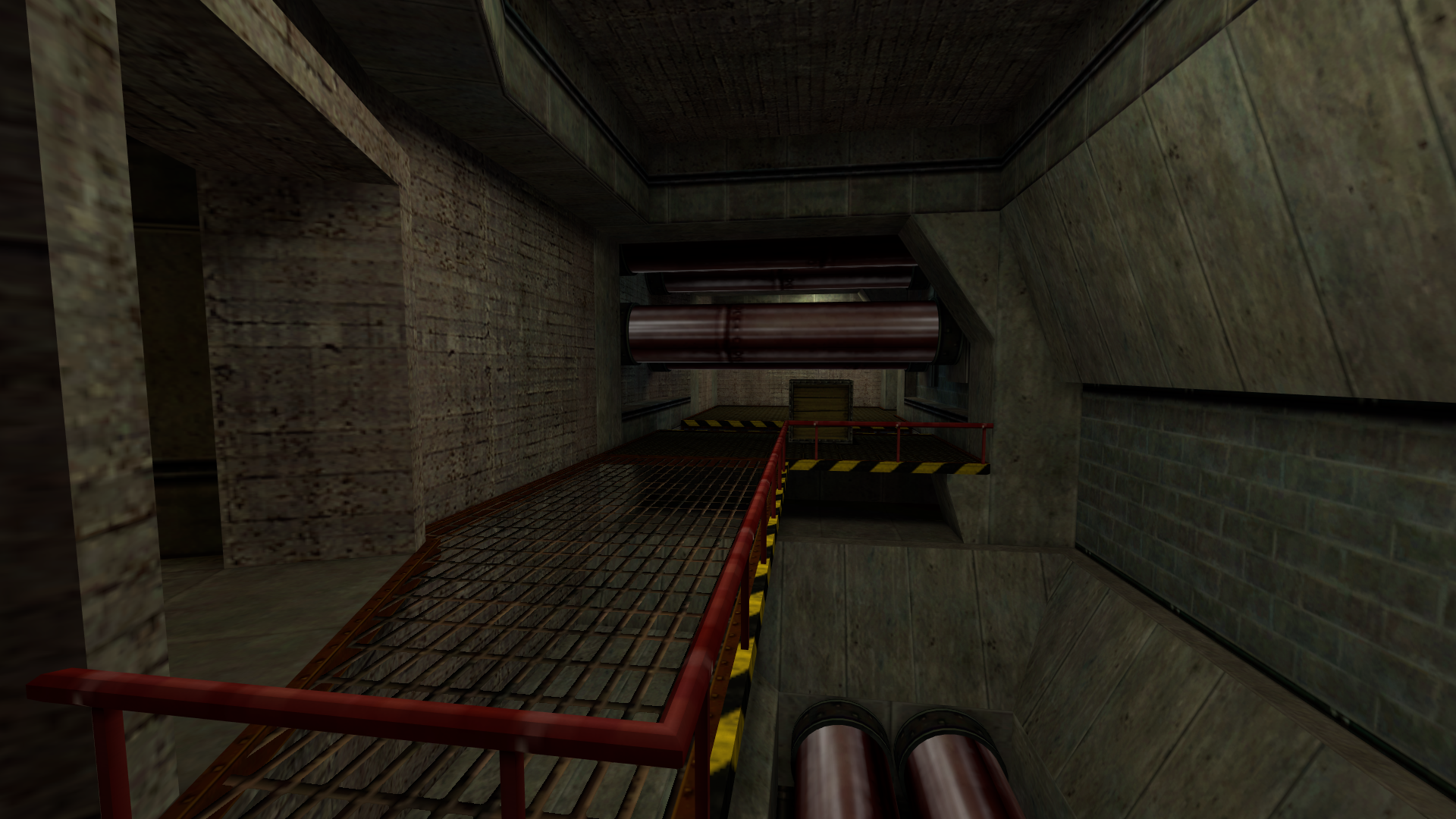 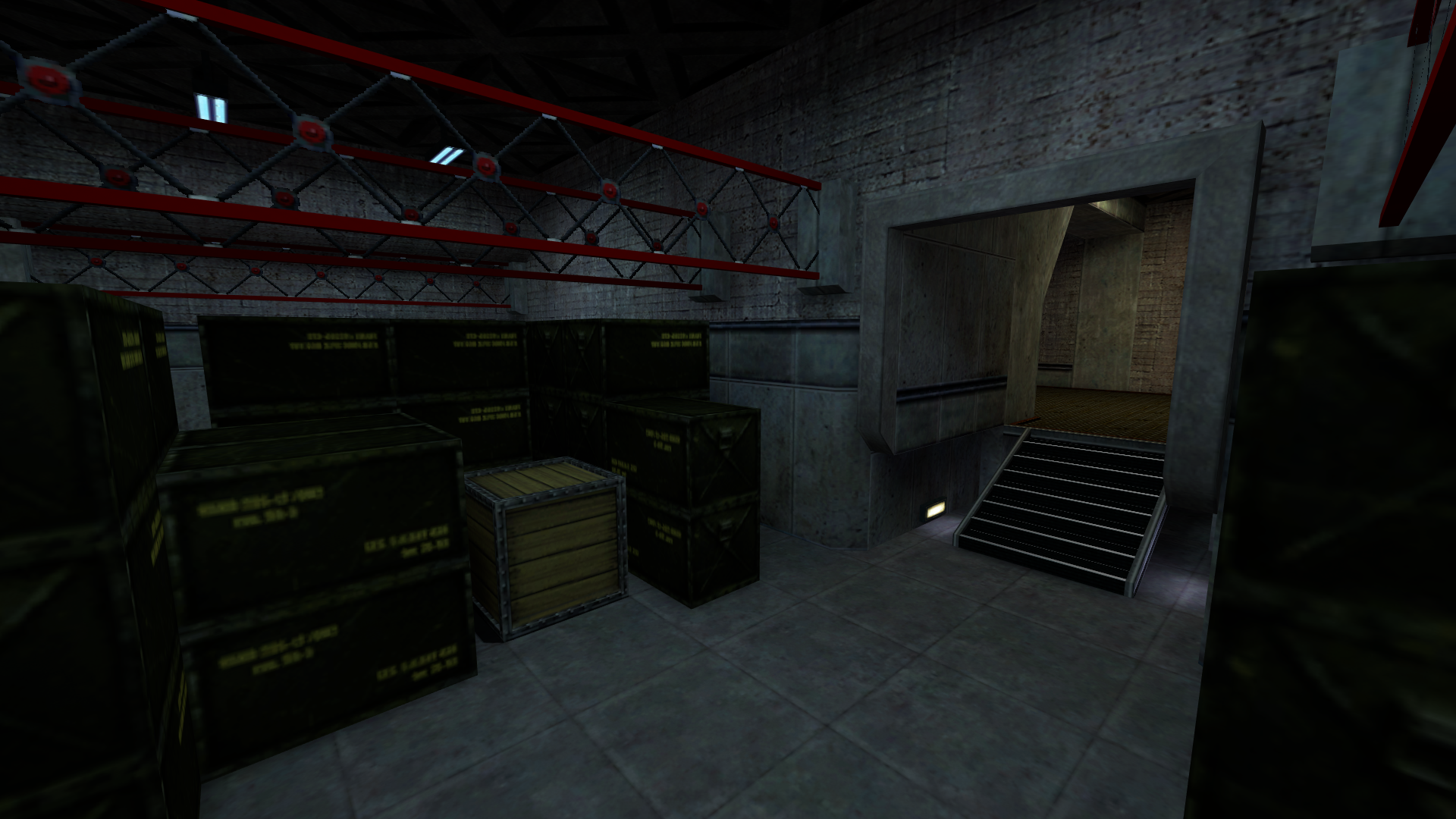 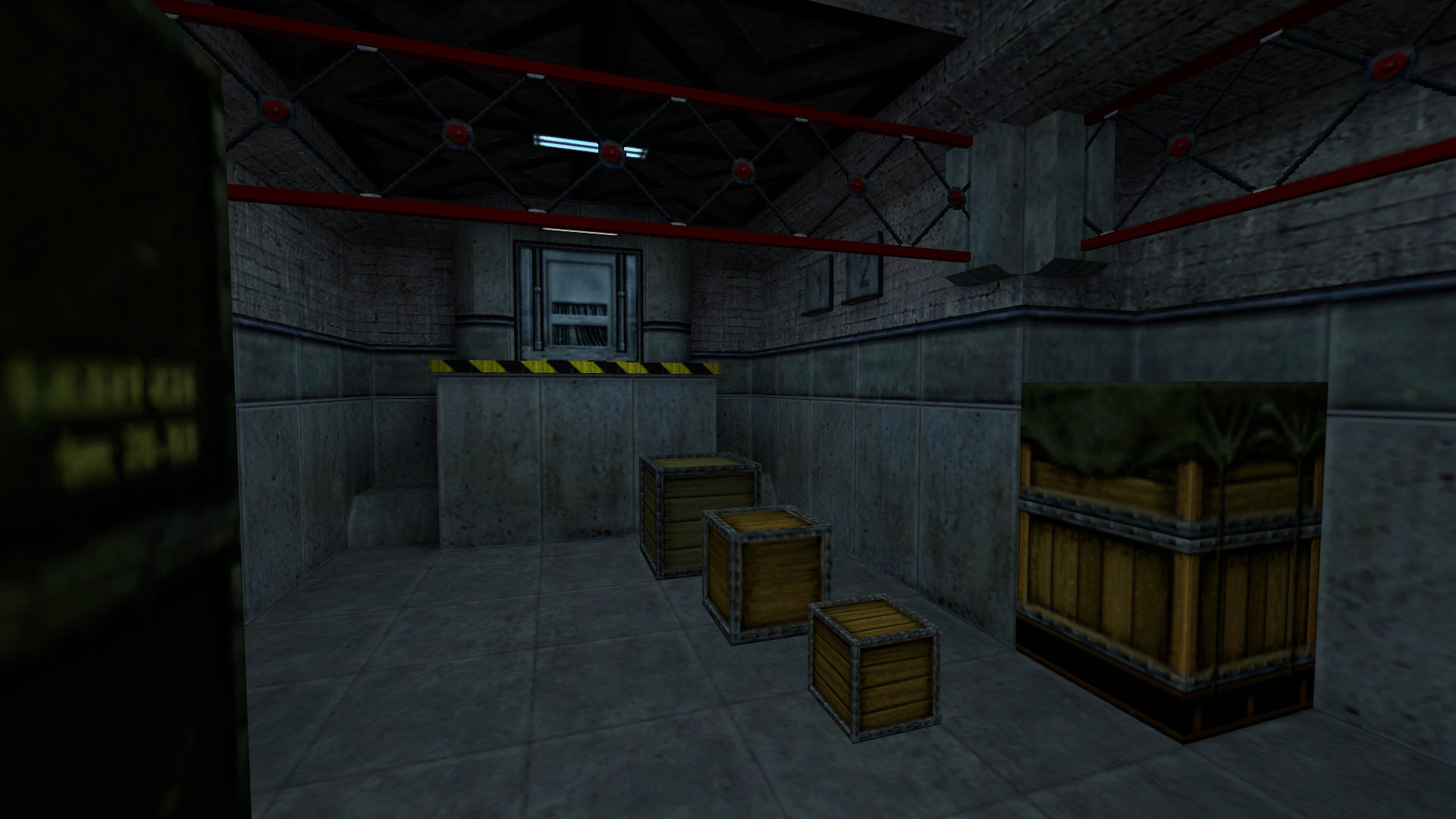 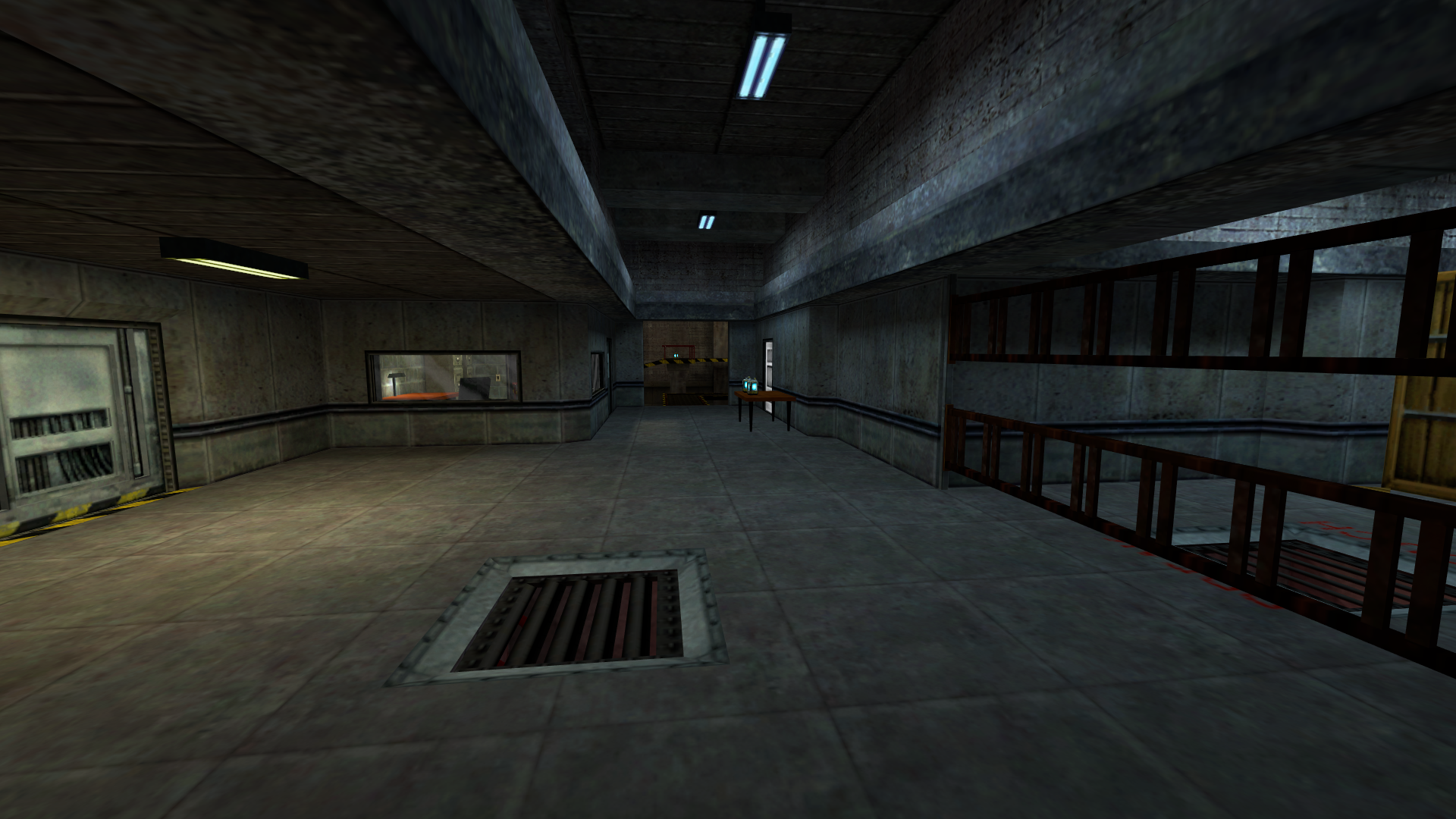 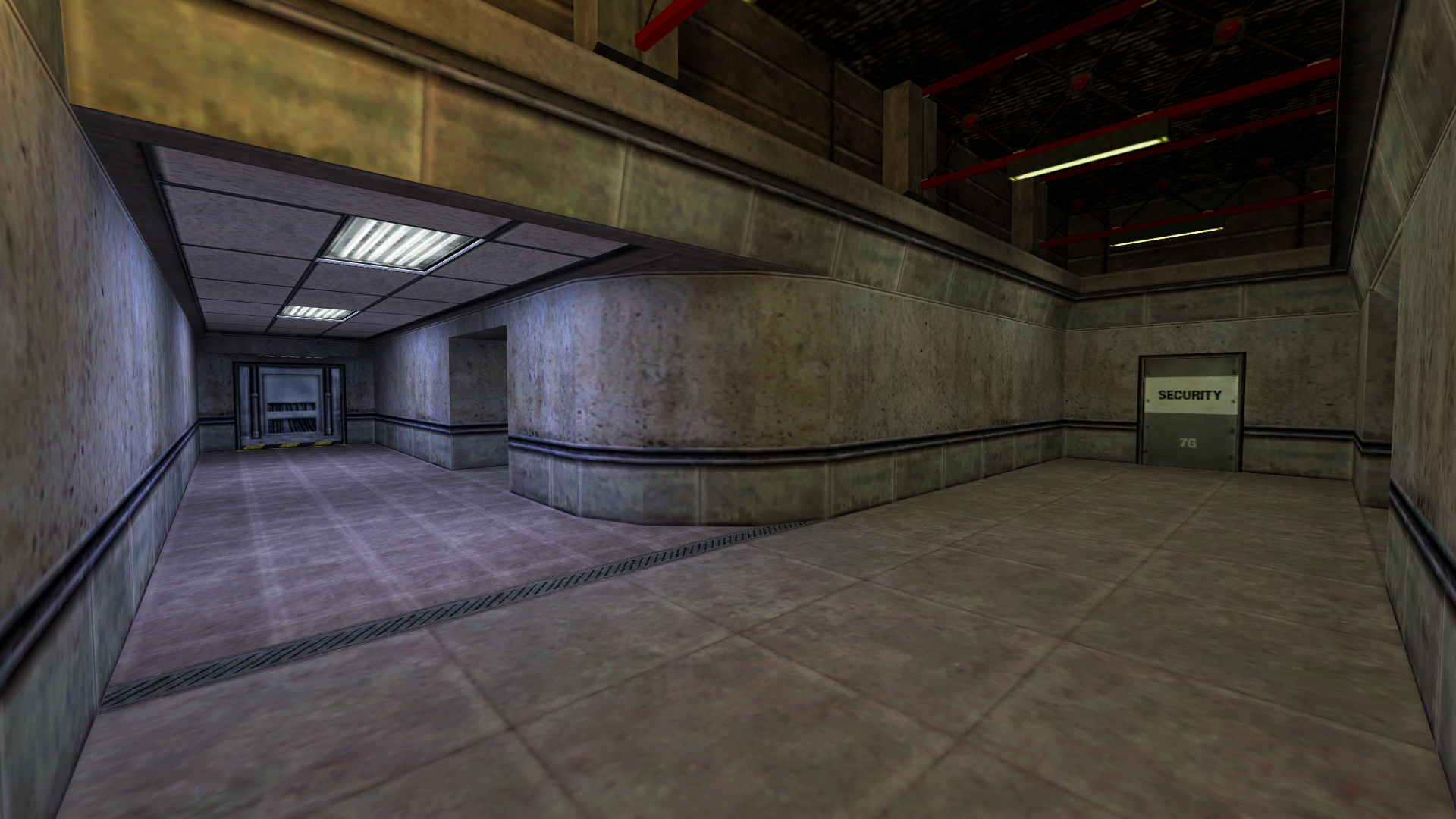 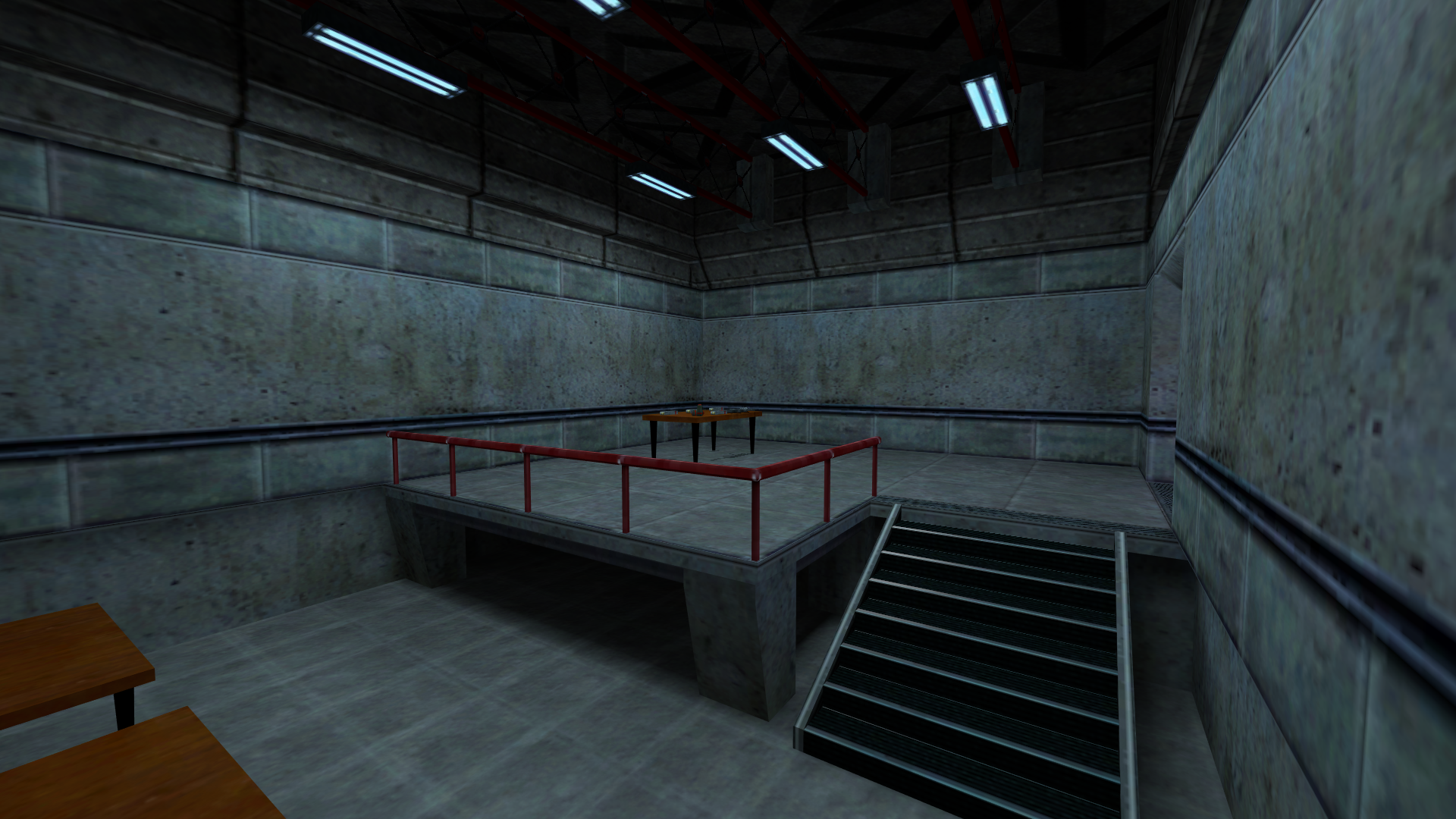 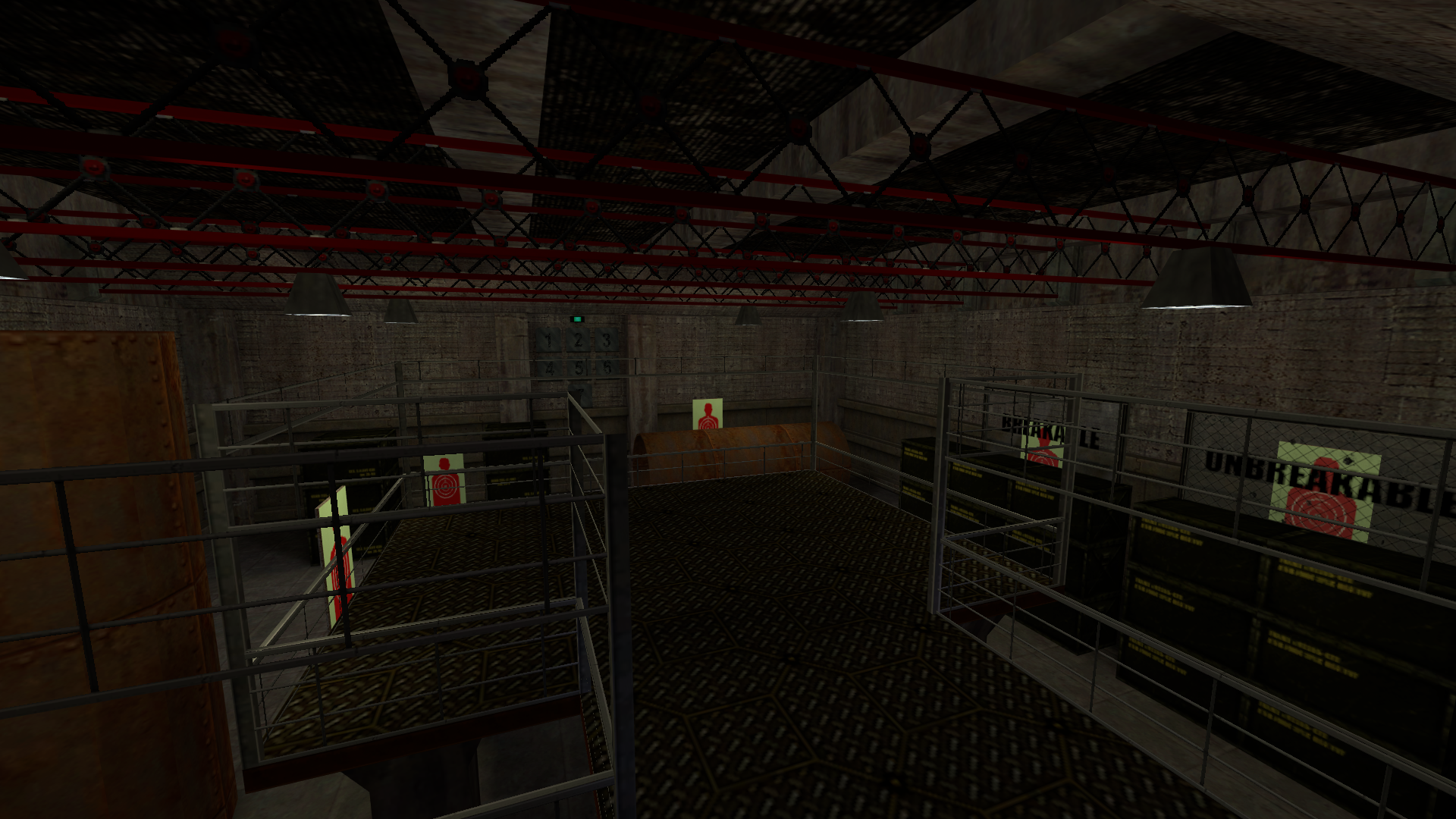 The biggest thing I want to capture with the recreation of the Black Mesa Hazard Course is the consistency among all the expansions. Interestingly enough, the keen eye of some of you would've noticed that the Hazard Course shows up in every expansion, including Half-Life: Opposing Force.

The difficulty comes into play when games such as Half-Life: Decay take full liberty of false perception and impossible geometry within the game world. I want to try and counter these impossibilities as best as I can and as I see fit. A great number of you probably haven't ever played Half-Life: Decay. If you were to pay close attention to Hazardous Course, (or just enable cheats and noclip outside the level) you'd notice that areas don't connect the way they should and this isn't the only map/area/chapter that has this fault. It's hard to call it a fault, but rather a clever usage of the game engine and also how the player will honestly never really notice these peculiar mishaps.

Areas in all Valve games overlap because of Level transitions or just by poor/rushed design. One of my set goals was to combine as many maps as I can while still being able to increase the complexity of the level geometry in each area. This issue with level transitions rears its ugly head quite often.

My efforts are there with intention to future proof the project in hopes that one day "Mega BSPs" or other forms of continuous stream of "load-less" map rendering technology comes into play. The few YouTube videos of all the maps stitched together show how extreme the overlapping of the maps truly are, some areas on the surface are actually below areas that are deep underground; I am to correct this from an architectural standpoint as much as I can. My knowledge of Source 2 is pretty vague and general, and I still don't foresee having the entire game world render at once being a viable option just yet.

I'm a true believer in keeping things pretty close to the chest when it comes to the development of this project; so in showing as much as I have already, I feel I've spoiled quite a bit. There's still a lot I haven't shown but this one was something I felt that was owed to the community as a whole.

My work is supposed to be an experience and screenshots never really do it justice. I'm against demos for mods like this one in particular and I don't have enough to show for a video.

To the great members of this community who have supported me through my hardships, I hope these will be enough to reassure you that I'm far from dead and that this project too is far from dead.

With the 1.0 release of Black Mesa Source and the surprise upcoming release of Half-Life: Alyx, the relevancy of my project is becoming even more non-existent then it was when it was first conceived 14 years ago. My extremely niche vision will be kept alive through me, and the very small select few who see my vision. I'm tired of seeing half-assed, shitty, ports of all these games and I want to be the one to serve them the justice they deserve. Seeing the continual bombardment of poor quality, lifeless, mods aimed to "port" Goldsrc content had driven me to post this new article showing old progress I've since made.

My efforts towards creating a new 'pickup/push' physics objects wasn't... entirely successful. This test was trying to combine the benefits of both the Half-Life 2 style and restoring of the Half-Life 1 style of moving "pushable" objects.

I imported my new testchamber into Half-Life 2 a long while back.

An old test of the newly rebuilt testchamber, it's come a long way since then so I feel comfortable posting this without entirely spoiling it.

Even if it's small, great work

What is this mod exactly?
How does it compare to something like Black Mesa?

It's not correct to compare it to Black Mesa.

As much as I understand it's an attempt at making a quality ports of Blue Shift and Opposing Force to Source Engine the same way as Half-Life: Source was done, but also fixing logical mistakes and issues the original Valve (and Gearbox) developers did with their design and level layout consistency as stated in the article.

That pickup and push system looks so fun to use!

Serious dude, no need to apologize. You're body, mind and soul come first and foremost.

On the subject of the levels themselves, it's absolutely ACE my man!

"With the 1.0 release of Black Mesa Source and the surprise upcoming release of Half-Life: Alyx, the relevancy of my project is becoming even more non-existent"
Absolutely not!

Not bad, keep up the good work.

For the crate pull / push, I recommend you to port the HL1 code as it gives better results ( plus you can clamp the speed so you don't have stuff launched at high speeds if you want ):

great stuff!! looking forward to hearing more about this.