Posts about updates and changes to the game have been next to non-existant, but the team are rocketing towards a public BETA and the word is getting around about Strength in Arms.

Posts about updates and changes to the game have been next to non-existant. We do apologise for the lack of updates, but the team are rocketing towards a public BETA, which we've been working pretty hard to make sure everything is right (and working!) before we let it loose on the world.

This is just a short update to inform you of the recent happenings with SiA's development. Everyone's been picking away at the large list of things we want to have done for the public BETA and it's all coming together extremely well, although Andrew has broken a lot more than a few things programming wise it's been relatively smooth sailing according to him.

We've been surprised at the amount of positive comments we've recieved about the game, lots of people enjoying the style of gameplay we've fleshed out, and the art style that Gerogina has put so much work into shaping. We were most surprised however, when Strength in Arms was featured (although only a very small feature) in the PCPowerPlay magazine here in Australia (November 2010 issue for those of you in the land down under) as a part of the article for the Freeplay festival held in Melbourne where we had a playable demo of the game.

So we come to the time when I tell you approximately when we'll be letting you get your hands on it. Right? Well, we've got our final presentation on Monday, that's when SiA goes from being a Uni project, to an Indie project; and that's pretty much when we get the freedom to do what we want, when we want. So it will be sometime soon, we'll set an exact date when the final presentation is complete.

In the meantime, I leave you with some pictures from Freeplay! 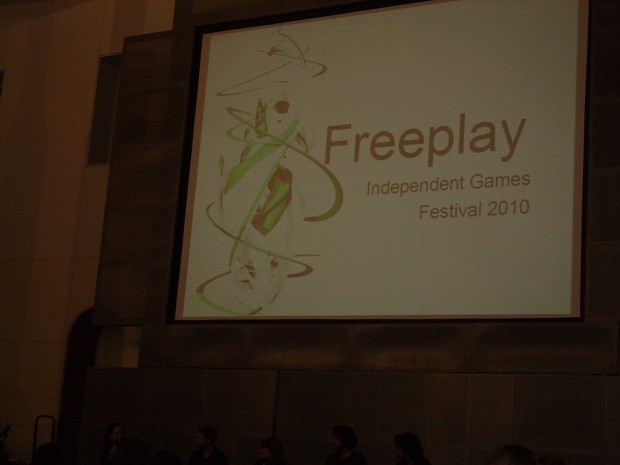 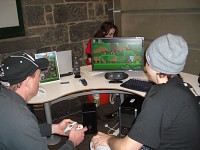 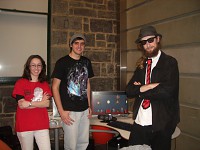