I recently realised how much time has passed since my last update on here and so I thought I’d put together a small update to show a little bit of what has been going on in my absence.

Over the past few months I’ve been hard at work on the final level of Dear Esther, which has been progressing nicely for the most part; however, due to the sheer scale of the level, I have found that it’s taking me a lot longer than I had anticipated to get it finished. My biggest challenge with this level is not only detailing such a huge area and keeping it running smoothly, but also making sure it looks good on both a horizontal and vertical playing field; for example something that looks good at sea level can look awful from way up on the mount. However I feel like I'm finally getting the hang of it now and over the past few weeks have finished sculpting the level and am working on detailing the environment, some of which can be seen here: (Of course, very, very early WIP!) 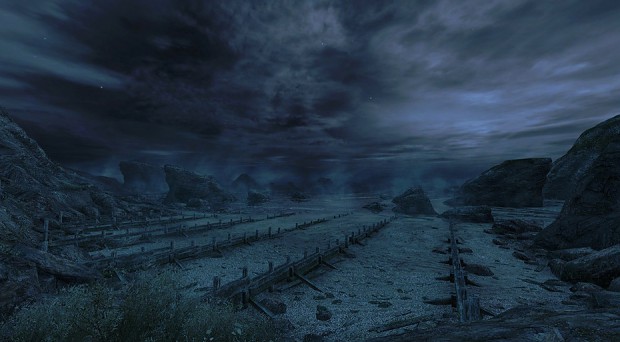 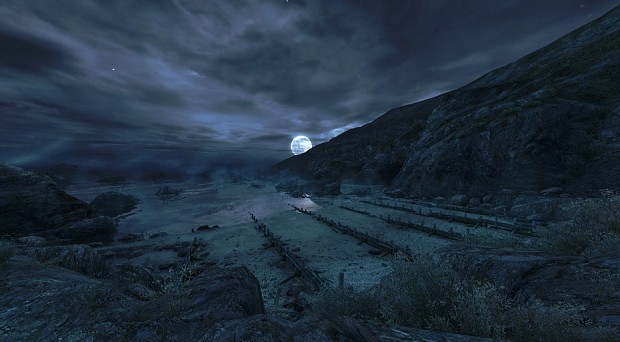 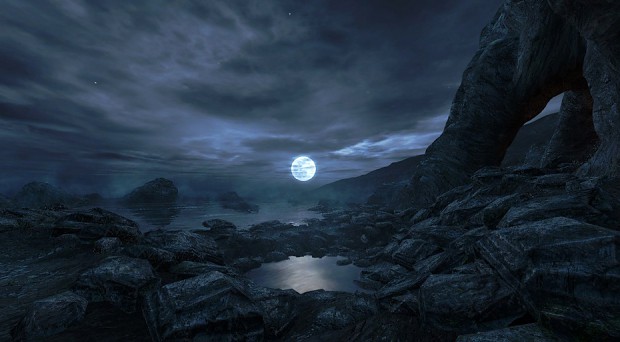 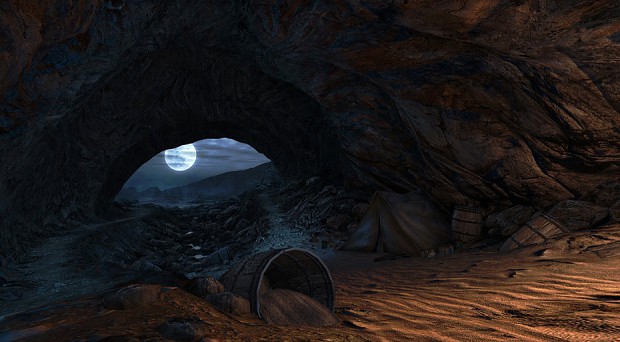 Other than that there have also been a lot of small tweaks and improvements going on in the background to the source engine, the most significant of which would have to be the implementation of realistic detail foliage sway which has been also greatly optimised to use the GPU and the SSE instruction set, to quote my coder Jack Morgan:

"For Dear Esther Robert really wanted to push the limitations of the Source Engine’s foliage capabilities. Dear Esther sees the player exploring outdoor scenes of relative geometrically complexity and the ground surface in many of these scenes is dense with foliage. In their former state the mechanics driving the propagation and rendering of ground foliage were proving too costly to performance. As well the standing algorithms for simulating the wind’s effect on ground foliage were having a massive performance impact, and the end result appeared closer to a simulation of underwater currents on seaweed than wind on ground foliage.The solution to the performance problems was to defer as much of the calculation required to perform these tasks unto the GPU and calculating as much of what was left over using the SSE registries which were already being employed to handle some of the calculations on ground foliage but not to their full capacity.A complete redesign of the wind simulation was required to replace the 'underwater seaweed' effect with something which more accurately described ground foliage swaying in the wind. In short the new algorithm accounts for wind as a volume with a general direction which produces smaller volumes with more varied direction, on other words gusts."

If that made you go cross-eyed, then I have made a quick video to demonstrate the results of his jiggery-pokey: (NOTE: Video is a little jumpy and seems to be a little sped-up for some reason, but you get the idea!)

What this means is that I can now have sway on all of the foliage with very little extra cost, and as I think you’ll agree, it makes a huge difference in making the environment feel more alive!

What this means is that I can now have sway on all of the foliage with very little extra cost, and as I think you’ll agree, it makes a huge difference in making the environment feel more alive!Finally, I have decided to open up a Q&A session for the next update, so that I can help answer any questions you might have about Dear Esther. If you are scratching your head about anything, just submit your question in the comments and I will compile a list of answers for you in the next update!Not long to go now! :D

and he's so right with that expression! really beautiful what these guys are creating here... :)

The video really allows me to grasp the fact that this is an actual map, and I am truly blown away.

Just out of curiosity:
Do we have to ask the questions in the devblog commentary section to be considered for the Q&A, or are questions asked here considered as well?

You can post your question here or the Devblog, i'll be collecting them from both --Rob

I can't wait to play this mod again, it was plenty good with the bland mapping in the original

This literally made me drop my jaw. Dead serious. Great work as always.

That processor is a little underwhelming but the rest should be ok, that means you MAY be able to play it, not definate. If you can play games like alien swarm which use the same engine, then I don't see what not.

GHz is almost useless to compare processors by these days. There are just too many other factors. It has been said over and over by the maker that if your computer can run HL2 Episode 2 then you will be fine.

I love how the sky box and grasses moves. It gives life!

"very,very, very early WIP"
You've gotta be kiddin' me right? O_O
My mind would explode if I would even TRY to imagine the final version...
Excellent job dude!

This mod is the Cry of Fear for Source, engine wise.

Its like a Pure Orgams for Eyes..
WoW ...i ask myself for the System Specs that are needet to play this on High .. i expect something near Crisis on Middle ... Looks .. just .. WoW... i need it now , is there any Release Date or just TBD ^^?

looks amazing!
how do you use the gpu for the calculations?

Really does look great. As for the next update... I can't wait!

I wonder if it would ever be possible to release extremely detailed insight into how you actually created the astonishing environments of Dear Esther? I'm not asking for tutorials, but rather what the workflow, shaders, algorithms and so on were and how they in turn benefitted the modification.

In other words, I don't want to know how you modelled, coded or textured. I want to know why and what your techniques are. After all; many of us can handle those processes, but your ability to take them to a whole new level is incomprehensible.

I like how you say very early WIP when it already looks better than the finished product of most mods.

If I had seen that foliage sway video alone, not knowing from where it was I would truly say it was real footage. You guys are doing an awesome work, looking forward to it.

It's always nice to see what you state as "very early wip".
That looks rather "final" to me.
However, I'm looking forward to that delightful day when I can go ahead and play the "new" dear esther.

its just so, so,so beuatiful. *teardrop*

I applaud you, oh crafters of such an amazingly gorgeous (and soon to be playable if that date is correct) mod.

I haven't played the original (sorry) but I'll just ask a question I've seen someone ask before. Haven't played it so that there won't any spoilers with the new version.

Are you doing anything new in terms of the story, such as extending the story from the original or adding new voice work?

I need to change my pants.

Oh my god. Looking at this make evry mod that ever been made bad...

I am extremely impressed with this update!

Brilliant work as always :D When you displace the environments, do you ever use the sew function and if so, how do you solve the problem of the textures looking stretched?

Unfortunately, I can't enjoy this sort of awesomeness until I get a less sucky computer.

Fortunately, though, I am planning on buying myself one for christmas, so I'll probably beat you to a release >:p

This is beautiful! Teach me oh almighty god of pritty things!

Holy **** this looks amazing. Not to be insulting, but the original, though fairly interesting and very original, wasn't terrible fun, and I fear this will be the same. I was wondering, would you be willing to let someone turn this into an L4D2 campaign? The zombies would look like utter **** in such a beautiful envornment, but it'd be a lot more fun to play IMO.

turning this game into a l4d campaign completely defeats the purpose of the mod. the mod is about the story, not the gameplay.

@masonter The storyline doesn't have a whole lot of replay value, so when you're done with it, you can go over to L4D2 and shoot some zombies in the beautiful environment.

I think you have missed the point of this mod a little bit.

As some additional content once you have finished the story, maybe. (I think the game should have a few neat little extras after you have played for the nth time) But my no means emphasis on a L4D2 type shooter, I wouldn't download this mod if that's all I wanted from it. If it was a small unlockable after you have played through the story, then I think it would be nice!

Dear Esther is meant to be different, not another shooter. What you suggest equals walking into a 5 star restaurant and ask them why they don't have MacDonalds food on their menu. That's insulting.